Given that is is August and Austin has hit 107 the last couple of days (not to mention over 100 for the past 19 days), I am not sure it will ever be used, but the new house has a couple of interesting features to help coax in a nice cool breeze. They probably work now, but that would basically turn the house into a convection oven... 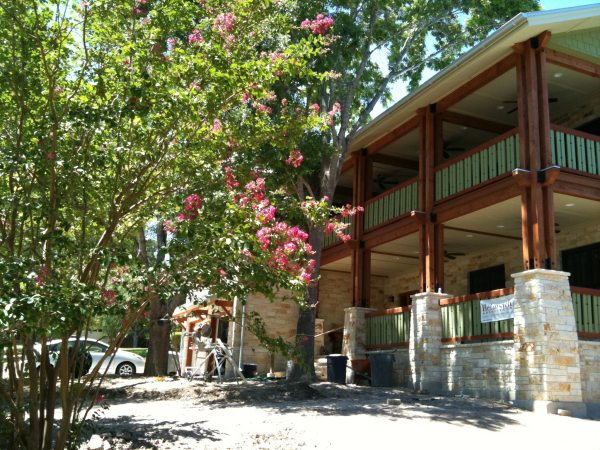 View of the house from the Southeast -- the direction of the prevailing breeze.

The first green building feature is the mass of the house, which is designed for breezes.  The winds predominantly come from the SE here, and fortunately the lot faces roughly that direction.  We extended the garage portion of the house out to help capture and channel the wind.  Next, we have large porches on this facade, which not only shade the windows but allow for a cooler air mass for the air coming in the windows.  The old Southern mansions used to hang ferns on the front edge of the porch to also help cool the air.  We will try this when we can hang a pot and not have it scorched within minutes.

Pop-up Dormer with operating awning windows at back side of house allows north light and creates breeze with the chimney effect.

The second green feature is to have a narrow open house with clear air flows to allow the breeze to easily move through the house.  We added a pop-up dormer on the back side, which in addition to allowing north light into the house, allows air to move up and out of the house with the chimney effect.

The third feature is the addition of lots of operable windows.  We have this in the double-hung Marvin Integrity windows we used.  As an added bonus, the double-hung nature of the windows allows us to shape how the air flow through the house.  Since the front door is a big part of the facade, we wanted to make sure we could get air in through this area as well.  However, given the insects of Texas (yes, they too are bigger in Texas), we needed to have screens.  I have never been a big fan of screen doors -- I hate opening two doors.  To solve this problem, we had a custom door made that has operable sidelights with screens.  Now, when the weather is right, we can open the sidelights to get the air and have screens without having a screen door. 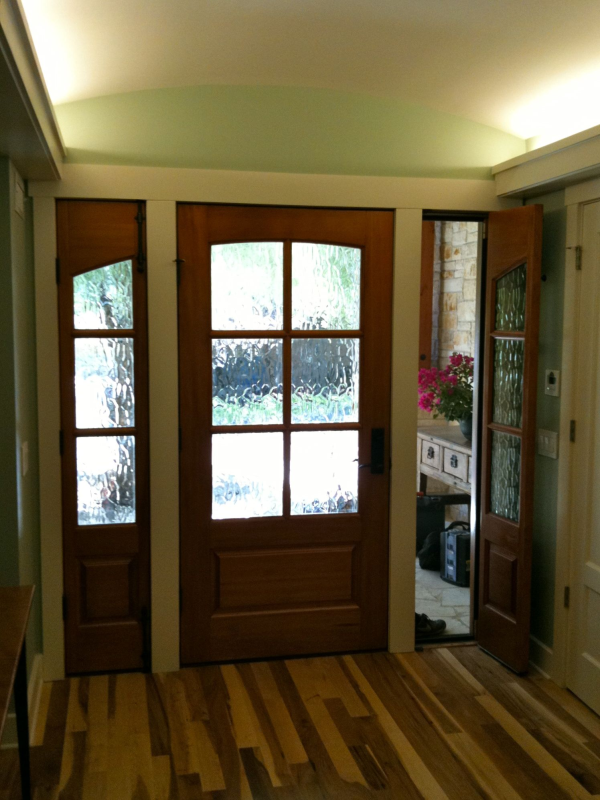 Front Door has operable sidelights with screen, to allow breezes while avoiding a screen door.

There are lots of interesting ways to help coax the breeze through houses -- just look at the pre-air conditioned houses.  But since most of them are structural, they should be addressed at the outset of the design process, so make sure you are talking through these issues with your architect and builder as early as possible.