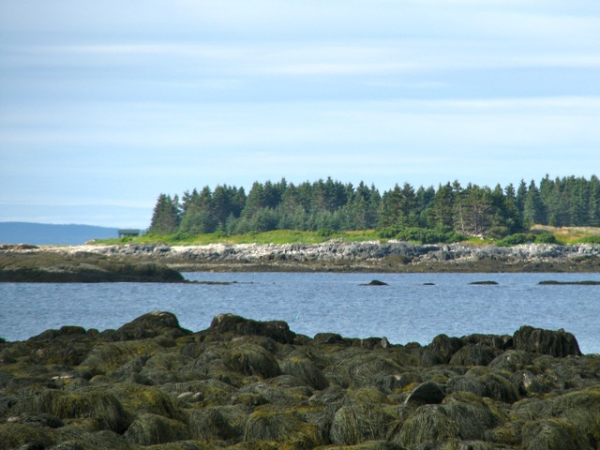 Islesford, Maine on Little Cranberry Island is a beautiful place, but has very few frills.  For the year-round residents and the summer regulars who join them, the essentials are all that count.  There's the Neighborhood House that shares space with a public library and a one-room post-office that doubles as the island store.  The one restaurant is seasonal, yet attracts a steady crowd of diners, many of whom make this a regular stop on the Maine coast.

There are two churches on the island and both of them were crafted with the same no-frills approach.  The Islesford Congregational Church was built in 1898 in the shingle-style mode, typical of the area.  The large, unadorned gables and upright steeple form a simple and distinctive profile, just visible from the docks down the hill.  The front façade has three main windows, one of which has ornate stained glass. 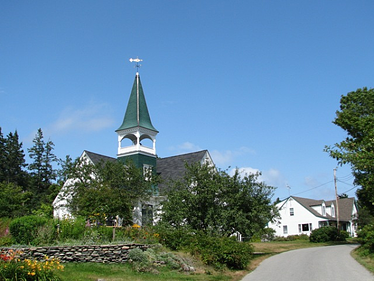 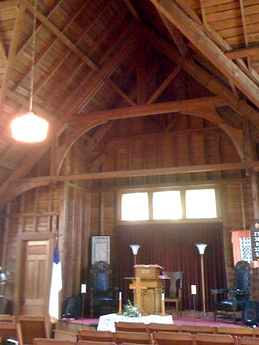 The church's main open space serves the larger summer congregation.  The interior remains unfinished, and unpainted; simply the exposed framing, roof and walls.  A bit of flare with the truss-work adds visual interest.  There is a modest organ and a carved wooden pulpit.  A smaller chapel serves the winter congregation.  This space has a finished interior, which I assume is heated and insulated.

Our Lady Star of the Sea is the Catholic chapel, located further inland in a clearing of trees.  Regular mass is held only in July and August.  The structure appears to be about 30 or 40 years old.  A basic rectangle shape covered in shingles, it has the utilitarian look of the old boathouses near the shoreline.

Like the Congregational Church, it also has unfinished interior walls.  The wood, however, is painted a monotone grey.  Pronounced down-lighting focuses attention on the modern altar.  The basics here also include a tabernacle in one corner behind the altar, and a statue of the Virgin Mary in the other.  Darkly-tinted stained glass windows make the small interior feel even more close and intimate.

We spent a delightful week on the island this summer.  As I contemplated the basic image presented by both these buildings, an old van added, literally, another note to consider.  The cars on the island are also pretty basic, just a handful of trucks for the lobstermen, and a few cars.  This old van had stenciled lettering on the rear door, "Caution Pastor, stay back 50 feet." 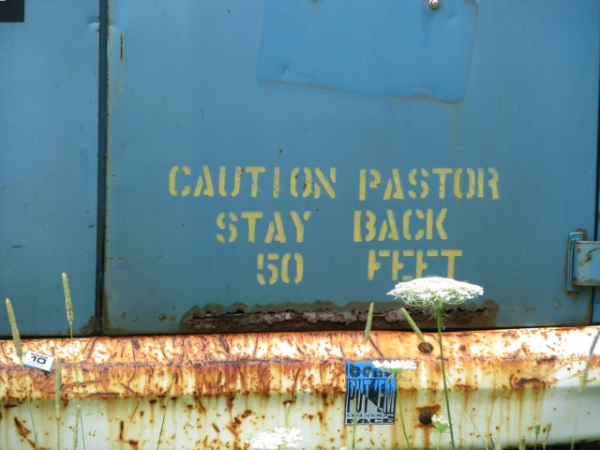