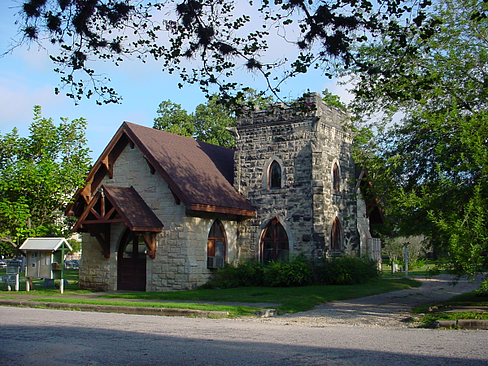 In 1914, Austin built a city chapel for all faiths. This small structure, located in the city’s oldest cemetery, has the potential to be a one-of-a-kind landmark. In the United States, very few, if any, non-denominational chapels were built and owned by municipal governments.

The Oakwood Cemetery Chapel is located in the center of the oldest cemetery in Austin, Texas. Both the Oakwood Cemetery and the Chapel are listed on the National Register of Historic Places and are Historical Austin Landmarks. The small stone chapel was designed by Charles H. Page in the Gothic Revival style and was built in 1914. It was originally used as a mortuary chapel. As the funeral industry developed and rituals changed, the need for the chapel diminished. The chapel was overlooked for many years. 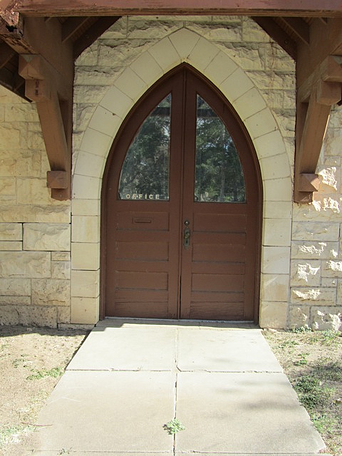 Neglect of this beautiful jewel has proven to be both a blessing and a curse. On the positive side, no major alterations or changes have compromised the building's interior or exterior.  Minor modifications in the 1940's were sympathetic to the design and had no significant impact. A partition wall added in the 1970's made an office in the front portion of the nave, but will easily be removed.

The building, however, has suffered significant deterioration due to the many years of neglect. The biggest challenge will be fixing the foundation movement that has caused cracking in the masonry walls. The roof, in past years, had leaks that were only recently addressed.  This resulted in a good deal of rot on the wood trim and damage to the interior plaster walls.

Save Austin’s Cemeteries was founded in 2004 in order to preserve the city’s valuable historic cemeteries. The SAC has taken on the Oakwood Chapel Restoration Project as the first in a series of projects to highlight their importance for future generations. Led by Leslie Wolfenden, the current SAC president, the effort started with HABS-level drawings in order to document the existing building. With the City's approval, SAC will begin raising funds from private donors, and other granting agencies. The project has already received a grant from National Trust for Historic Preservation. Here is a short film on the project.

As a partner of the Oakwood Cemetery Restoration Project, Heimsath Architects provided the feasibility study on a pro bono basis. The study includes the condition assessment of the existing structure, exploration of architectural restoration solutions, programming for community use of the chapel, and the potential of creative funding for the project. The study recommends a three-phase restoration project, which, when completed will see the entire structure repaired and restored. A small restroom/storage building will also be added behind the chapel to provide necessary support. 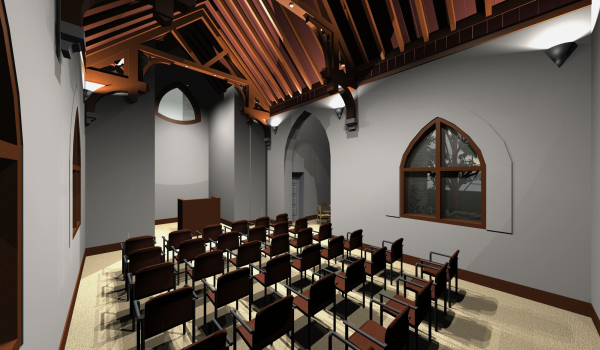 The restored chapel will be ideal for small receptions, presentations, performances, or a worship activities. Based on the extensive historical research, measured drawings and photographs, many gathered already by SAC members, we have created exterior and interior renderings, and a 3-D movie to show the Chapel in its restored condition. 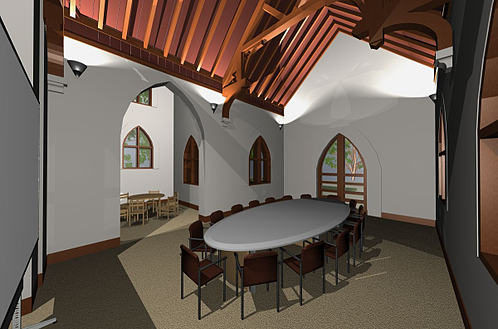 On July 19th, 2011, Ben Heimsath participated in a public meeting at Carver Library hosted by the City's Department of Parks and Recreation. Leslie Wolfenden presented an outline of how Save Austin Cemeteries will take the lead in restoring the Chapel on behalf of the City of Austin. Ben discussed the architectural challenges and also was interviewed by KVUE news. Attached is the link to the interview: http://www.kvue.com/news/local/Austinites-attempt-to-save-historic-East-Austin-chapel-125896059.html

Here's the video we produced for the feasibility study: