The Building Committee - a Great Group or a Big Mess?

"The Camel is a Horse Designed by a Committee" 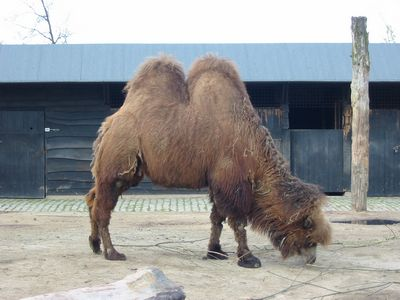 Why do committees get so little respect?  And Buildings Committees, by reputation, are considered by many to be among the worst types of committees.   We've worked with all kinds of building committees on hundreds of churches and spiritual spaces.  Just about everyone of them have been phenomenal.  Is the bad reputation truly deserved?

In his celebrated book, "The Wisdom of Crowds," author James Surowiecki devotes a full chapter to the problems with small groups and committees.  He documents several celebrated committee failures including an analysis of the 2003 Columbia shuttle disaster.  NASA's committee of experts, according to Surowiecki, allowed one member's dismissive attitude to stop a discussion about wing damage that happened at lift-off.  Even with the partial information available, the committee, had it functioned properly, could have prevented the fiery breakup that cost the lives of all seven crew members.

In short, committees suffer when leadership, full participation, and a clear goal or objective are lacking.  Conversely, when these, and other elements are present, small groups can produce miraculous results.  Silicon Valley icon, John Doerr describes these characteristics and others in his Stanford University Entrepreneurial Thought Leader address.  He calls these "Great Groups," and refers to a book by the same name.

The book, "Great Groups", by Warren Bennis, is subtitled, "the Secrets of Creative Collaboration."  Bennis acknowledges there is no way to guarantee that any group will be great, but there are ways to maximize their effectiveness.  The book is a fun read, with insights on several earth-changing events developed by Great Groups.  Bennis looks at the personalities behind the Manhattan Project and how the interactions within the group made the atomic bomb possible.  Another chapter reveals that it was a small, determined group of engineers at Xerox who actually pioneered the technology that became Apple's revolutionary MacIntosh computer.  That story reveals both the success that happened within the group, but also the failure of the larger organization that bungled the breakthrough results.

Here are some tips specifically for volunteers serving on building committees.  My partner, Eric MacInerney, organized some of the most important lessons we've learned from helping groups solve "impossible" problems.  Except for Bennis' contention that Great Group members are young (therefore, they don't know they can't do it) we believe all building committees should have the characteristics of a Great Group!