Historic preservation myths can be harmful!  Too many old buildings get neglected, ignored or demolished simply because people don't have the facts about preservation.  This is the third in a four-part series we've created to counter a significant bias against older buildings.

Can't wait?  If you would like to see the entire series:
Download  "Historic Buildings - Eleven Myths Dispelled" now.

Myth No. 7:  “Get the bulldozer!  Nobody will care or even notice if it's torn down.” 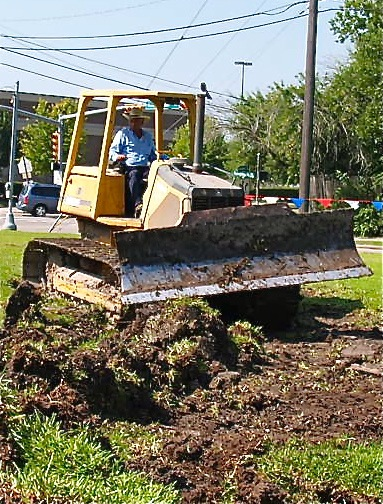 This is one myth that has gotten some owners in hot water.  Many communities have adopted procedures for reviewing build permits or demolition requests with older buildings.  Ignoring those procedures can result in fines or major legal issues.  The State of Texas has statutes that can force an owner to replace a historic building if it is torn down illegally.

Owners need to appreciate that many older buildings are landmarks.  Even if they don't have a sentimental attachment, someone will care.  A pro-active approach of engaging community discussion is often a good way to gauge the importance of a particular structure.  Sometimes those outside interests can have a positive impact.

The Norwood House in Austin as an example.  The building at one point was moved away from its original location, but a few years later, volunteers were able to move it back.  Sadly, they lacked the funds to restore the property. As a result, the structure has remained as a shell for over a decade. It is missing all of its roofing and exterior masonry and doesn't look much like the proud residence it once was. Yet is a prime candidate for restoration.

Heimsath Architects prepared this video to show the Norwood House as it could look fully restored.

The house and its grounds now belong to the City of Austin, which has only a minimal budget for the structure.  However, a new group of neighbors is actively raising money to restore the building using private funds in conjunction with the city.  A cursory look at this property gives little hint of the extraordinary efforts already underway to preserve one of Austin's premier bungalows. 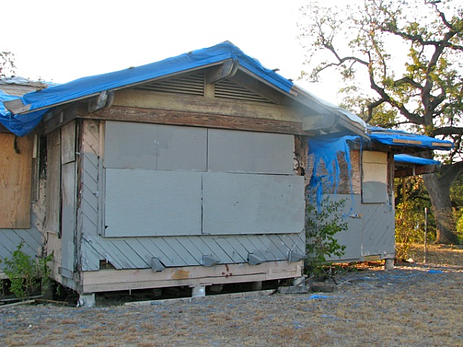 The Norwood House in Austin, Texas in its current condition, ready for restoration.

Myth No. 8: “We don’t want to be a landmark because we don’t want somebody to tell us what to do with our building.” 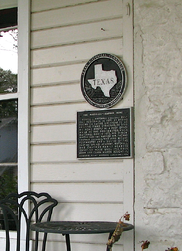 If a building is listed on the National Register of Historic Places, is a recorded Texas Landmark, or is a Historic Property listed in your city, then these governing bodies have the right to review any exterior work that is being done to the property.  A review by experts in the field can be a great resource.  New ideas or directions can be suggested for a historic structure.  These reviews may add some extra steps in the approval process, but rarely do they become a hindrance or impediment.

Unless the work being done is funded by public funds or there are tax breaks or incentives involved, then these organizations have actually little leverage over the work.  So long as their procedures are followed, even a negative vote may not hamper an owner from doing what he or she intends.  On a rare occasion, a group may try to use the appeals process to prevent some change or renovation, but if correct procedures are followed, it is very difficult to prevail over an owner's objection.  In the end, the recognition and resources associated with a landmark status far outweigh any negatives.