Church Kitchen Ideas - Before and After Examples

Church Kitchens are different kinds of spaces.  They accommodate food and cooking and baking and all the things associated with large gatherings or entertainment.  Many people think they are just like a residential kitchen but larger.  Some consultants treat them just like restaurants or catering businesses.  Neither model is right.  Church kitchens, like other places for ministry, work best when they can accommodate many volunteers and a wide variety of activities.  We've found there is no right answer for the perfect church kitchen, but there are certainly lots of wrong answers!  Here is a collection of before and after examples from some of our recent projects: 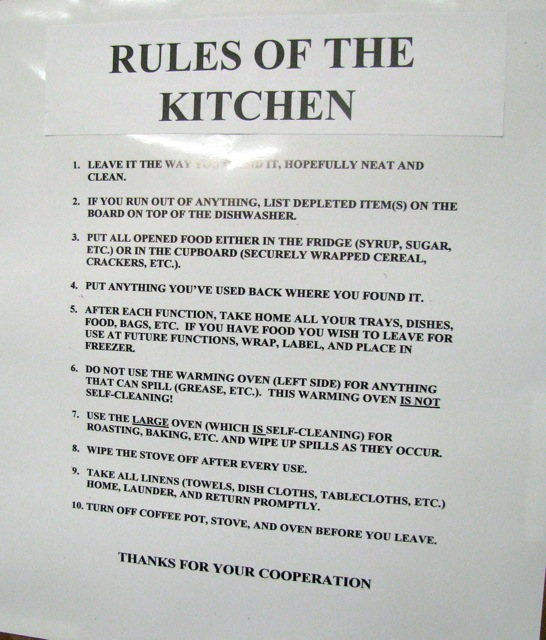 This sign indicates the complexity involved in running a church kitchen!

All Saints Episcopal Church in coastal North Carolina had built their first-phase structure apparently without considering the church kitchen a priority.  The assumption had been that only a small space would be needed for an occasional coffee or reception.  The room designated for the kitchen only opened onto a narrow hallway, it wasn't even connected to the main assembly space!

Needless to say, this arrangement proved to be woefully inadequate.  When we began planning the second-phase building, it became clear we also needed to tackle the kitchen problem.  A new kitchen addition was included in the program, attached directly to the original multi-use assembly space.  The congregation not only made the kitchen large enough, they also planned for greatly expanded uses.  Many kitchens function as informal meeting or gathering spaces in spite of the congestion.  This is one church kitchen that actually encourages meetings.  The counters double as tables for regularly scheduled church activities - even those that don't need the kitchen equipment.

Download these tips for designing a great church kitchen!

The problems with the kitchen at Christ Lutheran Church in Georgetown, Texas had gotten worse over time.  The kitchen was old and overused.  Outdated equipment, poor lighting, and under-sized electrical circuits were big issues.  However, the biggest problem was the cut-through circulation.  The kitchen door was the closest entry from the parking lot to the recreation center.  People were constantly walking through the kitchen, because the other entries were too far away.

The old kitchen's biggest flaw was its location near the parking lot!

The new kitchen (below) serves many functions and is out of the traffic flow. 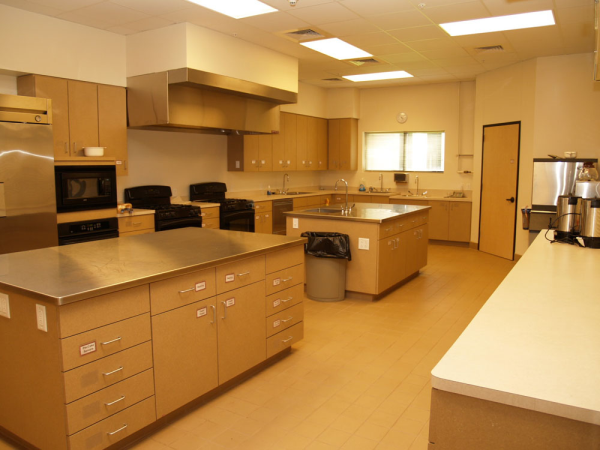 When the new Fellowship Hall was designed, the existing building was also renovated.  That allowed for a brand new kitchen in a new location.  The space has new equipment, lighting and proper electrical circuits.  The kitchen committee is very pleased for many reasons.  However, one of the most important reasons happens to be the improved circulation.  A new entry was also added to the building.  Now, anyone trying to get inside knows where to go, and the kitchen door is around the side.  There's no more cut-through traffic!

Download these tips for designing a great church kitchen!

As we began discussing the new Parish Activity Center for Emmaus Catholic Church in Lakeway, Texas, the complete lack of a kitchen was a thorny issue. Apparently, the kitchen, and a downstairs fellowship space had been cut from their church building program years before.  With no other space available, receptions and gatherings were being held in the foyer.  They had no kitchen to support these activities, so a reception desk served as a make-shift kitchen whenever food was involved.

For any large food-related activity, the new kitchen is designed to serve both the large multi-use room, and the youth center.  A full commercial kitchen, it has its own outside loading area.  The kitchen works efficiently for an outside caterer, but the congregation still has many pot-luck dinners.  These dinners use the counter tops in the kitchen, and also portable counters that are setup in the space. 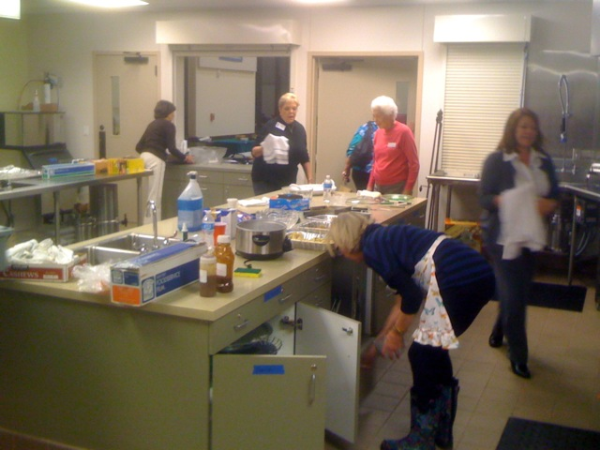 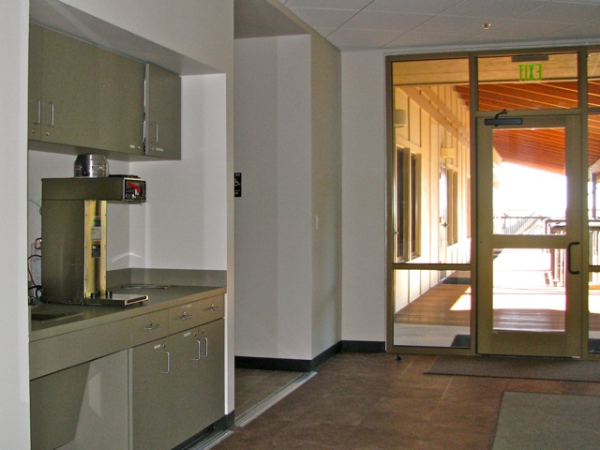 The new building has a two-level entry foyer.  We placed a coffee bar on the upper level to accommodate small receptions or gatherings.  On the ground floor, by the youth center, a kitchen counter serves as full-service coffee house, complete with espresso machine.

Like to know more about church kitchens?  Check out our Church Kitchen Resource Page for more great information.