Imagine a world without any gas stations - none on the roadway, none in the neighborhood.  Imagine a stoplight with waiting cars and no smell or fumes.  Imagine a busy street without the rumble of engine noise.  Don't just imagine these things, get ready for them.  Electric cars are coming and there are big implications.  Avoiding the high cost of gasoline is just the beginning.  The electric car implications are big.  This revolution will have a lasting impact on the built environment. 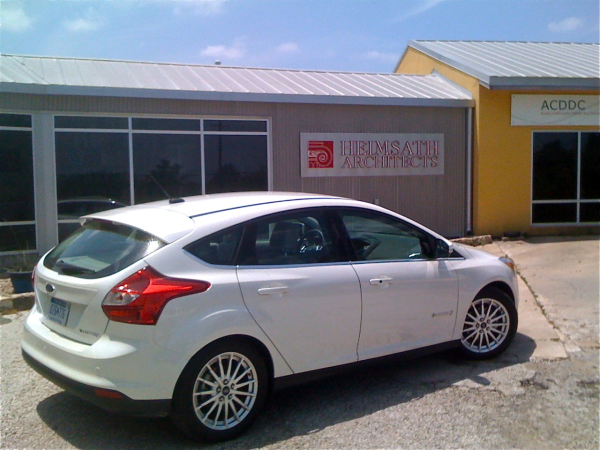 A remarkable documentary on electric cars aired recently on PBS.  It inspired me to take an electric car for a test drive.  A collection from Ford was on display at the Mueller development, giving neighbors an up-close look and feel for the car of the future.  I can't claim I'm a car expert, but the drive in the electric Ford Focuswas remarkable.

Watch It's Baaaaack! on PBS. See more from Independent Lens.

The best thing about the electric was that in every way it was just like a gas-powered vehicle.  The pick-up and responsiveness was sharp and immediate.  The car handled beautifully.  I could honestly say that if I got behind the wheel without knowing the Focus was electric, I would have no idea there was any difference.  Well, I might have sensed that there was no obvious gear shifting, or missed the engine rumble, but that's not generally noticeable anyway in a high-end car. 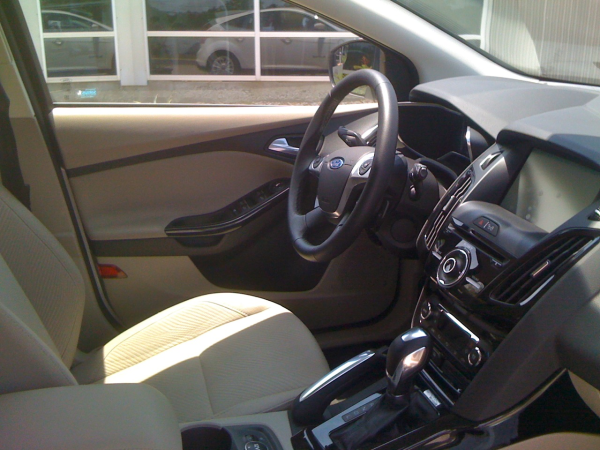 OK, there will be some trade-offs for embracing electric cars at this time.  The range does have limits.  The Ford people suggest 75 miles before the next charge.  The Nissan Leaf, a smaller vehicle, boasts a range of 100 miles.  While range limits sound scary, the vast majority of car trips are for short distances.  How worried are we about jumping in the old gas-guzzler with less than a quarter tank?  Over time, better batteries and a proliferation of charging options should make the range constraint go away.  As will the cost premium.  The technology is quickly becoming more available, and already costs are coming down.

So I drove what I can easily say is a great car, electric or otherwise, and imagined the implications.  Why do we need gas stations?  I imagined plugging in at the grocery store for a long-ish charge, or at the dry cleaners for a quick one.  We could skip the truck stops on our cross-country treks and recharge both car and driver at a rest stop or coffee shop.  I thought of all the residential neighborhoods near highways that need sound screening and barrier walls to dampen the noise.  Maybe the walls could be replaced by trees and bushes.
I imagined crosswalks near busy streets without the heat and fumes of idling engines.  And I began thinking of the best way to feed a charging station in our driveway.  It really isn't too difficult, the drive is close enough to the house to just add a receptacle in the wall.
An electric motor needs fewer repairs, and should run much longer than its gas-powered equivalent. So what should be done with all those garages?  And the gas stations, what about those?  Well, once the old storage tanks are removed, we should have an adaptable structure, ready for retrofit.  As an architect, I have begun to imagine all kinds of incredible people spaces made out of those old car spaces.  In four or five years, who knows how many other ways the electric car will hasten environmental change?