After the 2nd World War, many cities in Europe were rebuilt as New Towns.  These developments were based on many of the principals of the Garden City Movement, promoted by Ebenezer Howard.  These New Towns became an important precedent for American suburbs, though most often without the encumbrances of the European regulatory environment.  But we missed one thing the Europeans got right.  The church and development were planned together in many New Towns.  American planners, sadly, have given little or no thought to the role of the church in their new communities. 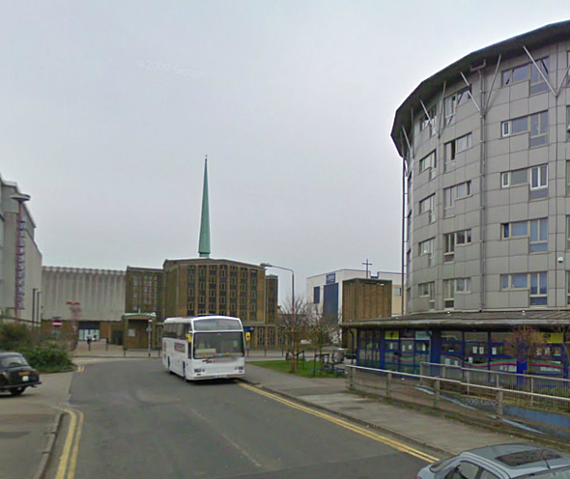 The church is in the center of an New Town in England.

In the early 1960's, I was a consultant to a NASA research effort to apply space energy technology to the design of urban communities.  I was privileged to visit several model European New Towns as they expanded or continued construction.  Though we were studying the energy conservation and generating technologies (a generation before our green building movement!),  I noted how planners placed churches right in the center of the town.  Planners had carefully laid out the commercial downtown and right in the center, a place was reserved for the church.  St Paul’s Church in the New Town of Harlow in Sussex, Great Britain, for example, is a focal point of the new downtown.

There have been a few exceptions.  In the 1960s, the planners for the New Town of Columbia Maryland located interdenominational chapels in the city center.  But the majority of new developments to this day give scant consideration of the church or its role in the life of a community.

The typical planning and zoning process places major uses, retail, offices, multi-family and single family together.  The church doesn't automatically fit in any one of these, but may be designed to relate to any of them.  In some instances, church lots are placed at the edge of a housing area, but often as an afterthought, with little connection to other community resources.  Developers are giving considerable attention to amenities such as parks, jogging trails and water features and could easily include plans for churches.  Even the new urban settlements ignore the European model and leave churches out of their community or commercial centers. What has happens to the church in most developments is they are relegated to compete with large commercial or industrial buildings for sites along highways, or outside of the main settlement.

It is ironic that historically, American towns actually celebrated the location of the church.  Nearly as many towns in America have a "Church Street," as have a "Main Street." In the Southwest, the tradition from Spanish settlement often gave the church its own plaza, or at least connected it to the civic plaza at the heart of the town.  Another early example is in New Orleans.  The heart of the French Quarter is St. Mark's Square, with St. Mark's Cathedral the main focus.

Years ago, Heimsath Architects designed Cypress Creek Christian Church in Spring, Texas as part of an overall master plan for the Cypress Creek Municipal Center. Placement of other municipal facilities, a fire station on one side and a library on the other was designed to maximize the circulation between the city and church functions and to share parking spaces.  Over the years, both the church and the city facilities have changed and expanded, but the basic connectivity remains at the heart of the community.  Why can't we do more planning like this? 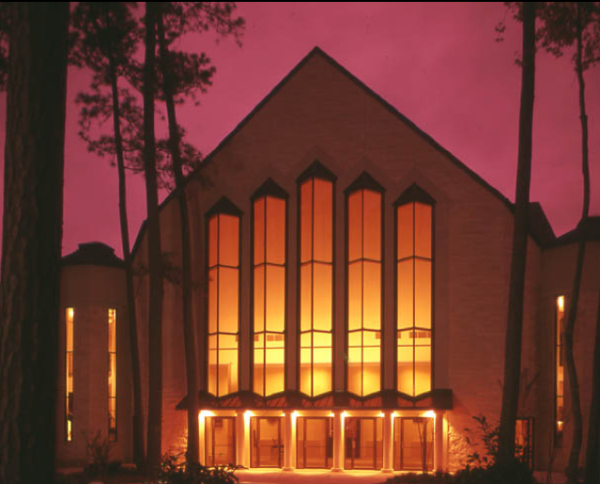