Church Design - Then and Now 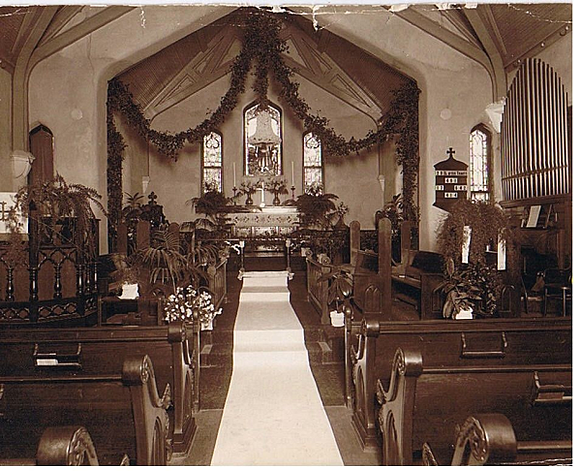 Christ Episcopal Church in Temple, Texas was built in 1915.
There are so many things that have changed in our society in the past 100 to 150 years, it's surprising that in many ways, today's church is a lot like the place of worship in the 20th, or even the 19th Century.  In some important ways, however, church design in the 21st Century can be radically different.  While there has been a lot of discussion recently regarding traditional versus contemporary church designs, our experience suggests that most congregations have a strong interest in both.  Rather than choosing between two opposites, many groups celebrate their rich heritage of worship while adapting and updating to the present-day world. 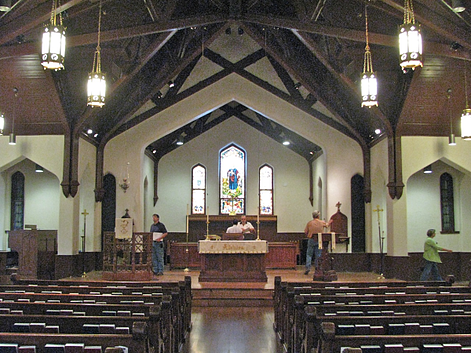 Christ Episcopal Church in Temple, Texas, after the preservation and expansion project.
Among the major differences between the modern worship space and a 19th or early 20th Century church would be the technology.  We wouldn't see electric lights or projected images in any church gathering.  There wouldn't be any amplified music, or microphones for preachers or singers.  There would be no air-conditioning or indoor plumbing - that means outhouses, no bathrooms!  No one would remind you to turn off your cell phone before the service.

The way a congregation used their church building would also be different.
Though a congregation would gather for Sunday service, there may be little or no other activities at the church during the week.  You wouldn't see a large fellowship hall or large narthex or gathering space.  At most there would be a small foyer through which everyone exited, single-file. 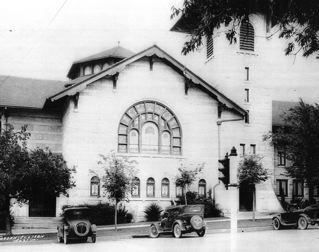 University United Methodist Church, Austin, Texas - image from the 1920's.
There would be no need for a parking lot.  Most congregation members lived nearby and nearly everyone would arrive on foot.  A few may come by carriage and even fewer may use the newest mode of transportation, the motorcar.  In larger towns, people might arrive by street-car or train.  And forget handicap access.  The church front door was often up a large flight of stairs.  The main floor level was raised up high above the street, perhaps to better catch prevailing breezes on hotter days.

However, many elements would be quite familiar.  There would be a place for reading the gospel and preaching the sermon - we'd recognize the pulpit, though we might call it an ambo.  In many Christian churches, the sacraments would have the same meaning and the same elements - a table for the Eucharistic meal, a font for baptism.  Today, however, the font may be greatly increased in size and prominence.

Some elements have changed in subtle, but important ways.  In the old church, the altar would most likely be against a wall and the celebrant would turn his back to the congregation as he faced it.  Now, the altar is almost always free-standing, the symbolic table for the gathered community.  The minister faces the congregation during the Eucharistic celebration.  An altar rail or a rood screen in the old church defined a separation between the congregation and the ministers.  Today, some groups may have an altar rail  for the distribution of the Eucharist, but large openings make them less of a barrier.

In a 19th or early 20th Century church, there would be an emphasis on music, possibly with a pipe organ, or piano and choir.  There would be a focus on liturgical arts, in the stained glass, perhaps sculpture, or painting.  There might be a sacred landscape, though in the old days, they might call it a Jerusalem garden. 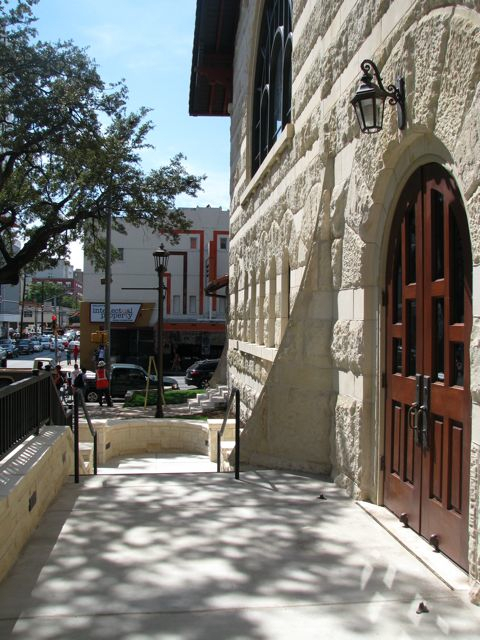 University United Methodist Church - A new entery plaza makes the historic front door fully accessible.
We work with many congregations who are stewards of older and sometimes historic churches.  We also work with many congregations building new places for worship.  A key question always is to look ahead to the decades to come.  We find the best solutions focus both the past and the future.  This means a focus on those most timeless elements of worship, and a realistic appreciation for flexibility in order to accommodate change.