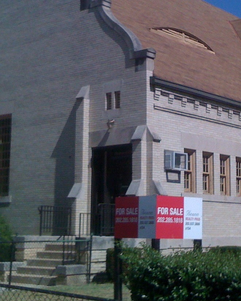 In the past decade, there have been increasing instances of church closure.  So what happens when a church is no longer needed?  When a congregation moves, or a denomination consolidates, something must be done with the old places.  Other congregations, or sympathetic groups may purchase and re-use the structures.  However, without a program or strategy for transition, many of these buildings face demolition, or are re-purposed in ways that cause lingering hurt or sadness for the surrounding community.

A recent conference in Albany, New York brought together preservationists, developers and public officials to focus on the unique challenges of preserving closed churches.  In an article about the conference, the Albany Times Union quotes our colleague, Tuomi Forrest, of the Partners for Sacred Places.  “We are on a cusp of accelerated closures and mergers." The number of vacant religious buildings is on the rise and will continue to grow.

The day-long conference featured panels and presentations with ideas for adapting these structures and examples of successful conversions.  There are some good examples of churches converted to condos or apartments.  One of my favorite is a project from the 1980’s by Boston architect Graham Gund.  He successfully transformed the remains of a church that burned into a condominium project called “Church Court.” 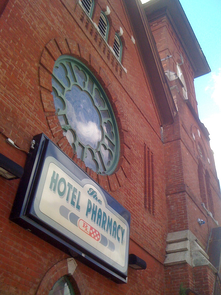 Several years ago, I visited a church in Vermont that was turned into a pharmacy.  That visit, and visits to several churches that are for sale, have started me thinking about the re-use of sacred spaces.

Heimsath Architects has addressed this issue on several occasions with congregations renovating, replacing, or re-purposed their old worship spaces.  Sensitivity to the unique issues in each community has been fundamental to making each case a success.

In the case of Holy Trinity Episcopal Church, in Fayetteville, North Carolina, we facilitated a process of discernment with participation of the entire congregation.  After considering all alternatives, the large majority agreed that the old chapel should be torn down in order to build a new worship space on the same site.  The old chapel was not historic, however, we felt the need for extra sensitivity to this issue.  The materials and proportions of our new church design recall the original church. 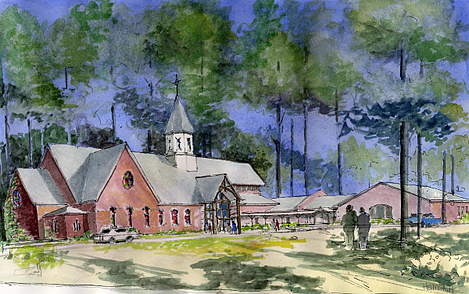 But when a congregation leaves an otherwise useful building, it becomes a special challenge to find ways to preserve and/or adapted the structure to new uses.  A large number of vintage churches are architectural or community landmarks.  The Times Union article also notes an unsuccessful attempt to convert a closed church into a brewery.  That brought back an old memory from my childhood in downtown Houston, Texas.  A nightclub opened in an old church in the Montrose area.  Re-named “the Sanctuary,” the establishment closed quickly, and the church was summarily torn down.

What happens when a place of sacred worship no longer serves its purpose is a fascinating question.  Some religious traditions suggest that a place, once sanctified, can never be abandoned or secularized.  Other faith traditions have rituals or activities associated with “de-sanctifying” a space. 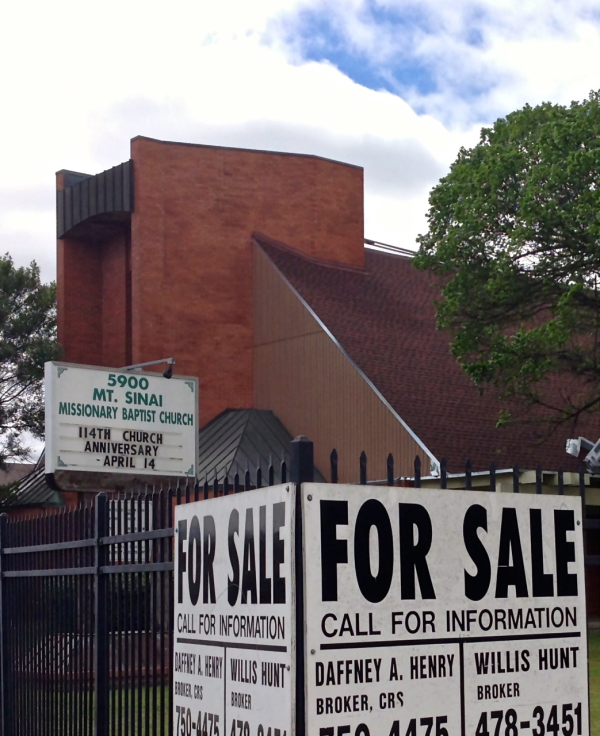 The conference, sponsored by the New York Landmarks Conservancy, is just a start in addressing this complicated challenge.  The big issues of community sentiment and tradition need to be addressed with exceptional care.  One conference attendee mentioned how deeply communities were beset by grief at the prospect of church closure.  This just shows again how a place of worship has connections to its neighborhood, its town, and to its congregation that makes it unlike any other building.

Do you need resources for your older church?  We’ve collected some of our best practices for reviving and keeping historic buildings, including churches, in good shape.  Download “The Care and Feeding of Your Historic Building.”