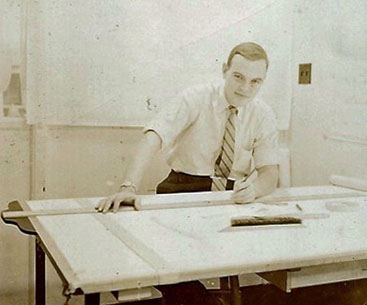 A half century ago I was an expert at drawing 3D images with a T-square and triangle.  Architects drew on large sheets of vellum or mylar with sharp pencil leads and precise technical pens.  The process of laying out a 3-D drawing started by locating the horizon line.  We worked from a 2D plan and would then project from the elevations by manually taking each line to the proper vanishing point. ... END_OF_DOCUMENT_TOKEN_TO_BE_REPLACED

Clovis Heimsath, FAIA writes about one of his passions - architectural watercolor renderings. With all the advancements in computer imaging, there's still an important role for traditional architectural watercolor renderings.  Overall concepts are developed in the master planning process.  The master plan may not have a final design, but it helps if the major ideas can be conveyed in shape and ... END_OF_DOCUMENT_TOKEN_TO_BE_REPLACED

In 1914, Austin built a city chapel for all faiths. This small structure, located in the city’s oldest cemetery, has the potential to be a one-of-a-kind landmark. In the United States, very few, if any, non-denominational chapels were built and owned by municipal governments.   The Oakwood Cemetery Chapel is located in the center of the oldest cemetery in Austin, Texas. Both the Oakwood Cemetery ... END_OF_DOCUMENT_TOKEN_TO_BE_REPLACED

The Spirit of Fayetteville, Texas - At Cappy's 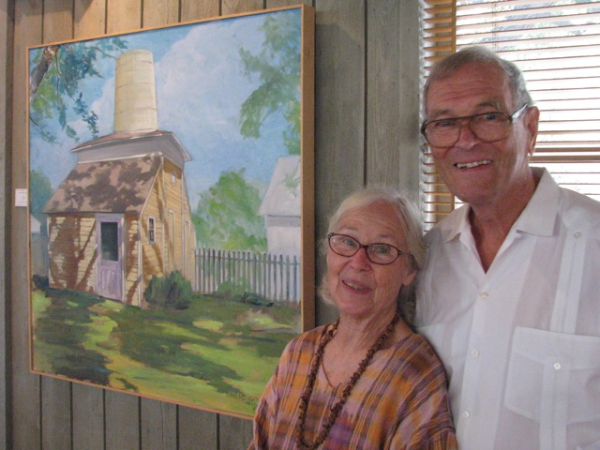 In addition to his remarkable watercolor presentations, Clovis Heimsath, our senior designer, is an accomplished painter.  His collection, "The Spirit of Fayetteville," is on display at Cappy's Restaurant in San Antonio, Texas through September 8. The opening reception this past Saturday was attended by may friends and Fayetteville neighbors.  Cappy's has been displaying artwork from prominent ... END_OF_DOCUMENT_TOKEN_TO_BE_REPLACED 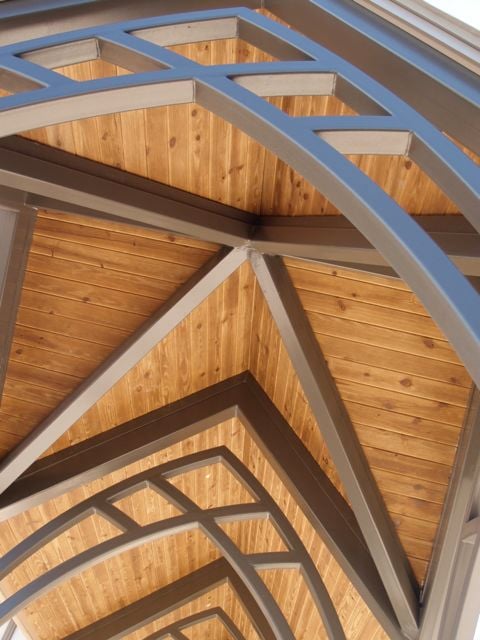 A short promotional film can go a long way towards getting people interested, and invested, in your project.  This film was culled from a much longer fundraising film Emmaus Catholic Parish commissioned Heimsath Architects to create during their capital campaign.  Here are a few simple tips that can help guide the process of making a successful promotional video. 1.  Show the project!  In this ... END_OF_DOCUMENT_TOKEN_TO_BE_REPLACED