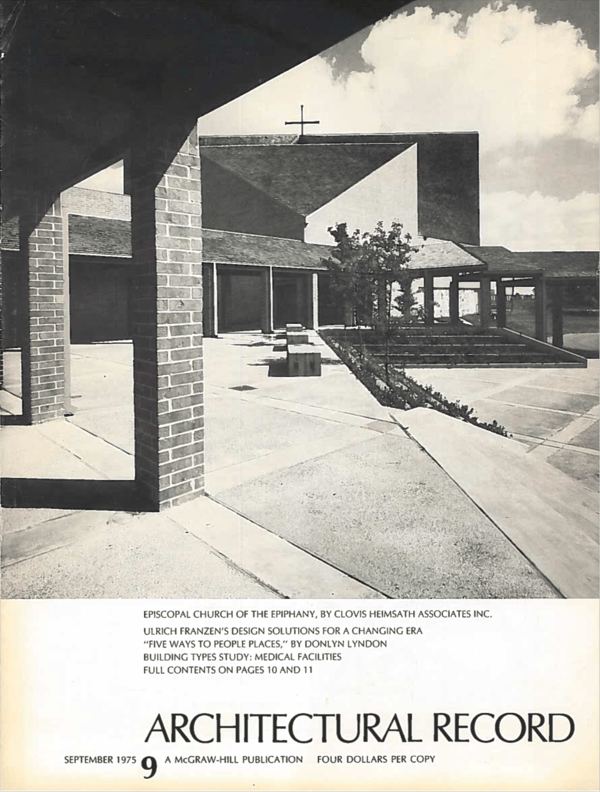 A dynamic group of Episcopalians in suburban Houston church wanted a strong community focus to house their place of worship, church administrations, and educational and social programs. The Episcopal Church of the Epiphany complex was completed in 1974 when the firm was known as Clovis Heimsath Architects. The site layout was set in a triangular plan – with the administrative and social buildings set between the sanctuary and educational building. To strengthen the impact of the design, the building complex was placed toward the intersection and incorporated a man-made earth mound. This raised elevation on an otherwise level site created a scale of importance for the worship space, both physically and psychologically.

From any point on the site one’s eye is immediately drawn to the top of the sanctuary. The double curvature roof form with its round stained glass window dominates the approach to the Episcopal Church of the Epiphany. This dramatic roof, featuring a traditional rose window, is sheltering the two-story square containing the glass-enclosed narthex and the sanctuary with choir loft. Pews seat 400 people on either side of the corner altar, backed by stained glass windows placed high in the exterior walls. The entry corner facing the central plaza serves to bring everyone together before and after the service.

The raised plaza also works to provide a hierarchy of spaces by creating a split-level plan in the administration and education buildings. The social parlor is at the piazza level. Offices and a chapel are placed a half-flight down and vesting rooms a high-flight above. In the education building an open plan is utilized. The nursery and Sunday school spaces a half-flight down and the fellowship hall a half-flight above. The result is a compact, multi-level complex emphasizing the community gathering spaces in a central location.

The undulating form of the sanctuary roof is the visual focus of the complex. It was conceived as a structure framed with conventional steel elements, the straight lines beautifully generating the curved surface. The structural engineer, Krahl & Gaddy Engineers, used an innovative approach at the time to design the complex double-curvature roof. However, the rest of the 19,000 SF complex used a more traditional approach to material selections. The exterior walls were primarily constructed with a light brown brick. Native rubble stone forms the lower interior and exterior walls of the sanctuary structure. Heavy timber atop brick columns supports the arcade roof connecting the separate functions.

As the lead designer, Clovis Heimsath fully embraced the expressed mission of the congregation, manifesting the Light of the Lord. This distinctive design was recognized immediately for its innovation, was featured on the cover of Architectural Record, and was published widely in the 1970's. The Episcopal Church of the Epiphany is an enduring landmark, the result of juxtaposing straightforward traditional elements with bold contemporary forms expressing the dynamics essential to modern-day ministry. 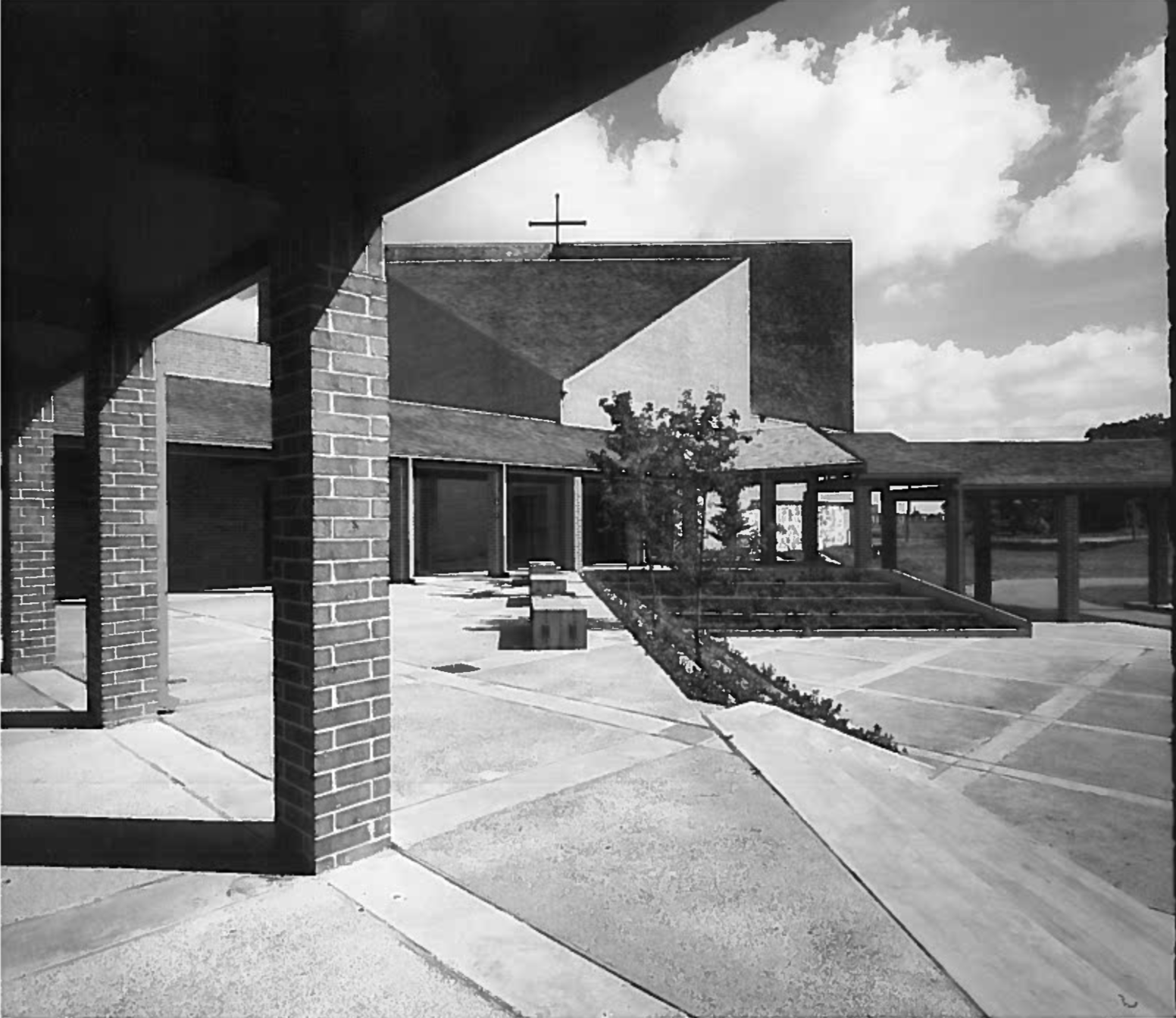 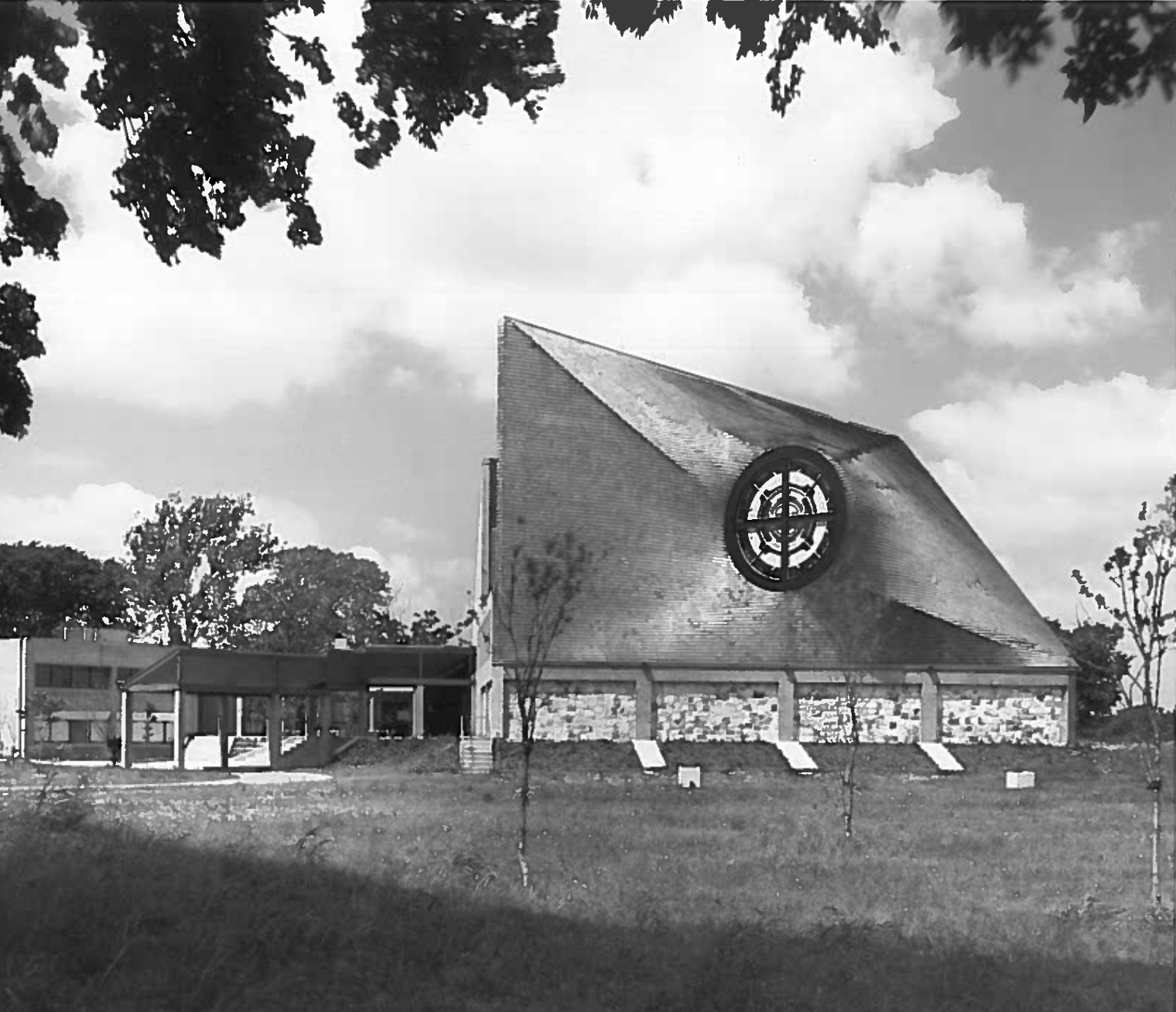 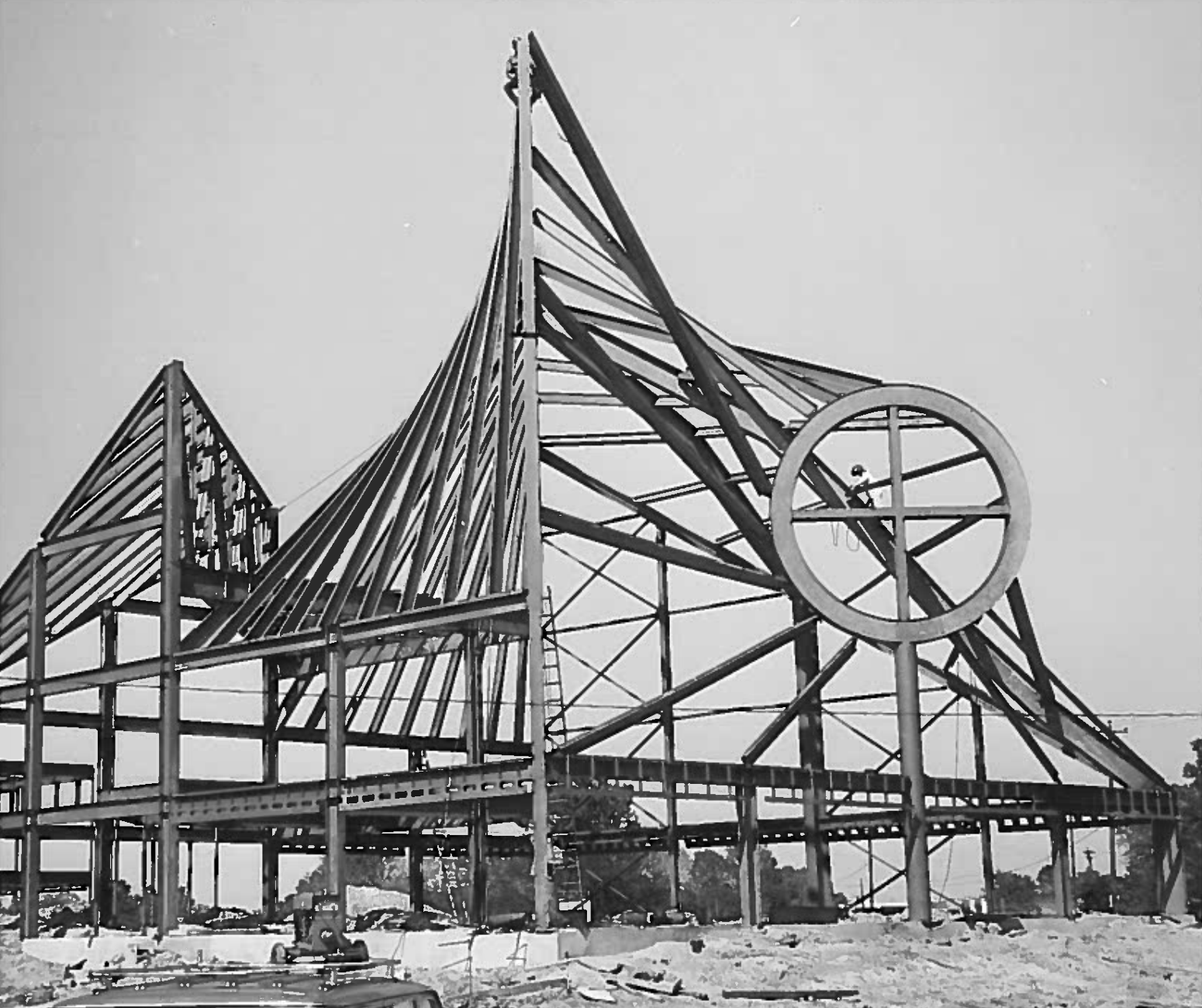 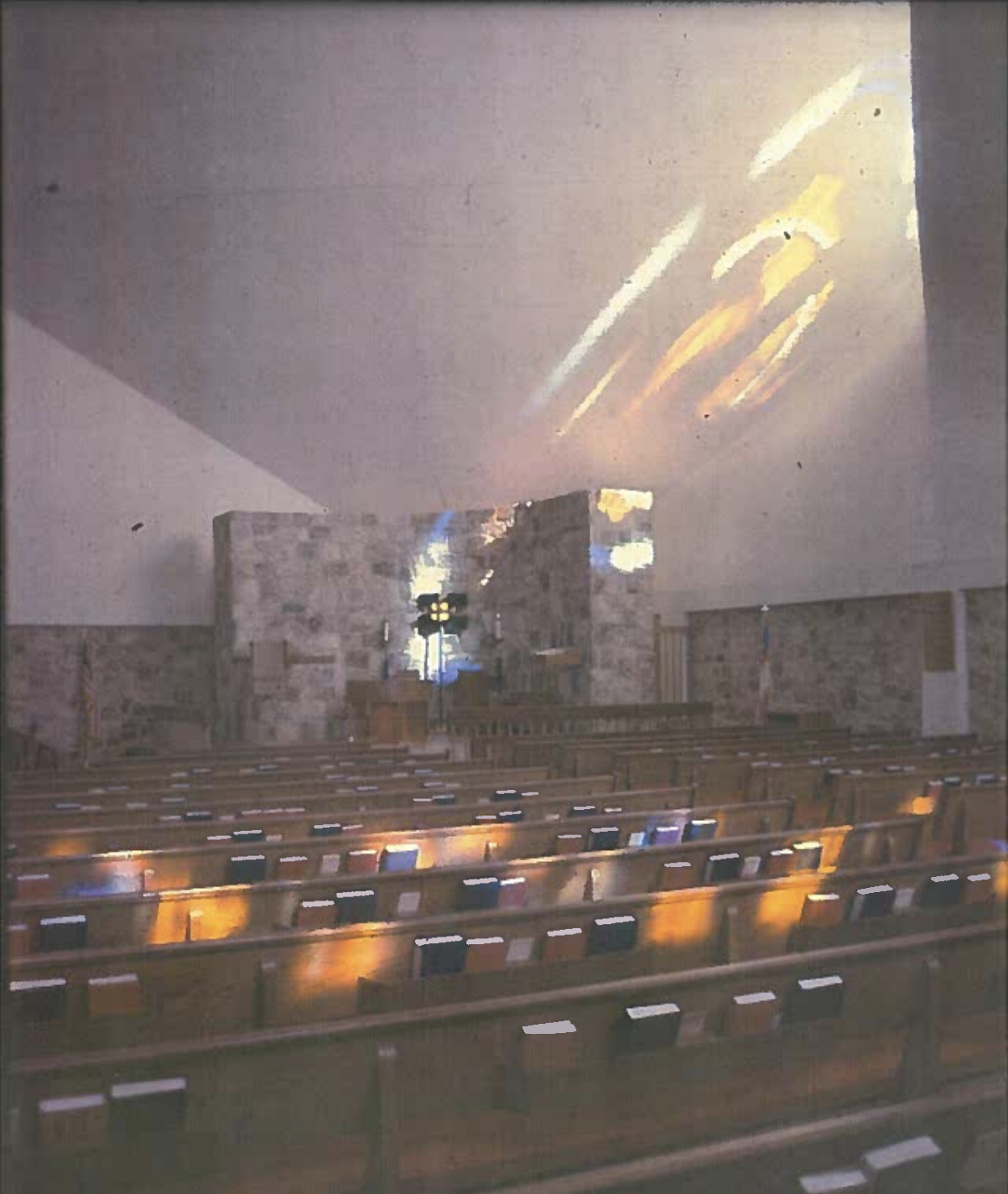 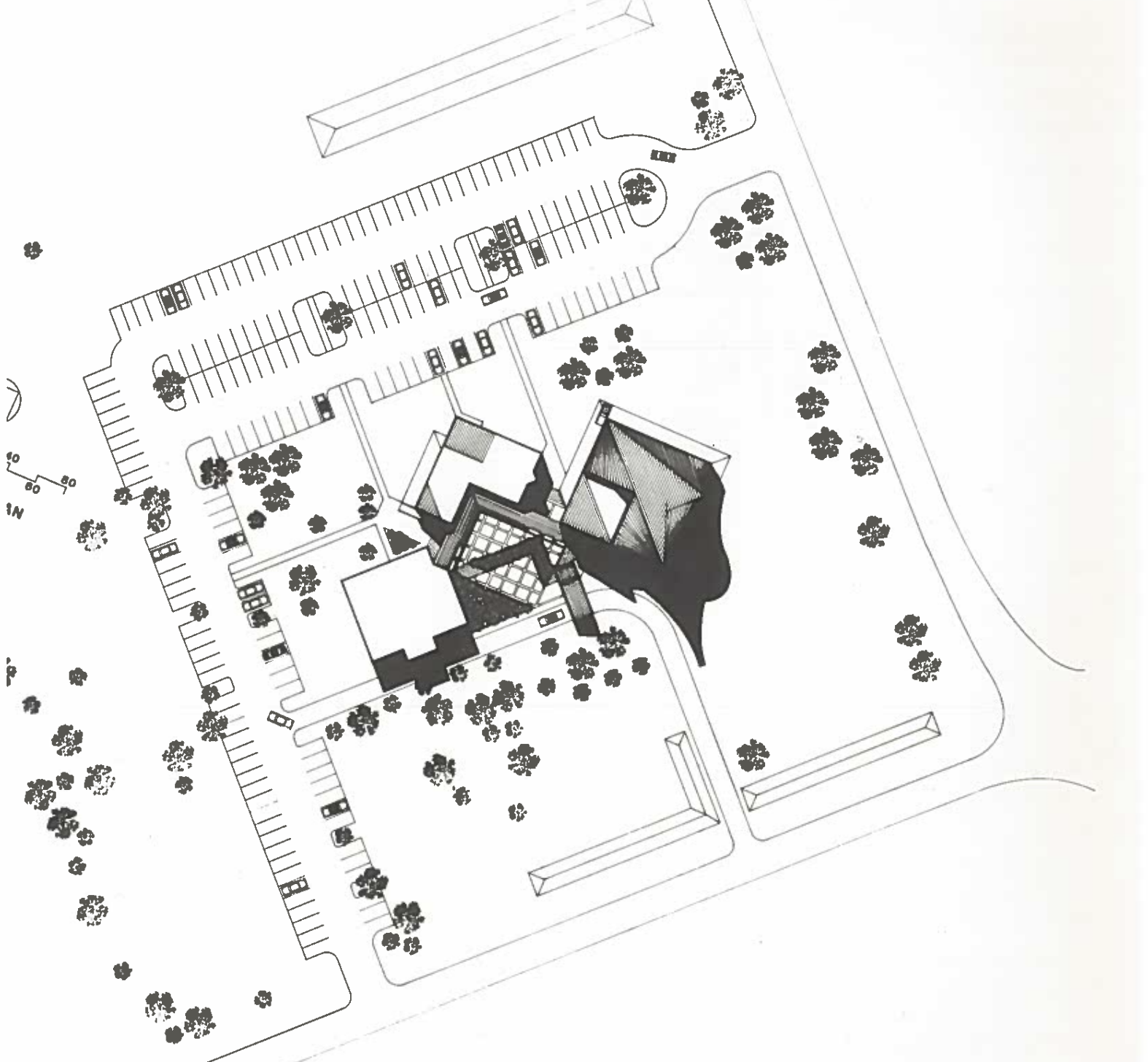 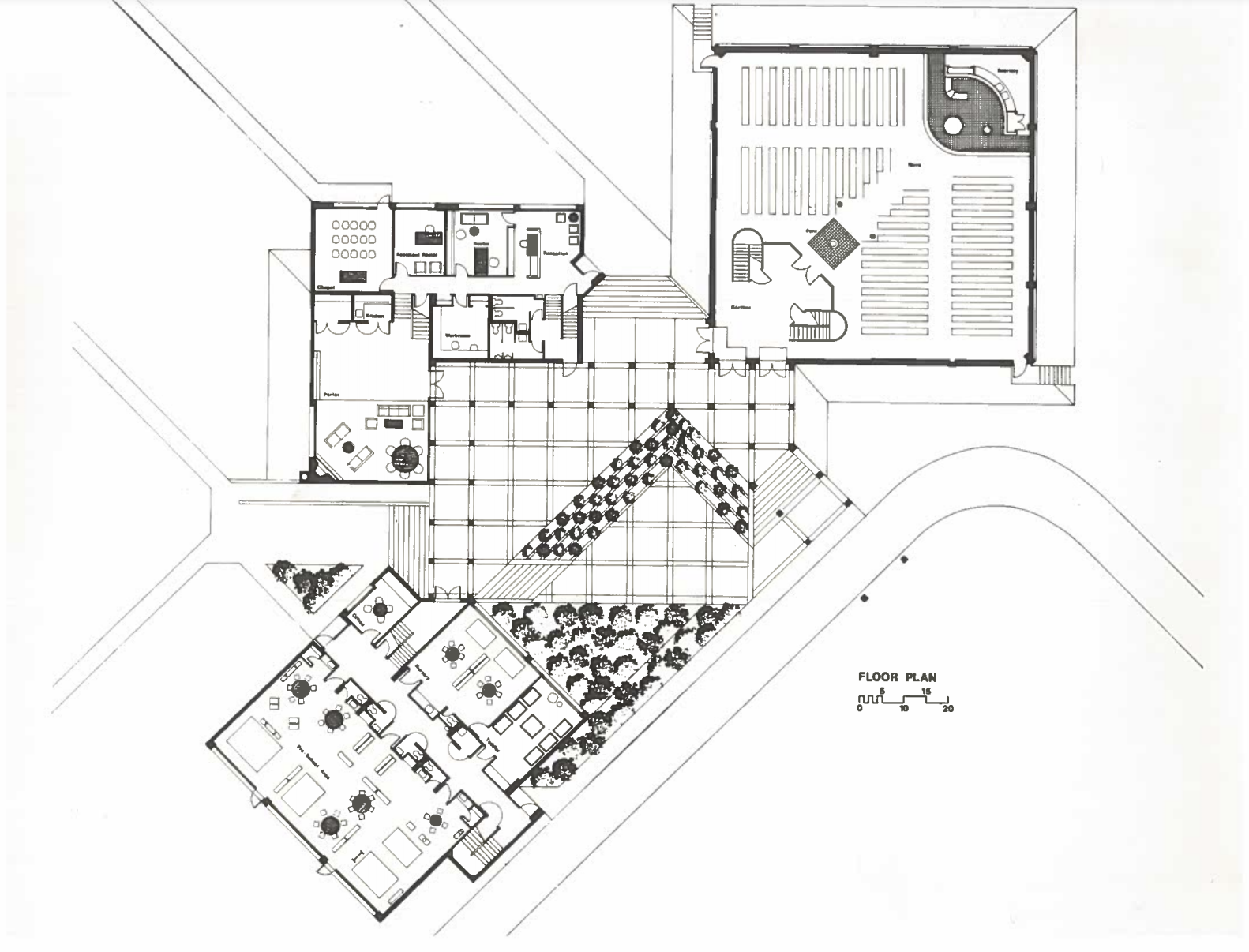 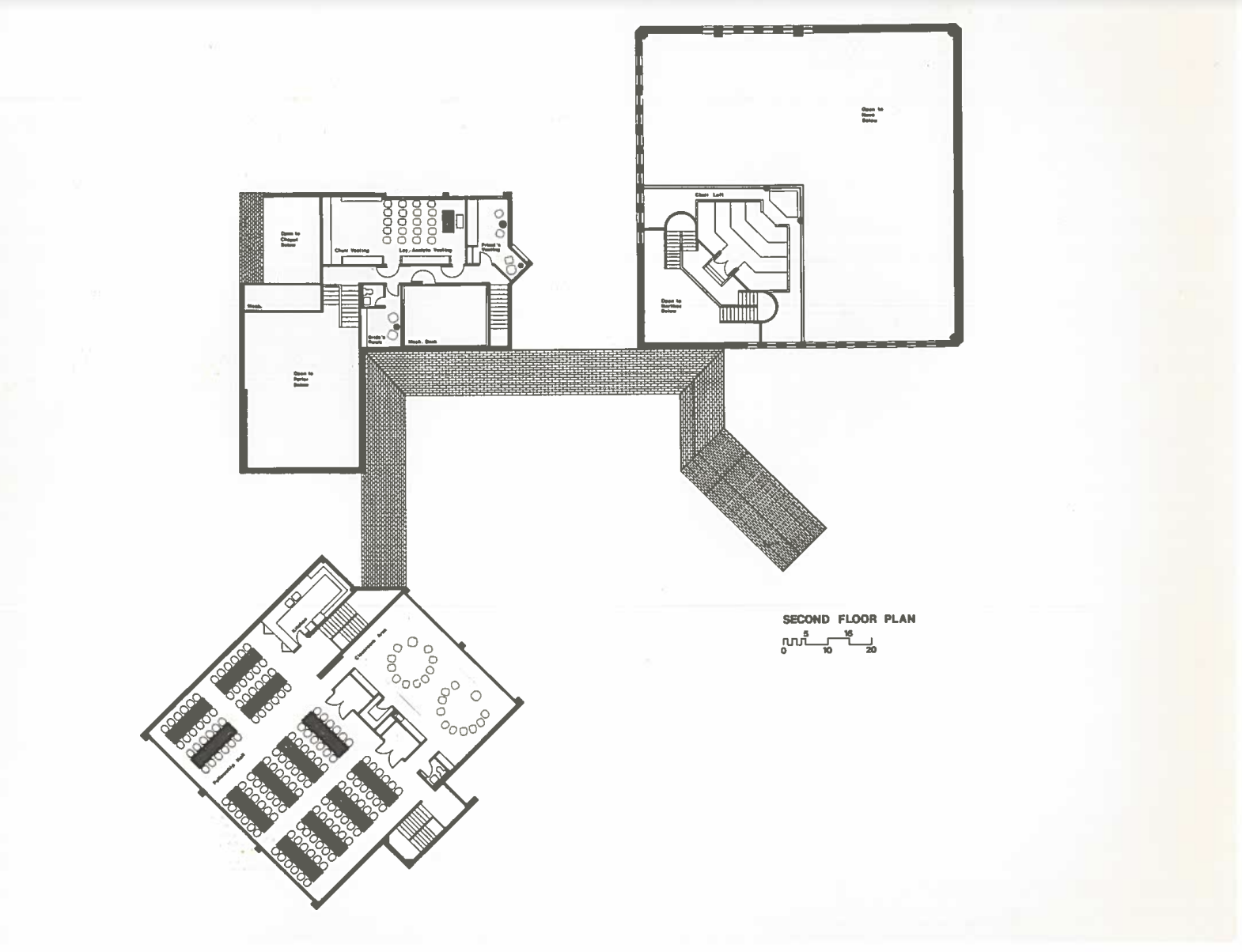 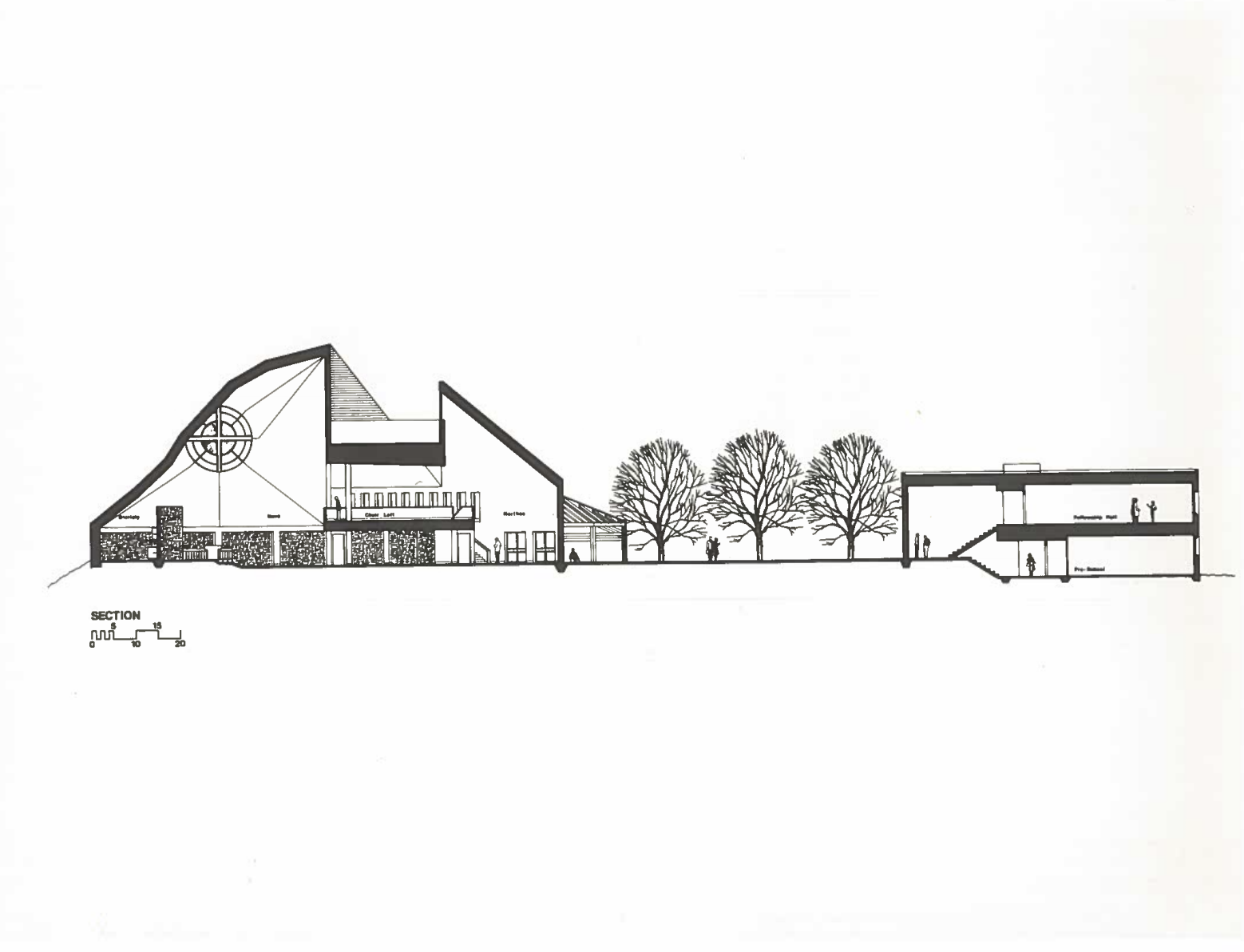