A home designed originally for one of NASA’s pioneering astronauts is now recognized as a mid century modern classic. The Houston Symphony Bay Area League held their annual homes tour March 5-6 featuring a house designed by Clovis Heimsath in his early career. The owners, Charlie Bassett and his wife Jeannie, wanted an open, light-filled home for their young children. Tragically, Captain Bassett was killed in a training flight accident so the family only lived in the home for a short time. 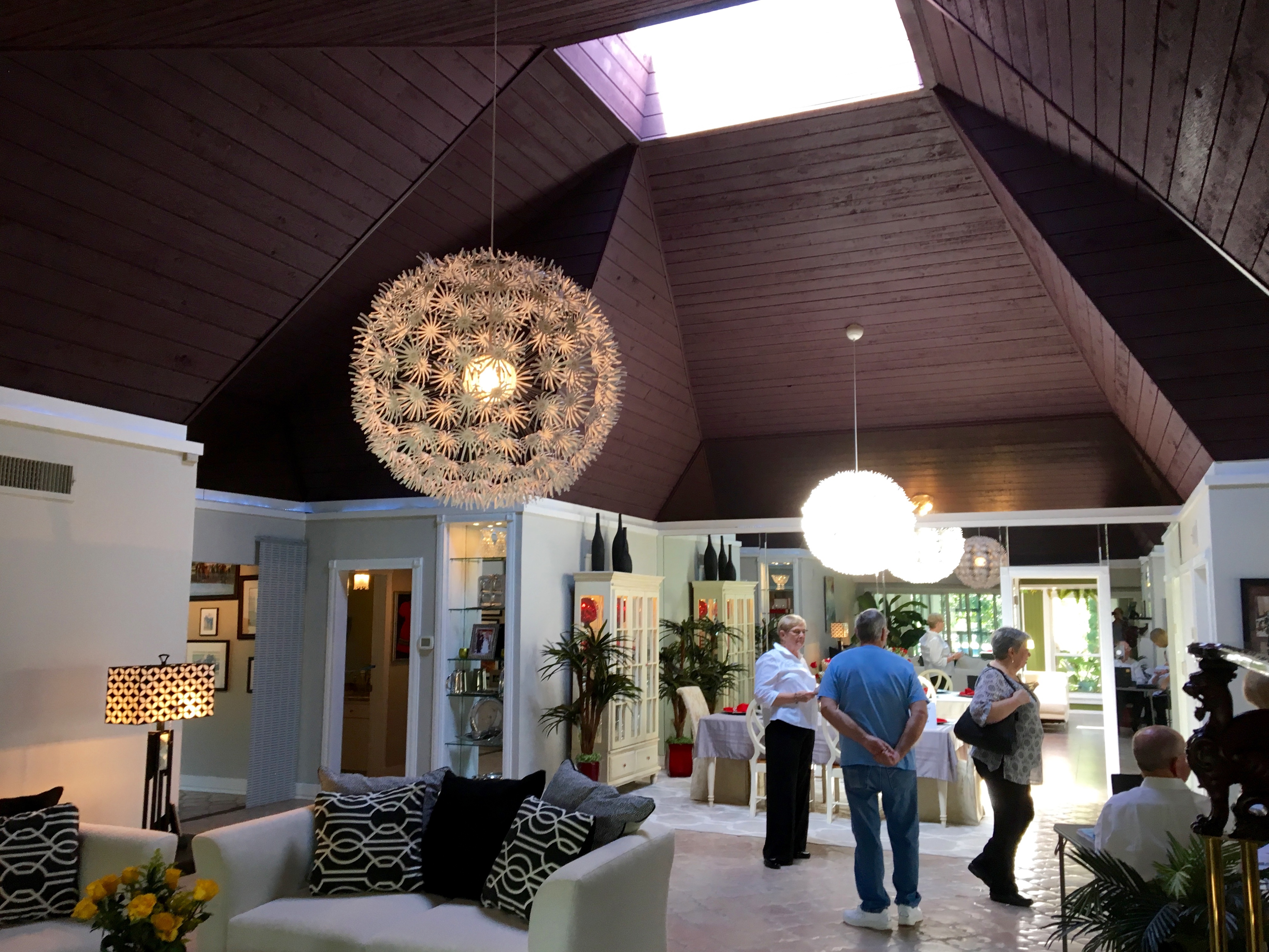 The current owners have been sympathetic to the original design with their furniture and some modest improvements. Ben Heimsath was able to attend the pre-tour party and toured the home on Saturday. He noted a number of innovations that continue to make the house very livable today.