Work on the Garth is moving forward at the Episcopal Church of the Good Shepherd in Austin. The project will preserve and expand the outdoor gathering and prayer space.  This beloved facility has been at the heart of the Good Shepherd campus since the 1940’s. A columbarium was added in the 1980’s which will be expanded with the current renovations.

Heimsath Architects worked closely with congregation members to develop a plan that preserves the character defining elements of the original Garth, the low walls, the planted areas and the connections to adjacent buildings. Increased drainage and an expanded gathering area will make the cherished location even more useful for a variety of activities and services. The existing columbarium will be restored and expanded and a new cinerarium will provide for internment of ashes directly into the earth.

We can also answer one question that many have asked since the start of planning on the project: what exactly is a Garth?   Here’s a great explanation of the entomological history of the term from the World Wide Words website:

“…(G)arth was once a very broad term. It could mean almost any patch of enclosed ground used for a specific purpose, such as a yard, garden, field or paddock. It appeared in the northern parts of Britain in the fourteenth century and derives from Old Norse garðr, a yard or courtyard. Through Old English it’s related to yard in similar senses, and also to garden.”

Renovations to the Garth are among the many phases initiated by the original master plan for the Episcopal Church of the Good Shepherd. 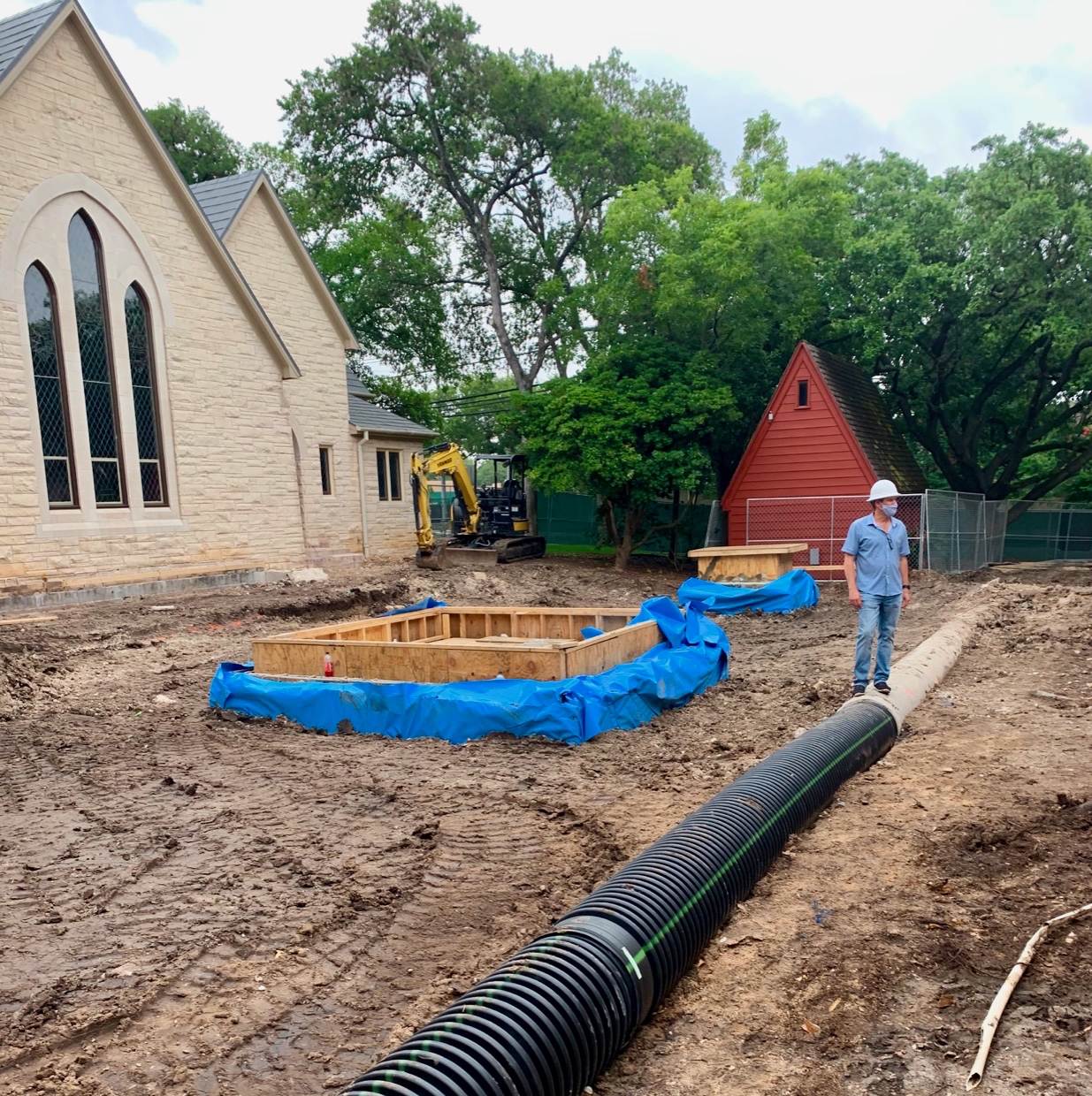 Renovations to the Garth make progress at the Episcopal Church of the Good Shepherd. 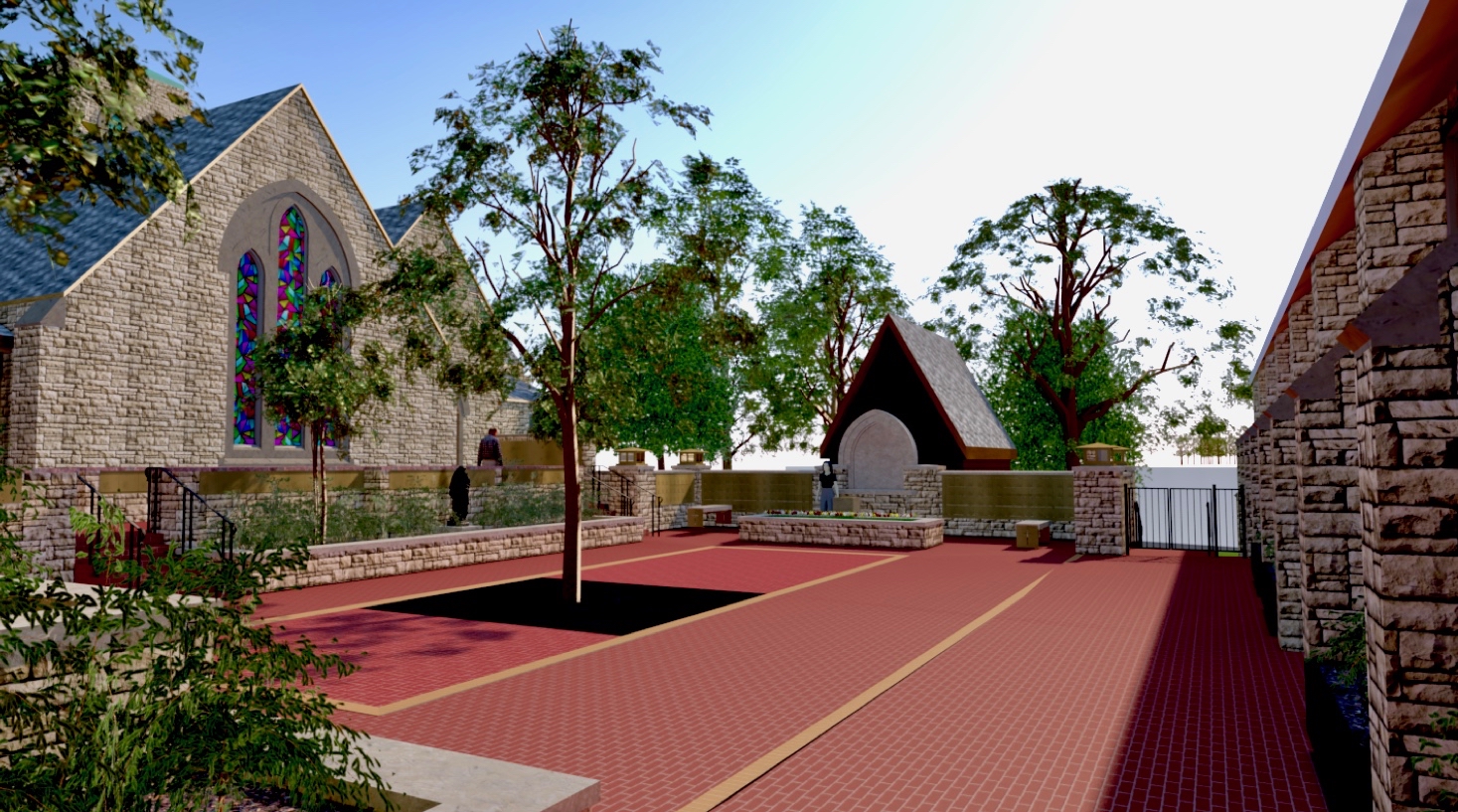