Professor Anat Geva’s Historic Preservation in Practice class had an in-depth look into two major projects with similar programs but very different solutions. Ben Heimsath and Sandy Stone met with the Texas A&M students on September 28 to discuss their work with the recently completed Good Shepherd Episcopal Church in Austin, Texas and for the current designs for St. John’s Episcopal Church in Tallahassee, Florida. 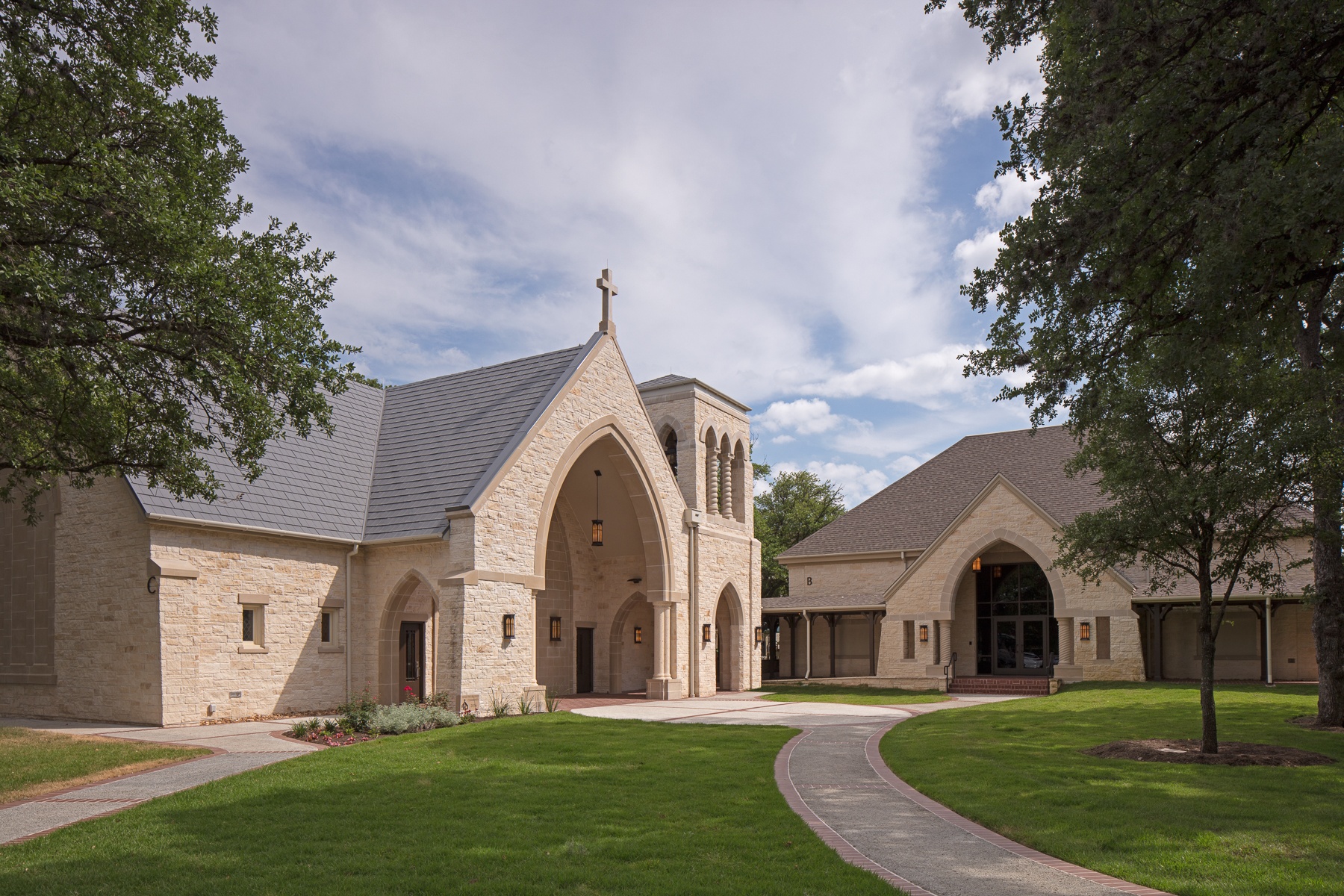 Both projects began with highly collaborative master planning that engaged the entire congregation in setting the program. Both churches are on established campuses with fully developed districts surrounding them. Both projects required updates to enhance and preserve older buildings while making major improvements to gathering and circulation.

The architects have been working with St. John’s Episcopal Church for the past two years with construction slated to begin in 2018. The program calls for significant corrective work to preserve the church’s historic façade. Circulation improvements, including a new multi-stop elevator, are provided by a new Welcome Center addition at the far end of the campus.

The Episcopal Church of the Good Shepherd completed the final phase of a decades-long upgrade program with the completion of worship space improvements including the addition of a new Narthex. This new addition contains a new pipe organ and provides badly needed circulation and gathering space. While much of the church exterior was preserved, the main façade was removed to accommodate the new addition.

The students engaged the architects in a serious dialogue about the different approaches to working with older structures. Ben Heimsath noted that though both projects had many technical and historic considerations, input from the actual users of the space provided the most important criteria these successful preservation programs. 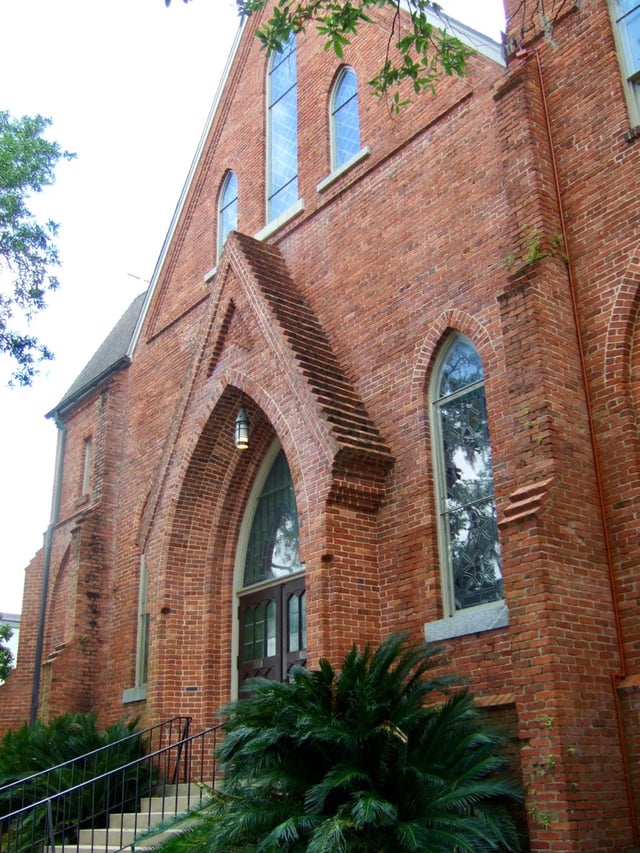 St. John's Episcopal Church in Tallahassee, Florida is set for a major exterior preservation program and construction of a new Welcome Center