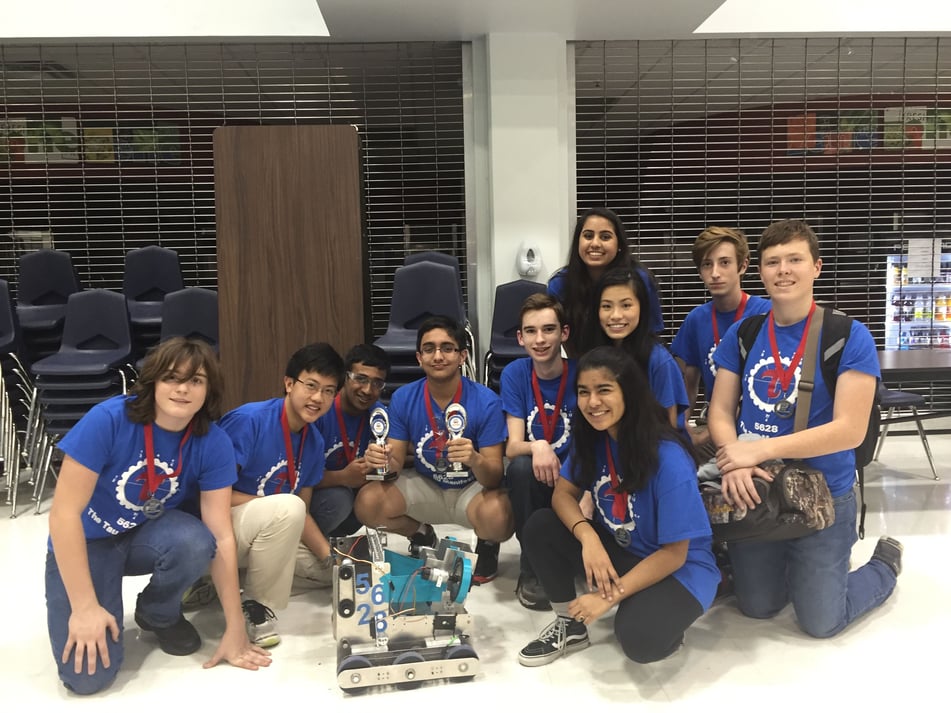 Westlake Robotics Team 5628 -- The Tau Manifesto -- advanced to the Regional Championship for the FIRST TECHNOLOGY CHALLENGE (FTC).  FTC is a world wide robtotics competion for high school (and some middel school) students that involves designing, constructing, and programming a robot to perform various tasks in a 12'x12' competion ring.  Tau Manifesto, one of seven FTC teams from Westlake High School in Austin Texas, is mentored by Eric MacInerney.  The team and its mentors have been working 12-25 hours a week since September to build and test the robot, as well as to advance through league play and area quailfiers to get to this stage.  We are very proud of how hard the team has worked and of the team and Apollo's (the robot) performance this weekend!

The Taus advanced to regionals both from being part of the final match and from winning the Connect award for outstanding Community Outreach.  They also placed for the Think award for their engineering notebook and the Control award for their use of sensors.

Want to know more about the Game?

What to know more about Westlake Robotics?

What does the Tau Manifesto mean?

Tau = 2 times pi and is considerred by some to be a easier constant to use since it represents full circle rather than half.  The name comes from the last digits of the Taus' team number, 628, which is Tau (3.14 times 2).  So the team doesn't just celebrate Pi day on March 14, but celebrates Tau day on June 28!