The Austin Independent School District relied on staff and volunteers to assist the faculty with an emergency relocation to the Allan campus. Students attending the TA Brown Elementary School were sent home last week when concerns about the existing facility were raised during an engineering investigation. First through Fifth Grade began classes today at the old Allan Elementary School in East Austin. Ben Heimsath joined the determined team moving and unpacking late yesterday afternoon. The crew was well on its way in setting up each classroom in time for the start of school.

The TA Brown facility was shut down last Friday due to structural issues discovered when engineers questioned the soundness of existing floor beams. The investigation was a follow-up to the initial analysis conducted this summer on the 60 year old facility. Heimsath Architects has been following the District’s comprehensive Facilities Master Plan. The TA Brown issue illustrates the importance of this major effort. 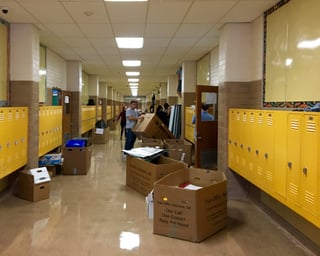 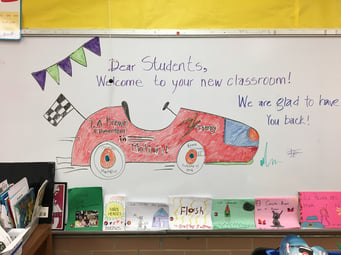