It’s going to take a while to review a year’s worth of blogposts, but it’s already pretty clear that several themes deserve more exploration. For 2017, I’m continuing the blog, though changing the pace. I’d like to go deeper into topics that deserve further study. So I’ll post twice a week this year. My deadlines will shift to Wednesday and Sunday.   I’ll still be focused on spiritual phenomena - places, objects, and things. I also plan to push the blog further into interesting cultural topics, not necessarily linked only to faith issues. So here’s a sampling of intriguing topics from the past year that I’ll be revisiting soon: 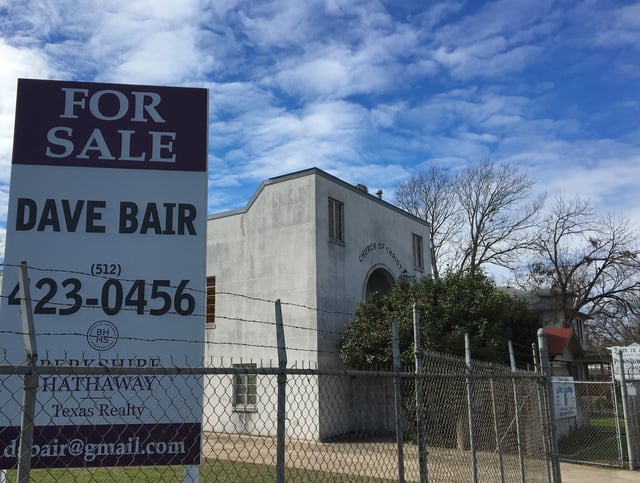 A number of posts documented neighborhood churches in East Austin. I’ve worked in these neighborhoods for nearly twenty-five years and we’ve lived here for eight. But until this year I hadn’t focused on the many modest worship spaces serving mostly African American and Hispanic congregations. East Austin is rapidly changing and these churches, once the backbone of tight-knit communities, are now facing dwindling numbers and aging membership. I hope to to continue to document these congregations, and I have already been reaching out to other groups concerned about their preservation.

Prior to 2016, I’d used the blog to document spontaneous creations that spring up at the site of a tragedy. I coined the term “Suddenly Sacred” to describe the phenomenon, though as I quickly discovered, these monuments can be distinctly regional and are called descansos in Mexico, roadside shrines in other places. These creations are also shared across many countries and cultures.

Sadly, I noted many ways that tragic sites all around the world have sprung up after horrific events. Shootings in France, Brussels, and Orlando compelled people to seek out these sites and leave flowers, candles, and personal mementos. Similar assemblages were collected in tribute to the passing of Prince, and David Bowie.

In the past year, I also documented the gradual changes made to several memorial sites that I pass regularly, including the one in Clear Lake Texas for Joey Lesky. Which of these sites are transient, which ones become permanent, and how they change over time intrigues me. I’d like to find patterns or discover lessons that may provide insight into the creation of sacred space.

The Old Trinity Church in Great Barrington, Massachusetts was converted to a residence, and is now the Guthrie Center.

And one fascinating topic, the re-use or adaptation of church buildings, will likely be an increasingly pertinent issue as church membership in the US is both declining and becoming more dynamic. I was able to document a number of instances where a church gained a new life serving a secular function. But even more interesting are the churches that have changed use over their histories. I was particularly interested in several churches that had been converted to different faiths, or had been used by secular groups but had been repurposed again for worship.

I wrote about a famous, if somewhat improbable example, the church in Great Barrington, Massachusetts that Arlo Guthrie sang about in his quirky 1960’s saga, Alice’s Restaurant. The rambling song dealt with…well, an old church, garbage, and getting out of the draft. In the 1960’s the old Trinity Church was being used as a residence when the musician featured it in his lyrics. Now, many years later, the property has been converted into a non-profit called the Guthrie Center. The place hosts multiple events and weddings, but they also have a congregation using it once again or worship!

Happy New Year! Best wishes to everyone for a great 2017!