A Buddhist Shrine And Good Eats in Virginia

I’ve blogged before about an Austin restaurant with a small Buddhist shrine for good luck. The proprietors of Hong Kong Pearl in Seven Corners, Virginia also have a shrine, but by comparison, theirs is enormous. There’s a lacquered cabinet standing prominently near tanks filled with lobster and other sundry crustaceans. A red glow inside comes from lights on the upper and lower shelf. 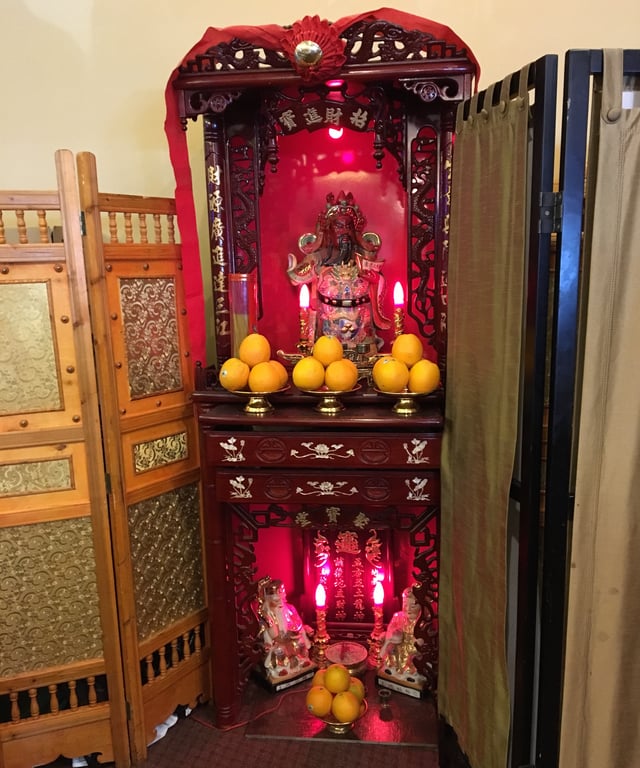 The shrine above holds a single statue. Since I don’t have a thorough knowledge of Chinese Buddhist traditions and folklore, I could only guess what this particular image, a Bodhisattva, or a deity might represent. The bowl in his hand, however, is a symbol I have seen before representing fulfillment and attainment. 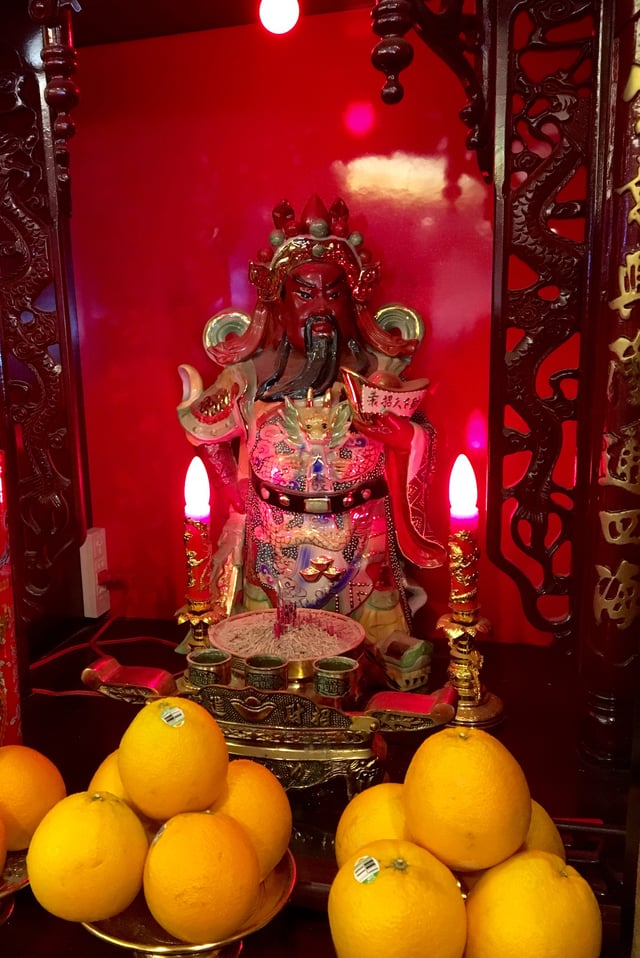 The lower shrine has two figures. The left figure is a wise sage, perhaps one of several revered historical characters. Perhaps it may be an image of Confusius, ancient sage celebrated for his wisdom. He is joined by the figure frequently referred to as the Happy Buddha. This symbol is actually based on a historical figure, Ho Tai, a Buddhist monk, and not the Buddha himself. This image is associated with celebration and prosperity.

Hong Kong Pearl is a wonderful place to bring family and friends. This isn’t a restaurant review, but I can certainly attest to the scrumptious delights enjoyed by our party of diners. We knew the dim sum was popular, so we arrived strategically early. We were glad we did. By the time we left, stuffed and happy, the line was already out the door. 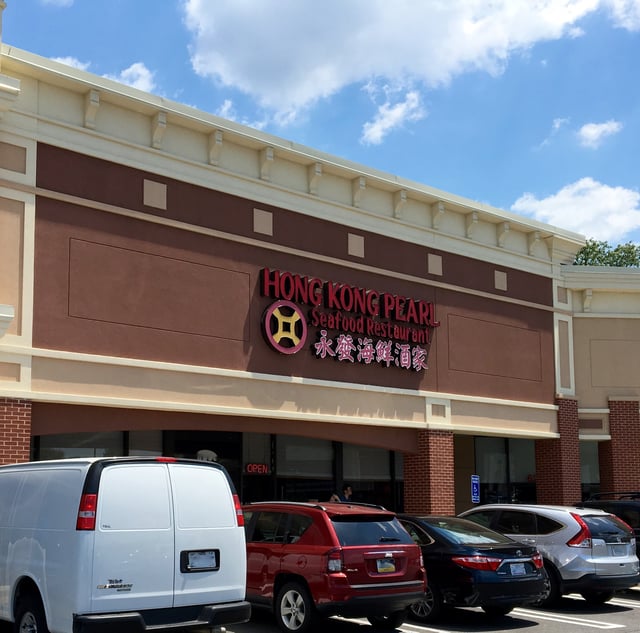