A Long Afterlife for a Church in Boston

Thirty-three years after it was completed, Church Court in Boston proves the adaptability of old church structures and the value of using best practices to save them.   The structure is a mix of new construction and salvaged structure from the former Mount Vernon Congregational Church. Shortly after the church closed a fire destroyed the building, leaving not much more than the exterior walls and the tower.   Architect and developer, Graham Gund purchased the ruin and made plans to repurpose the property for a new condo project. 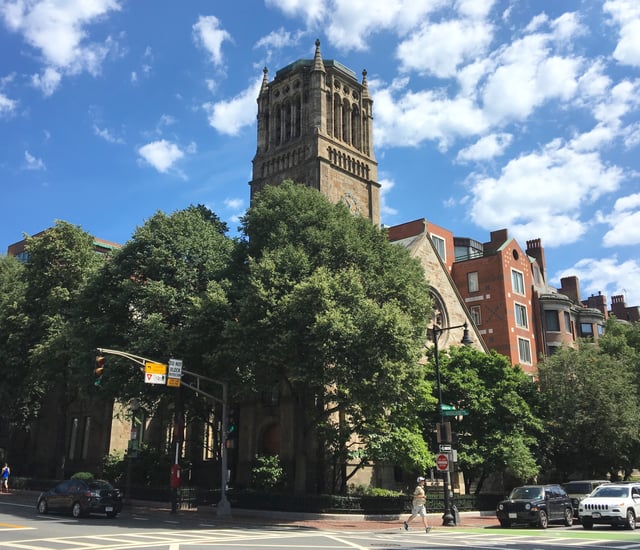 At the time, it could easily have been assumed that residential construction would preclude any chance at saving what remained of the church. But instead of demolishing the old stones, Gund’s concept made them a primary feature. The tower stayed intact, and continues to rise above the busy intersection at Beacon Street and Massachusetts Avenues. The street walls are defined by the old church’s front gable and the arched openings in a side wall that used to enclose the nave.

The bulk of the new seven-story building is at the rear of the property, on what would likely have been the service area behind the church. That neglected space became prime, giving most units sweeping views of the Charles River. The other units are built along the interior side property line. Connecting these residents with the brownstones next door gives extra space for the courtyard garden designed by a prominent landscape architect. The garden evokes the memory of the old nave, so openings in the church walls now look into lush greenery. 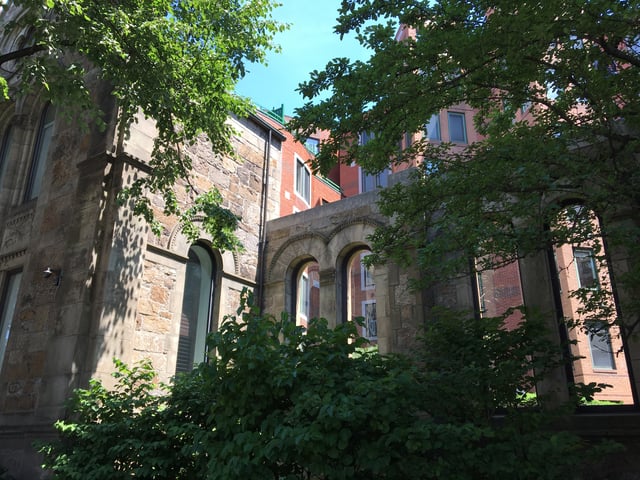 The remaining unit is the repurposed tower. This seven-level residence has small spaces and lots of stairs! The top floor is an aerie, a room with views on all sides and a wide vista overlooking the courtyard and the Charles River. 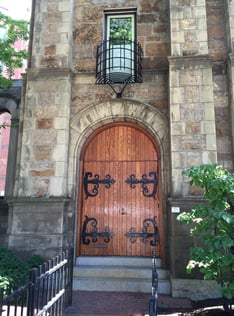 The project’s preservation detailing leaves original church elements intact. Period doors were recreated for several units accessed through old stone entryways. The effect is to reinforce the historic image of the graceful old Mount Vernon Church. The new construction, though quite compatible, is explicitly contemporary. The new windows have similar proportions to other residential structures nearby. The brick chosen was the same as other new residential structures that were being built a the time. However, some additional banding and accents also provide a scale more compatible with the church. In the few places where old and new overlap, contemporary elements are used unapologetically to show the difference. In some places, a seam joins the old and new. It remains unadorned, a simple juxtaposition of the two different materials.

The Church Court design really holds up to close examination. Decades before anyone was thinking about repurposing old churches, Church Court showed how to do it well. The old building is given proper deference and respect, the new is compatible, but clearly distinct from the preserved portions. The care and creativity that went into so many design decisions can be seen at every level. You may know nothing of the fire or the transformation that made Church Court possible, but a visitor can appreciate a respectful preservation that honors the historic past. But Church Court is also a very exciting new use, one that benefits from and is enhanced by the old church’s presence. 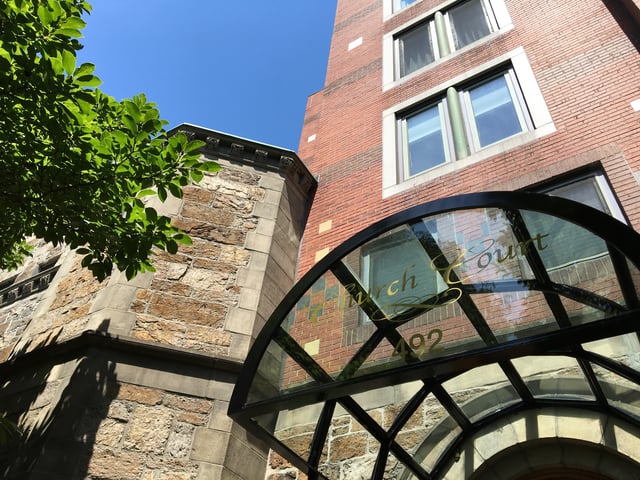