A Saloon With a Steeple?  Where Else But Austin!

Ginny’s Little Longhorn Saloon is so unassuming, you’d never give the place a second look, unless you were seeking out famously weird old Austin traditions, or in my case, noticing the steeple on top. Perhaps this was another of a growing list of former church buildings taking on a new persona. If so, then I really wondered how the old congregation would feel about such a radical change, falling from grace so to speak, by becoming a now famous dive bar. 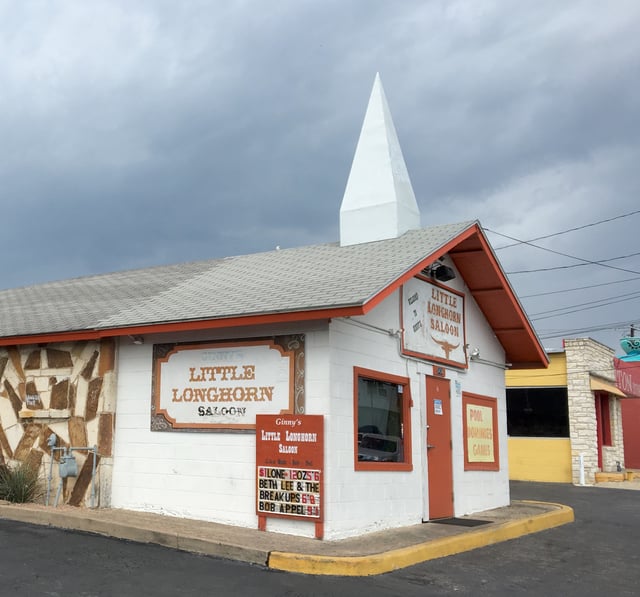 Ginny’s has quite a reputation as a friendly, old style watering hole. Though the space is tiny, it’s also a well-regarded country music venue. I had even heard about their other quirky claim to world wide fame. On Sunday afternoon, this place is packed with participants in game of chicken. Well, it’s a game with a chicken, actually. It’s called Chicken S%#! Bingo and you put your money down waiting to see on which square the amiable bird leaves its droppings. But none of that explains why a bar that has been here perhaps as long as 50 years would still have an old steeple, if in fact, is was formerly a church. 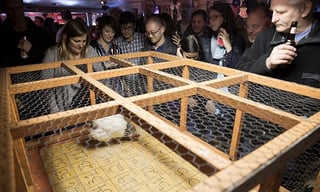 Without too much trouble, I came upon some terrific stories on an Allandale neighborhood website that explained the odd juxtaposition of the bar and steeple. No, it’s not a church. It never was. So why is there a steeple on the Little Longhorn Bar on Burnet Road? 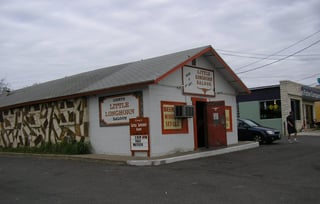 Celebrated country artist, Dale Watson, is the reason there’s a steeple. Dale performs regularly at the establishment and is also a part owner of the bar. When some friends asked him to officiate their wedding, he decided to add the steeple to make Ginny’s look like a church for the occasion. I guess patrons liked the way it added to the “Keep Austin Weird” image, so the steeple remains. 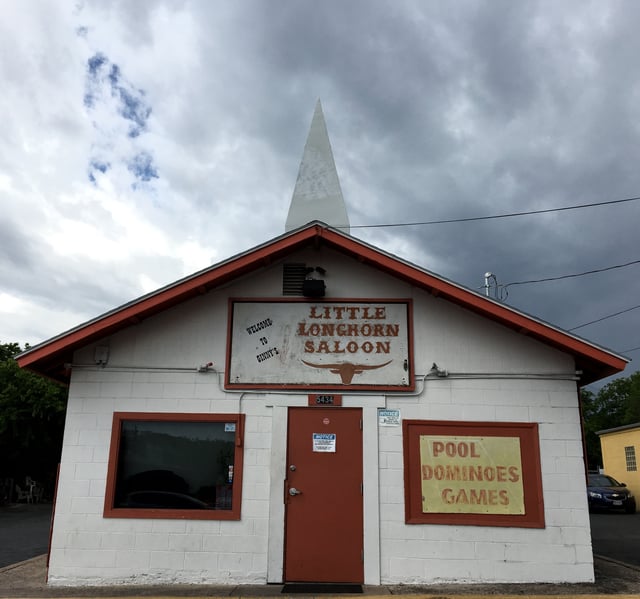