According to Alberta Phillips’ lead editorial in the Austin American Statesman today, a new ordinance offers some small hope for preserving many older public buildings, including churches. I note this is small hope because the hard work of finding appropriate uses for many of these buildings isn’t addressed by this ordinance. 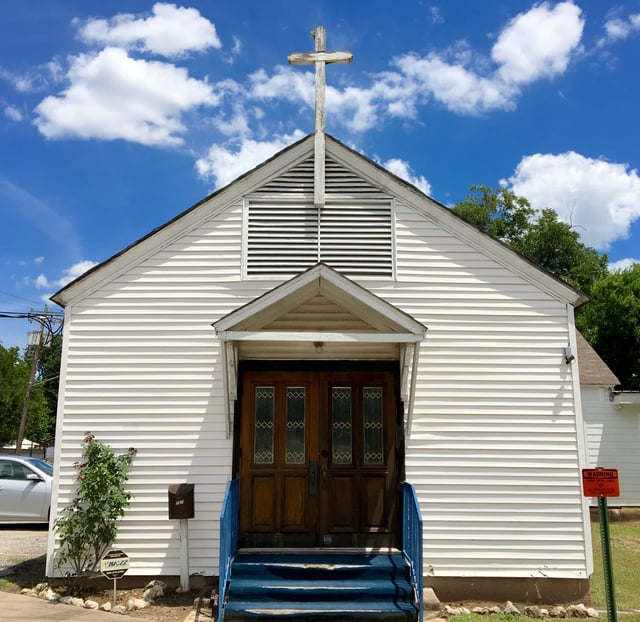 The new ordinance will impact the Springdale Church of God in Christ which is 62 years old.

I’ve noted in several recent posts that many older churches are threatened, particularly those in rapidly changing East and South Austin. The only way to ensure these structures are retained, or may have a new life is to promote investment programs to restore and preserve them. Partners for Sacred Place is one such program. They pioneered a number of resources to train congregations and communities on the value of their existing, often historic structures. The Texas chapter has been expanding its activities with one of its most popular programs, the New Dollars / New Partners training. 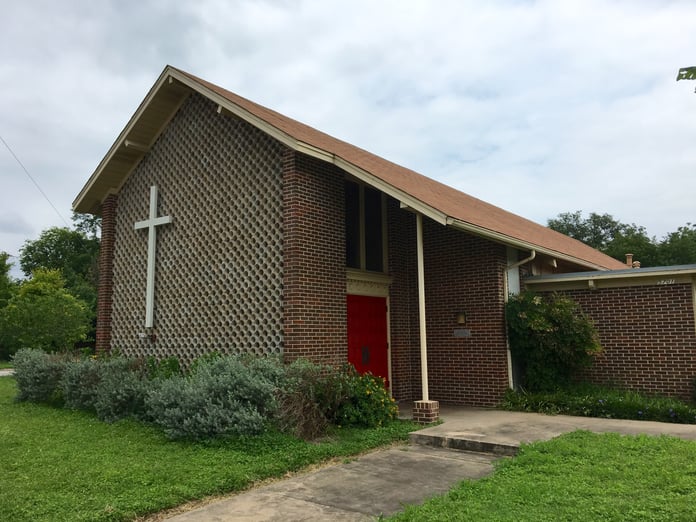 The City of Austin’s action now requires any public building 50 years or older to be given a public hearing in front of the City’s Historic Landmarks Commission prior to issuing a demolition permit. This is a small change in the City’s process. Previously, a property of this kind would have been reviewed, but the determination of merit could be made by staff without Commission approval. 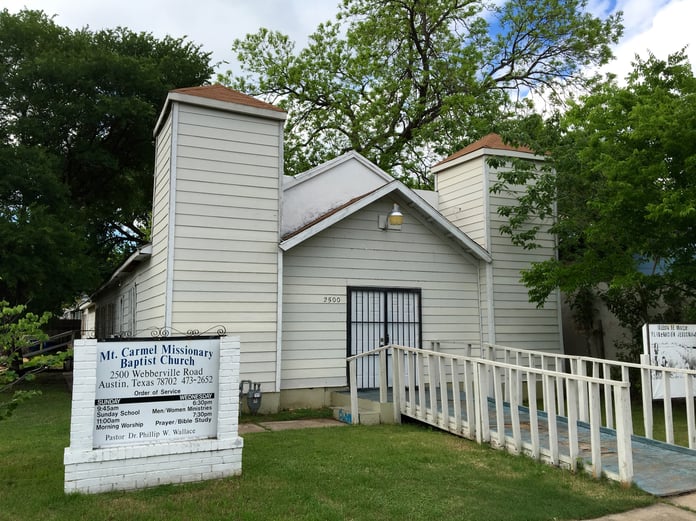 Mt. Carmel is most likely a candidate for further preservation efforts though it is not clear how old it is.

Realistically, many of the structures I’ve seen would have a hard time meeting the fairly rigorous requirements for landmark status. The Council also directed staff to look at ways to add weight to the cultural merit of a particular structure. But still the big question remains. The only way we will keep these buildings is to have a broader community understand their value. It will take many creative ideas for expanded uses and new investments to be able to pass these structures on to future generations.