A Visit With the Sthilpi at Austin Hindu Temple

We’ve been honored to work with the Austin Hindu Temple over the past several years. Our contribution to the major temple project was the design of the foundational structure, the walls, and shrine enclosures for traditional deities. That first part of the program is completed; finished with the temple dedication in 2013. The dedication included days of rituals with hundreds of participants. But the temple dedication was only the beginning. The work we did was in preparation for the elaborate ornamentation planned to be created and installed by the traditional craftsmen from India, known as sthilpi. This week, I went to the temple early in the morning for a visit with the sthilpi. 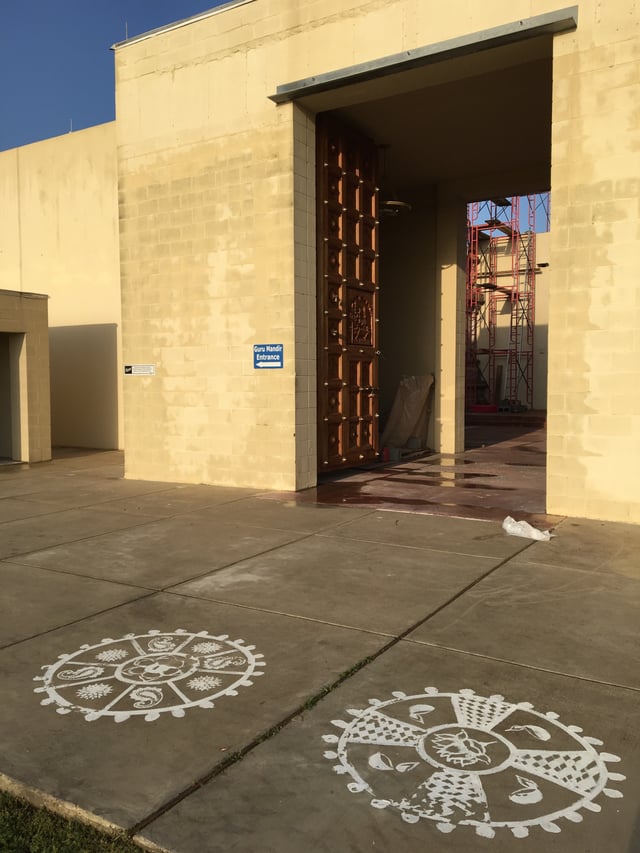 The amazing work of intricately ornamenting all the walls, the interiors and especially the traditional towers is well underway. The main entry tower, called the Raja Goporum, is still unadorned, the plain concrete walls look severe compared to the huge paneled wood doors. The sthilpi introduced themselves and offered to take me up to the roof to see their handiwork. We walked through the main door into the entry courtyard. On either side, the two side entry towers were surrounded by scaffolding. The sthilpi gestured towards a long ladder and we proceeded to the roof. 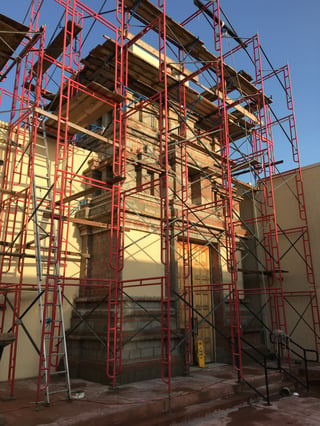 The three Vimana towers that rise over the sanctuaries for the three primary deities are stunning works of art. The highly detailed ornamentation is cast from molds using processes handed down through generations of sthilpi families. For the figures, the sthilpi explained, they expertly carve each image. These forms and proportions all follow very precise and prescribed programs. Producing and installing these decorative elements are an important part of the long and deliberate work needed to fully create a place of worship. 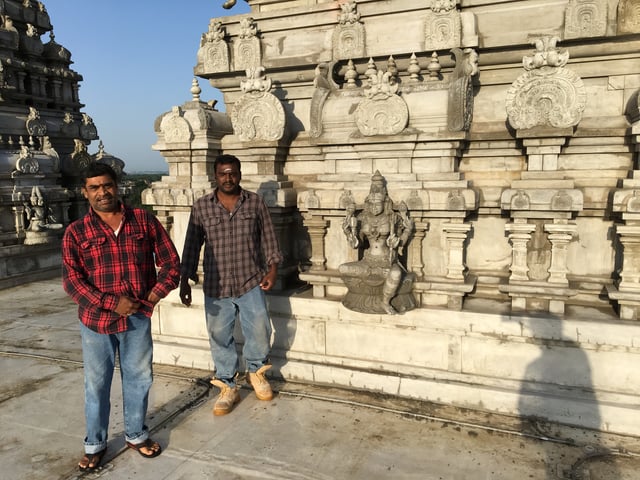 As I walked on the roof and closely examined the work, it really impressed me that virtually none of this would ever be seen. Only the slightest glimpse of the very tops of these towers could possibly be visible. The sthilpi aren’t creating this wonderland of devotional craftsmanship for humans to appreciate, this work is being done for the gods. 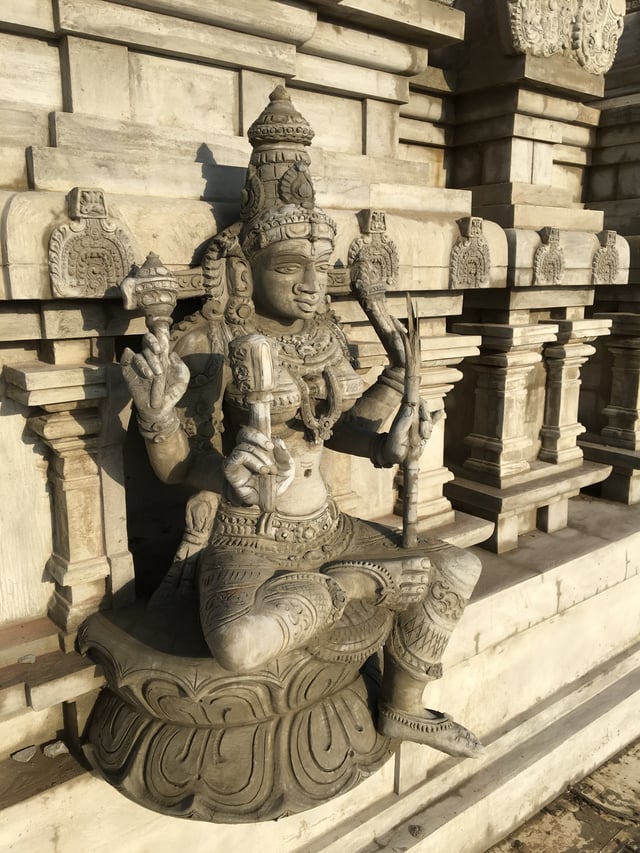