Advent Calendar - From Germany with Love

This year we didn’t have an advent calendar in our home. With grown children, and now grandchildren, the idea of opening little doors each day of December isn’t nearly so magical as it once was. Not that I’ve become a scrooge in my fifth decade, but the level of excitement of the Advent Calendar seems to be proportional to the number of youngsters in the house. 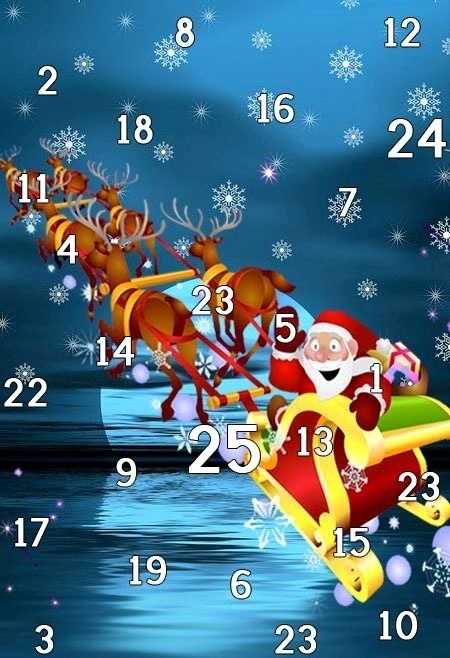 The origin of this tradition is actually very recent. Advent Calendars first began in Germany. According to this short overview on the my-adventcalendar website, the tradition began in Germany, Austria and Scandinavia in the 19th Century as families devised ways to make it clear to children the progress of days towards Christmas. Various hand made solutions became traditions, including advent clocks, tear-off calendars, and “heaven ladders” where God’s progress toward earth could be tracked. 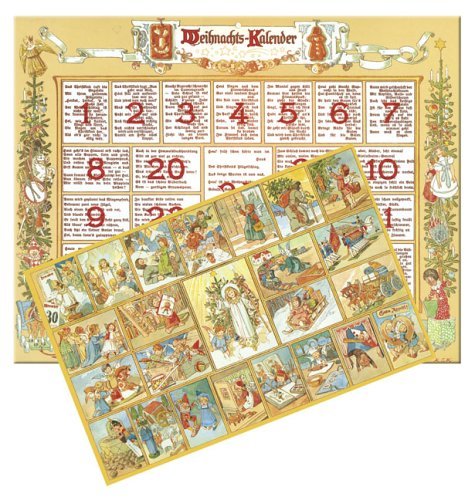 The first printed Advent Calendar is well documented. Stuttgarter Zeitung newspaper published a calendar comprised of two sheets. The base has numbered poems composed by its creator, Gerhard Lang. The second sheet consisted of 24 delightful images of winter and Christmas preparations that were to be cut out and pasted over the poems. On the 24th, the Christ Child was glued in the final place. The publication was a hit and Lang went on to produce many variations on his creation over many years. Gradually, the idea of doors and treats were introduced. These became particularly popular after the Second World War. 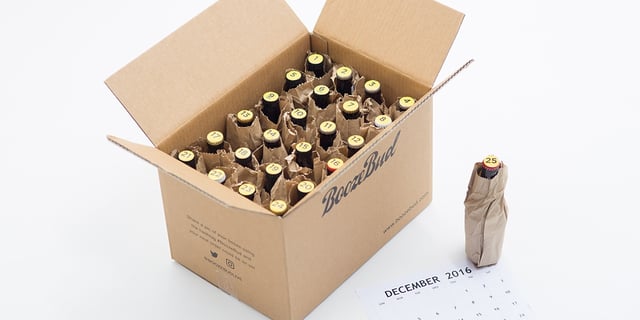 Today, there are infinite variations on this tradition. Though the one that caught my eye this year is the Advent Calendar from Booze Bud. A variety of craft beers are delivered in a box with each bottle numbered 1 - 25. I’m not sure how drinking these spirits will prepare for the spiritual arrival of the Christ Child. But hey, some kids never grow up! And if you don’t have little ones, why not open something a bit more exciting than a paper window?