Way back, centuries before Christ, the Egyptians worshipped a number of gods and goddesses, but few were as revered or as powerful as the goddess Isis. She was the wife of Osiris, the king and her son Horus was the god of the sun and the moon. According to the Britannica website, Isis came to represent the maternal power of women, protecting her son in the wilderness, and defending and avenging her husband in his time of need. She was also known for her powerful magic, and was called upon for her healing powers. The goddess Isis was instrumental in bringing the deceased back to life, and her image is often found in the funerary art of ancient Egypt. 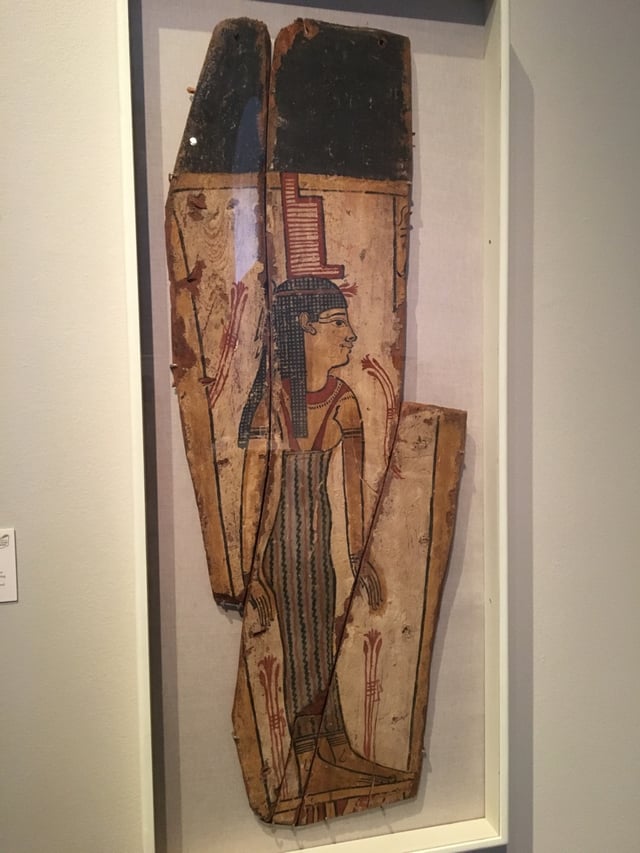 A painted panel in the San Antonio Museum of Artdates from approximately 300 B.C. The artwork is remarkably preserved and shows the genuine artistry of an ancient craftsperson. This painting is a classic rendition of the goddess. She is shown wearing a maternal shift gown. Associated with royalty, a symbolic throne is rendered as her headpiece. She wears an ornamented necklace and has an expression of compassion on her face. The painted panel comes from the floorboards of an ancient coffin. It isn’t noted who was buried in the coffin, or exactly where the piece originated, but the influence of this ancient culture remains with us today. 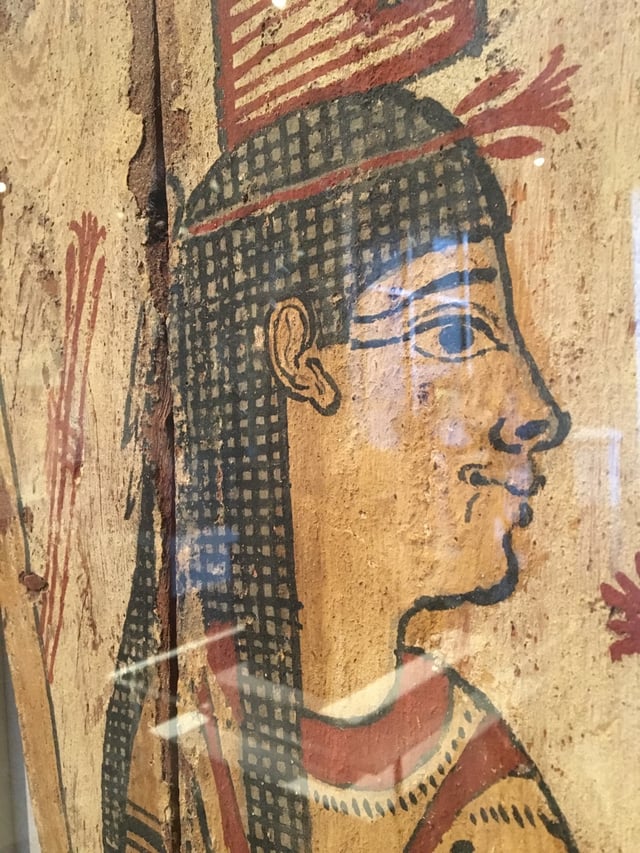 The importance of the goddess Isis grew to its highest point near the end of the Egyptian dynasties. It is interesting to note that the charater of the powerful wife and motehr embodied by this goddess was embraced by the ancient Greeks and also influenced the panoply of Roman gods.  Some modern pagan traditions continue to revere the goddess Isis as the embodiment of Motheer Earth.  The name for the goddess Isis actually comes from a rendition of the Greek word for “throne.”