Last month’s earthquakes in Japan caused significant destruction, many injuries, and nine people lost their lives. The earthquakes also claimed a 1,700 year-old victim, the Aso Shrine on the island of Kyushu. The Aso Shrine is one of the oldest in Japan and is designated a site of national cultural significance. The shrine’s gate is cherished for its sublime beauty when framed by cherry blossoms. Hence, the nickname, the “Cherry Blossom Gate.”

The earthquake caused major damage to the main hall and some other buildings, and tragically caused the collapse of the famous gate. Photos of the aftermath show the distinctive roof structure lying on a pile of rubble on the ground. The shrine is a very popular tourist spot, but with so much loss and destruction, it remains to be seen when the buildings may be repaired or rebuilt. 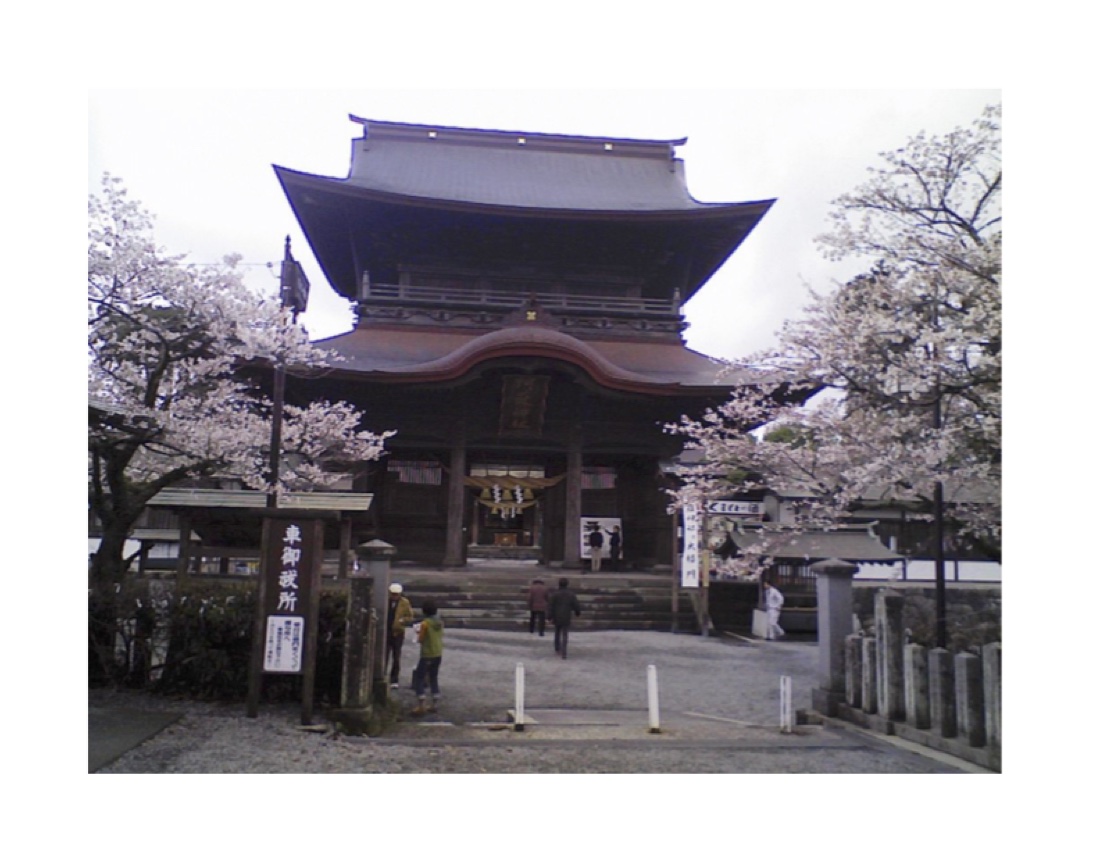 While the work of recovery commences, it is interesting to note that the shrine continues to be recognized for its spiritual significance. World Religion News reports that residents, living without water or electricity, are coming to the shrine to get water from the bamboo pipes. One elderly resident says he won’t use this water for washing, only for cooking or brewing tea. After all, the water from the shrine is sacred. 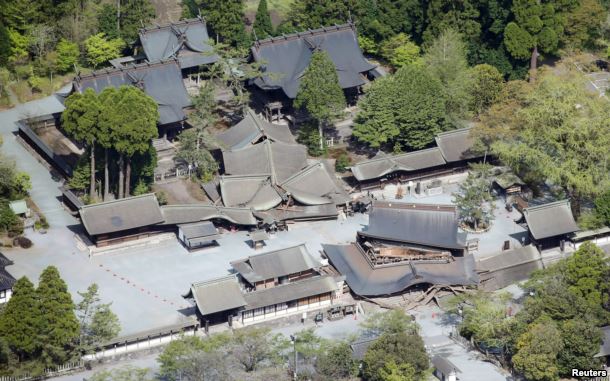