Ark Encounter is One Big Boat

If you had 800 acres in rural Kentucky, $100,000,000 and 3.1 million board feet of lumber, what would you be doing? Making the largest wood structure in the world, of course! That building would be the Ark Encounter theme park that opened on July 7 in Williamstown, Kentucky. Building Design and Construction just featured this project on its online news site. 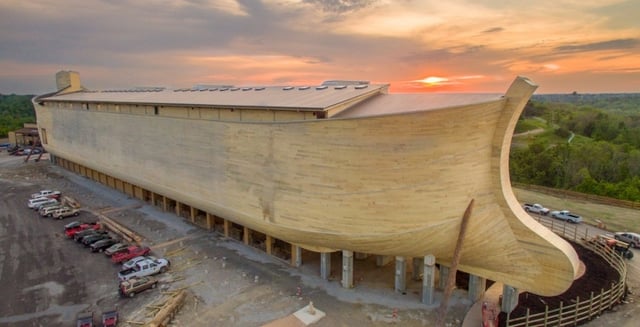 There’s been a lot of controversy about this Ark installation theme park from many who question the complex arrangements that will provide up to $67 million in public funding sources, to those who are critical of Ken Ham, the project’s creator who has been a lightening rod throughout his career promoting strict creationist beliefs. Whether the theological themes attract or repel, there’s no denying this is a remarkable piece of construction.

For one thing, the logistics of putting this plan together were fairly daunting. The promoters suggest they were following the dimensions as recorded in Genesis. I’m sure the plans weren’t drawn in cubits, but the final dimensions in our English System came out to be 510 feet long, 86 feet wide, and 94 feet high. The architects, the Troyer Group out of South Bend, Indiana, specified a variety of lumber and timbers, including reclaimed wood. The contractors hired on expert woodworkers including a large team of Amish craftsmen. 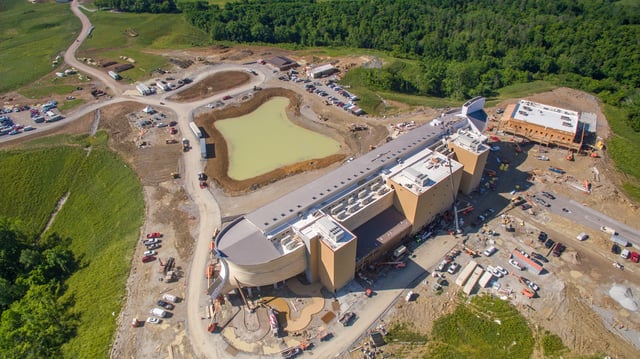 The design of the Ark references traditional ark images with a broad midsection designed to hold thousands of visitors. The back side connects to three large concrete buildings that most likely handle the elevators, bathrooms, and other support accommodations. A row of skylights on the deck cabins throws sunlight into the deep lower decks. Of course, modern accommodations require electric lighting, air conditioning and the like as well. 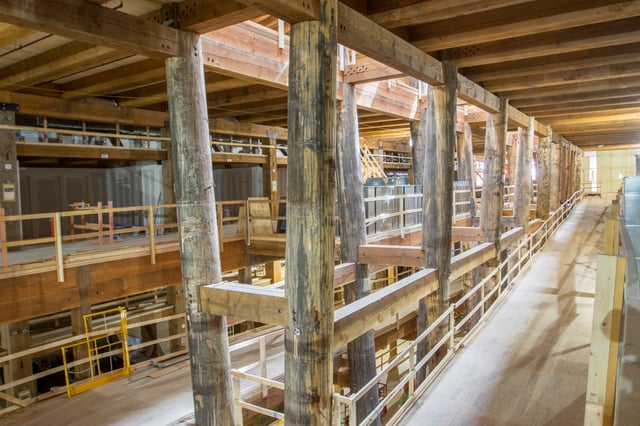 Construction photos also show the use of modern water proofing materials underneath the long boards of the hull. This should be great for keeping out rain and moisture, but I wouldn’t count on it to keep the Ark afloat if the big floods ever return. 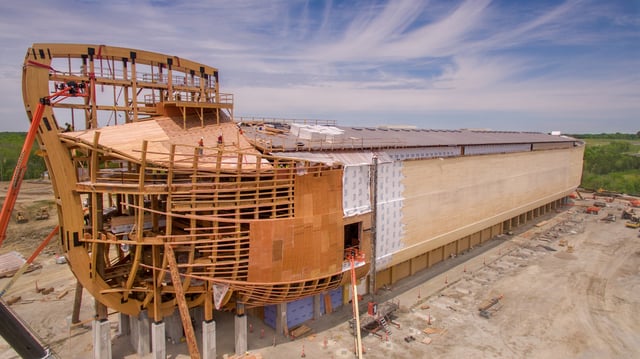