Austin's Once Sacred Site at 4th and Congress Ave 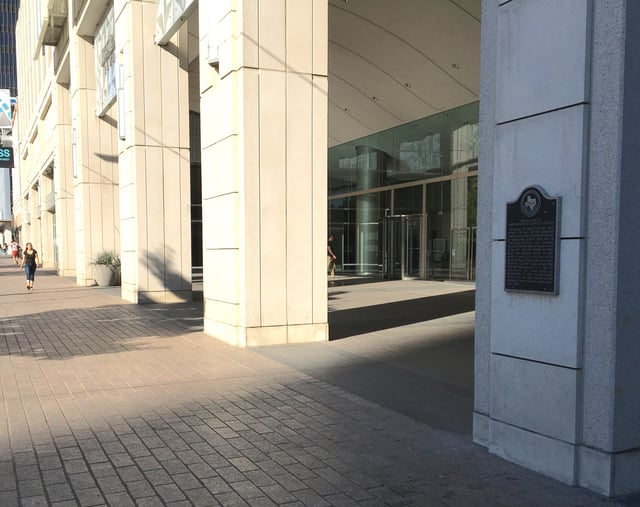 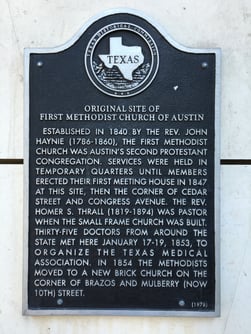 In the bustle of busy downtown Austin, an unassuming plaque is the only hint that one block of Congress Avenue once was a sacred site. The Texas Historic Commission placed this subject marker to note the site of the original First Methodist Church. The second congregation to be established in the new Texas capitol, the Church celebrated its 175 anniversary in 2014. The congregation’s early years were precarious, but the congregation was able to purchase a site on what was Congress and Cedar Street. The modest frame structure was dedicated on Dec. 19, 1847.

The building served the congregation until 1853 when it purchased a new property at 10th Street. The buyer, according to the First United Methodist website, was the Christian Church. Austin’s Central Christian Church would have been in the market for a property at the time, but their website notes their first permanent location at Eight and Colorado. So they may or may not have also worshipped in the same building. 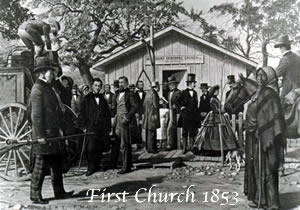 Somewhere in history, the old frame church was torn down and replaced by other structures. The current building is a relatively new commercial office buildings. The Frost Tower was completed in 2004. With over ½ million square feet of leasable space, this tower and the modern world of downtown Austin could scarcely be imagined by the early church members. With the help of a historic marker, we can just barely imagine their world. 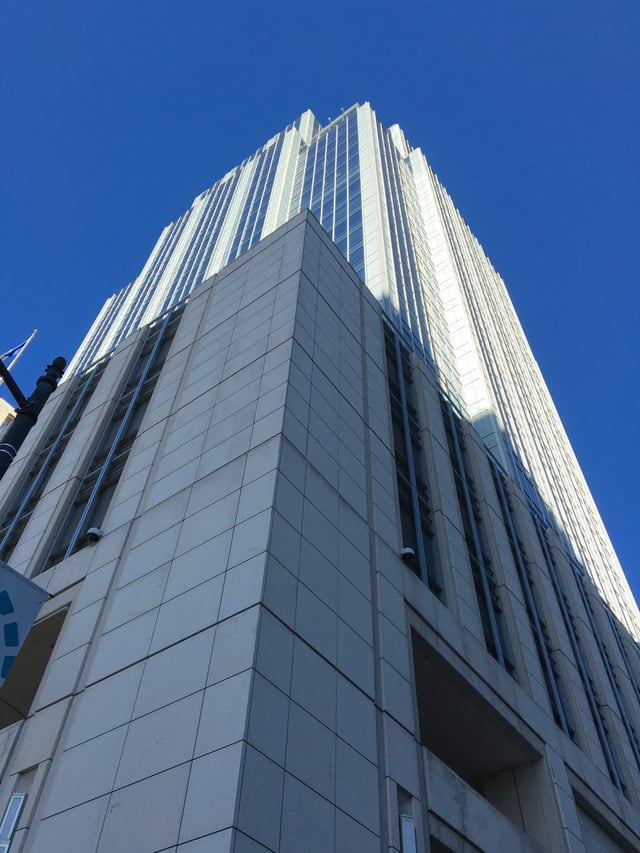