A few blocks from the State Capitol sits a pretty stone church tucked back a bit from the street and offering an inviting stone staircase to anyone walking by. The church is St. Elias Antiochian Orthodox Church, the only Eastern Orthodox congregation in the downtown area. From the outside, some distinctive details differentiate this structure from other historic churches downtown. Few visitors may realize, however, that the source of those differences date from the year 1054. That’s when the Eastern and Western Catholic Churches officially split, forming what we now know at the Roman Catholic and the Eastern Orthodox Churches. 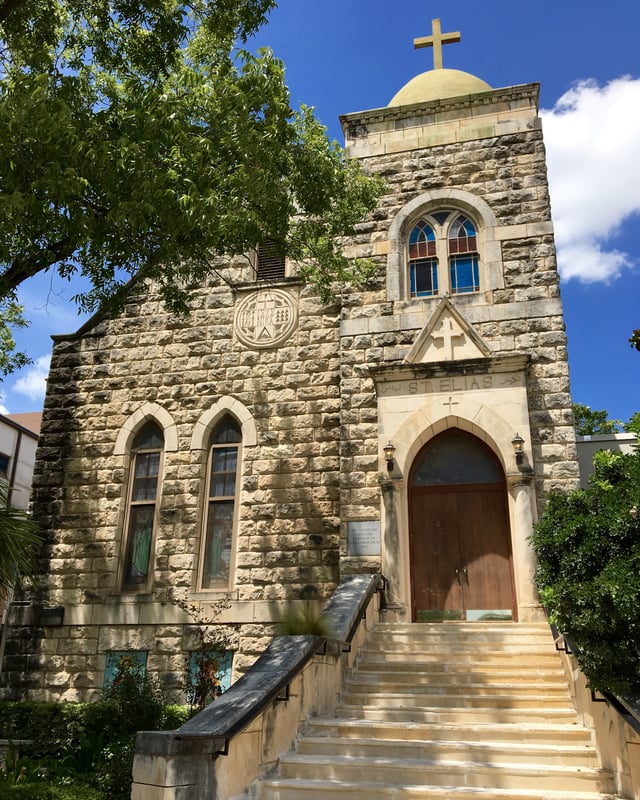 Though the separation was caused by what may seem like small difference in liturgical practices, but much of the discord can be traced to serious political differences between the two church leaders. Up to the time of the East-West Schism, the Church was considered a unified organization that traced its origin to the twelve Apostles. The Byzantine Empire, centered in Constantinople, continued to promote the Orthodox faith throughout its many centuries of influence throughout the Middle East and Eastern Europe. 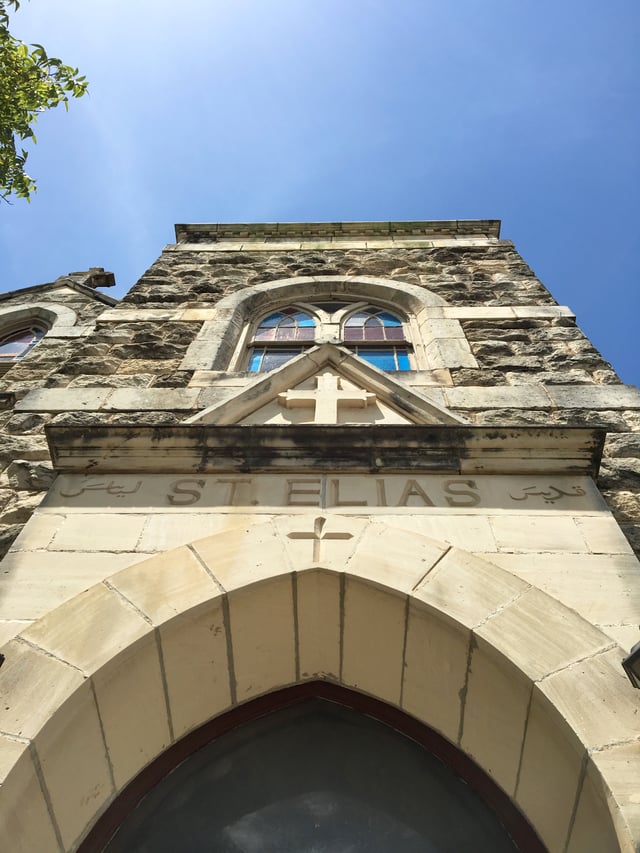 So when immigrants from these areas settled in America, many brought the Orthodox faith, with its many regional traditions along with them. The founders of St. Elias migrated from Lebanon and Syria at the end of the 19th Century. It wasn’t until the 1930’s that they were established enough to purchase a property and undertake the construction of a permanent home. They commissioned Lebanese architect John Kassouf, who patterned the design after the churches in the Holy Land. The church was completed in 1934 and has continued to be a center for the religious and cultural life of the Middle Eastern community in Austin. 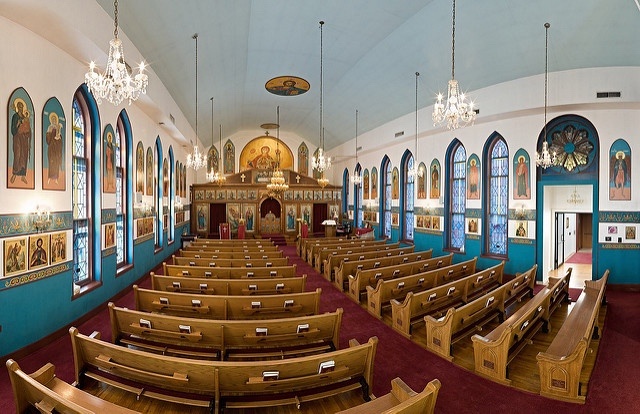 St. Elias has some wonderful resources on its website to explain the rituals of the Eastern Orthodox Church and how a non-member may visit and participate in their services. As one writer notes in an introduction to the practice of veneration upon entering the church, “there’s lots of kissing.”