Shuffling through the old index of memories from my childhood, I was reminded of the huge media event that surrounded the Beatles trip to India. At the urging of George Harrison, the Fab Four, their wives, girlfriends and a variety of celebrities, musicians and friends traveled to a remote North Indian location to go on an extended retreat. They were all at the ashram of the guru, Maharishi Mahesh Yogi to study the celebrated meditation technique he called Transcendental Mediation. 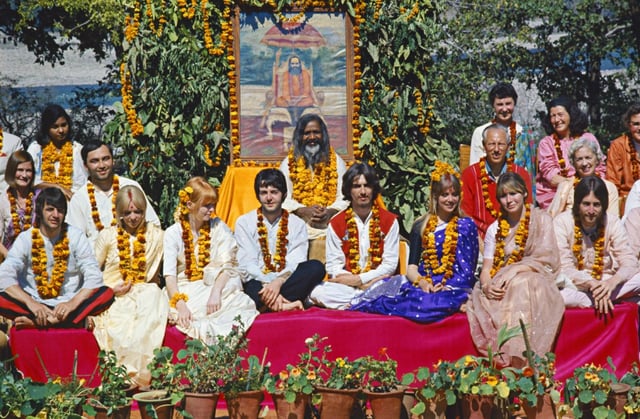 The event was controversial, and the retreat ended with many frictions as various attendees, notably Ringo Starr and Paul McCartny, left early. John Lennon and George Harrison stayed about six weeks and also left abruptly, apparently angered by financial arrangements and possible inappropriate behavior by the Maharashi. Other accounts fault the band members suggesting many were abusing substances in violation of the program.

What is clearly established is that the weeks spent on retreat was one of the most productive periods for the Beatles and other musicians who attended. A very detailed Wikipedia page notes there were at least 30 songs written by the Beatles, most of which became the iconic White Album. Others were included on Abbey Road. In spite of their abrupt departures, each of the Beatles over time mended their relationship with the Maharishi and credit the experience as a major event in their creative lives.

The trip had another, perhaps wider impact as well. The publicity surrounding the trip and its aftermath, along with continuing discussions about meditation and its benefits have opened many in the West to an appreciation of Eastern spirituality. Perhaps because it became such a momentous media circus, popular culture was exposed to a serious and intriguing approach to religious traditions that, prior to 1968, would have only been understood by academics or theologians.