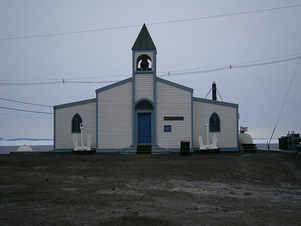 Is the Chapel of the Snows in McMurdo Station Antarctica the southernmost church on earth?  Quite possibly.  According to a clipping from the Antarctic Journal, the building is just 840 miles from the South Pole.

Once again, our family friend Julian Race sends along some really "cool" images.  Check out his previous photos from my blog post on the Antarctic Church in Grytviken.  Thank you Julian and our very best wishes for the rest of your tour! 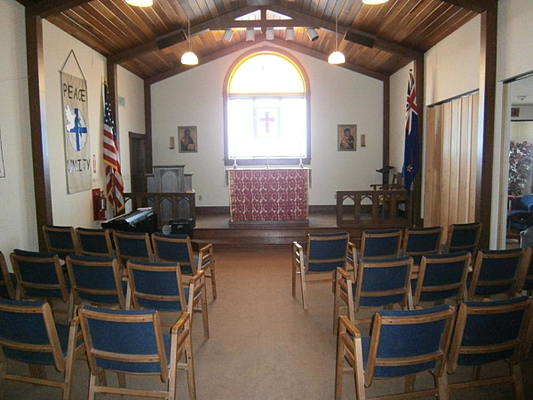 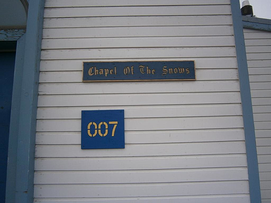 We weren't sure just how often the Chapel is without snow - the image looks pretty stark from the exterior.  Once inside, however, the cozy space does convey the sense of a traditional Christian church.  Considering the conditions, worshippers may refer quite literally to this as a place of sanctuary.

The lineage for this non-denominational chapel dates from the 1950's when a simple building was erected for workers at the research station.  However, this structure was built in the 1980's as the eventual replacement when the earlier church burned.  Open during the summers, the Chapel is served by both protestant and catholic ministers with regularly scheduled worship during the peak months of activity at the base. 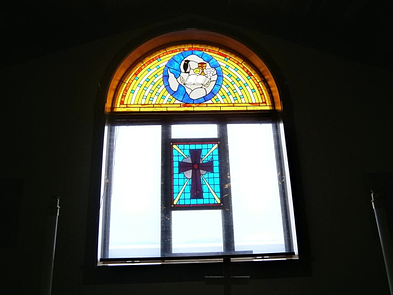