Birth of the Spirituals - Richmond Barthé

On a recent visit to the San Antonio Museum of Art, this piece in the Contemporary American Art wing took me completely by surprise. The piece is sitting on a plinth about waist high, right behind the glass elevator. It would be easy to overlook but for the intensity and power of the subject. I knew nothing of the piece, and vaguely recalled the name of the artist, Richmond Barthé, but the expression of the face stopped and held my attention. I looked closer at the title, of course, “Birth of the Spirituals.” 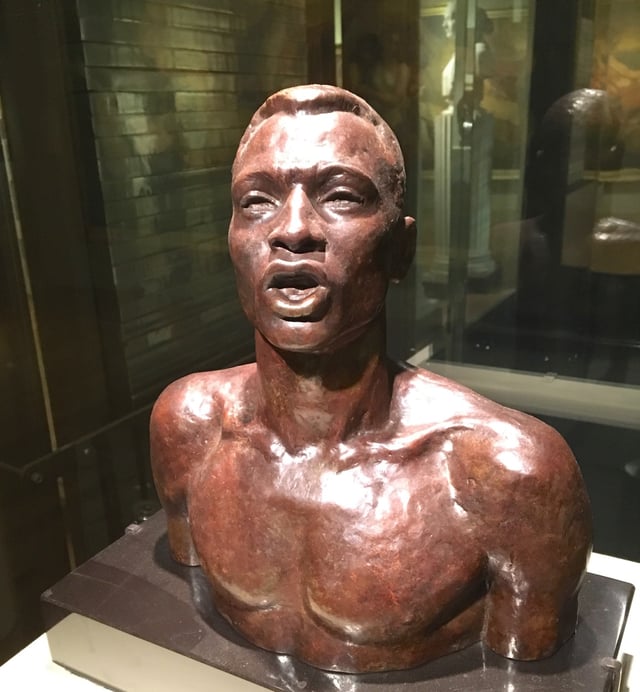 The sculpture is all but singing the notes - on the brink of springing forth with a gospel hymn. How often have I seen the expression, so lovingly expressed here, as a church choir or song leader fills the air with the sound of worship. I wish I could say a particular song came to mind, but actually, the profound silence is what I remember. As this work fixed my attention I came to realize that I was experiencing a song by sight. I was engaged in the impossible act of seeing a heavenly song. 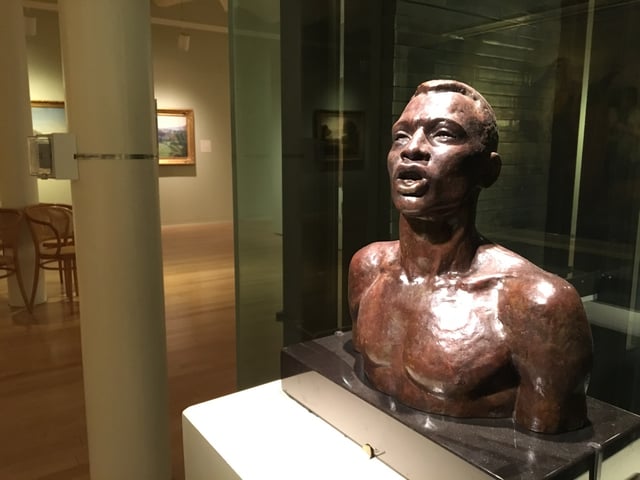 Richmond Barthé is known for capturing in art the spiritual quality of his subjects. He believed that an artist should create based on how something feels, not how it looks. Barthé is known as a major artist of the Harlem Renaissance. This work dates from 1941, at the height of his New York years where he lived and worked until moving on to find a new life in Jamaica. His reputation is mostly as a sculptor, though he trained at the Chicago Art Institute initially as a painter. Many of his works capture a calm or serene emotion either in gesture or in facial expression. This work, however, conveys even more, as it reaches out to the viewer in the same way a great singer with a confident voice is capable. A retrospective of his work in Los Angeles in 2009 featured “Birth of the Spirituals,” in the promotions. 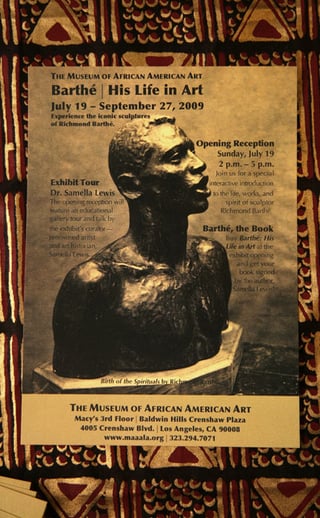 Here’s a video clip of the artist at work in his studio, from what looks to be his New York period.

“Birth of the Spirituals,” by Richmond Barthé is on display at the San Antonio Museum of Artand was purchased with funds from the Lillie and Roy Cullen Endowment.