This summer we happened upon two churches that seemed to symbolize the best and the worst of urban redevelopment. I quickly found out that they are, in fact, the same church! The origianal Chapel of Our Lady of Good Voyage was constructed in 1949 to serve a congregation of sailors and others in the maritime industry. It is about to be demolished. The old port activities have been replaced by high income condos, tourists sites, and professional office buildings. That community will be served by the new church that I saw under construction. 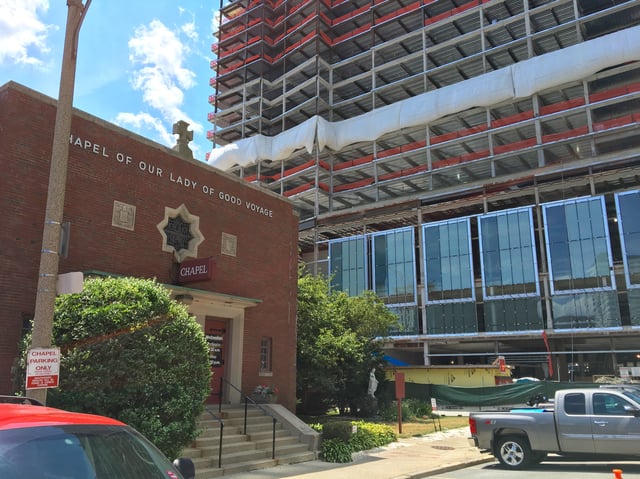 According to aBoston Globe feature this summer, the idea for replacing the old church originated with one of the major developers in the Seaport District. The Globe also notes that the program quickly became a complex negotiation that ultimately resulted in the first new church to be built in the Boston Diocese in over 60 years. The developer gets the property where the original Our Lady of Good Voyage now stands. It’s a prime location for the planned 22-story office building. The Diocese gets a new church on what used to be a parking lot. The site offers a highly visible location at the entry to the growing redeveloped district. Oh, and the developers paid $10 million for the property and also are building the new church. 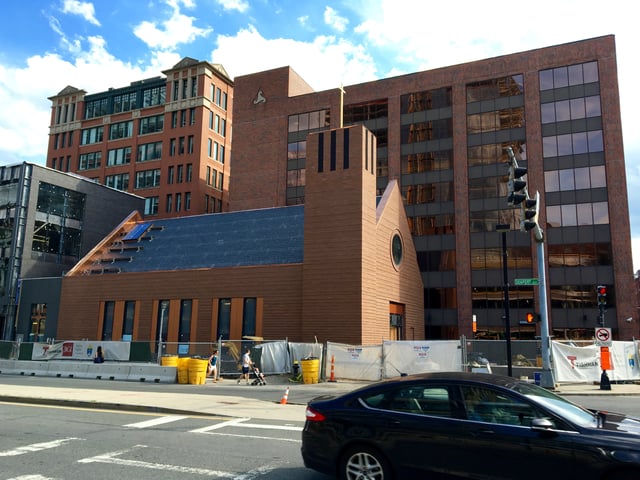 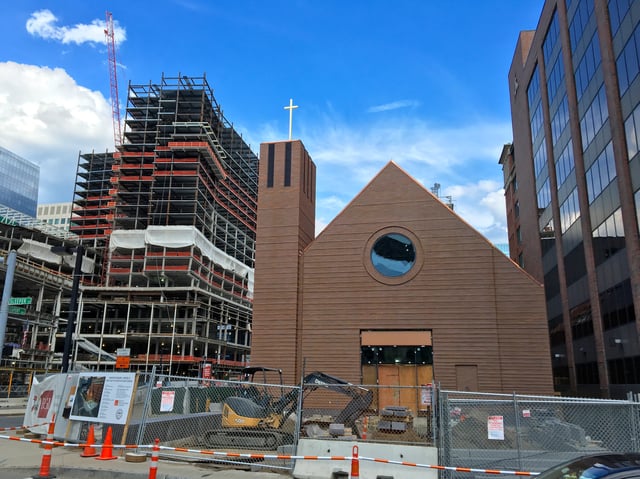 By the time the project is finished, slated for later this year, the new church will seat 210 and will contain major pieces salvaged from many churches that the Diocese has been forced to close in recent years. The focus of the ministry will be in social service and outreach to young professionals. The church is expected to be a popular place for weddings. But the spirit of the old seafarers won’t be lost at the new Our Lady of Good Voyage. A statue of Mary cradling baby Jesus in one arm and a sailing ship in the other will be moved to the worship space shortly before it opens. 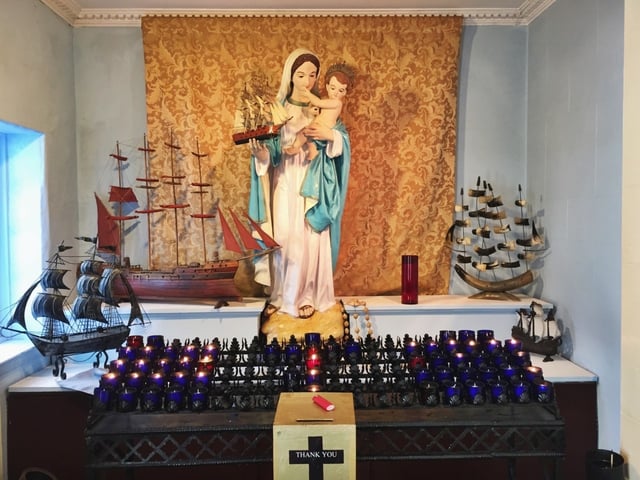 The new Chapel of Our Lady of Good Voyage Catholic Church will be located at 51 Seaport Blvd., Boston, Massachusetts