Boston’s Firefighter’s Memorial on the Mall

Revisiting Boston, I’m impressed all over again with this city’s wonderful public monuments. One of the most impressive is the collection of nine monuments along the center of Commonwealth Avenue. This broad street was patterned after Paris’ grand boulevards by landscape architect Arthur Gilman. The long park in the center was christened “the Mall” and was gradually developed between the 1850’s through 1870’s. Most of the monuments came later. The first was a likeness of Alexander Hamilton placed near the entrance by the Public Garden in 1865. 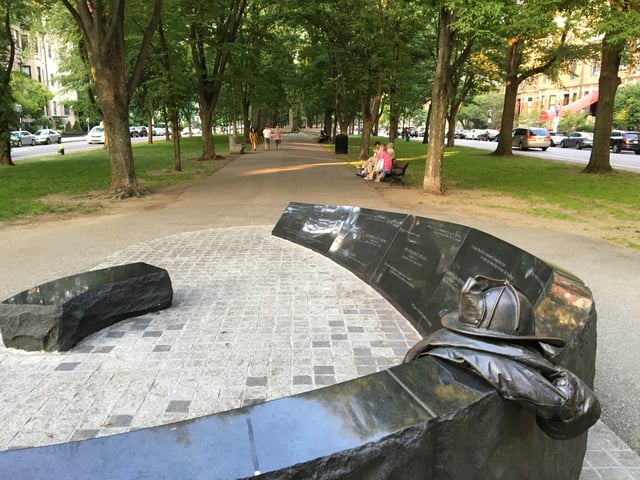 One of the newest memorials was dedicated on the 25th anniversary of a tragic fire that took the lives of nine first responders. The site of the fire was the Vendome Hotel, which was actually just diagonally across from this location. The monument was dedicated in 1997, designed by landscape architect Peter White and sculptor Theodore Clausen. The form is quite different from other monuments along Commonwealth Avenue. An arched, low wall of bronze rises up gradually and curves to create a gentle enclosure. To invite reflection, a dark granite stone is placed a short distance from the arch. 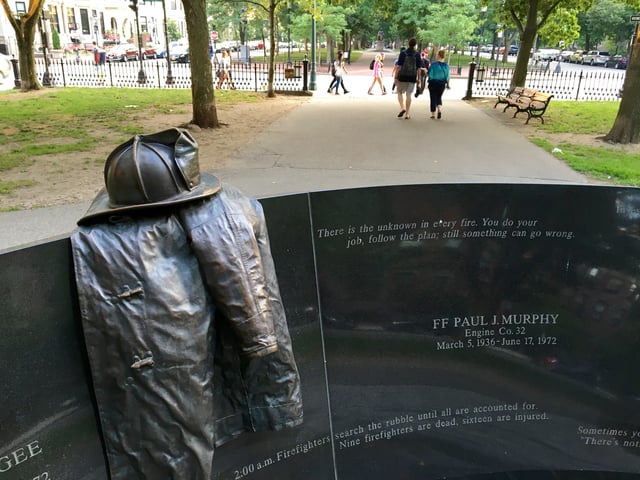 To call attention to those being honored, the distinctive fireman’s coat and hat are draped over the wall. The gesture is informal, as though the clothing was placed there after a long and difficult shift. The inside surface of the wall has inscribed an hour by hour sequence of events that ultimately led to the collapse of the structure with firefighters inside. The names, birthdates, and date of death are noted for all nine. Interspersed are quotes with reminders of the bravery of the men and women who risk their lives daily to protect the public. 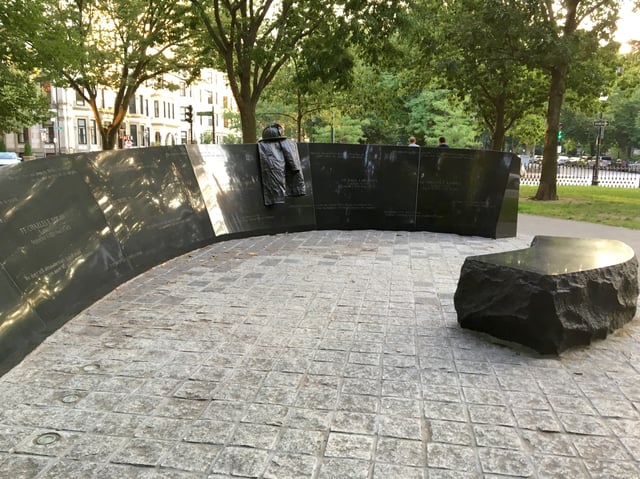 An interesting note, all nine of the Commonwealth memorials are placed facing east, towards the direction of the Public Garden. That means the Firefighter’s Memorial is designed to be entered and engaged from the open side of the arch, which also faces east.

Vendome Firefighters’ Memorial is on the Mall on Commonwealth Avenue, near the intersection of Dartmouth Street