Across from Manhattan, at the entrance to the Williamsburg Bridge, a remarkable landmark is finally given historic designation by the City of New York’s Landmarks Preservation Commission. The building is currently the home for an established congregation, but it was built as for a bank and for decades housed a courtroom. This is a textbook example of successful adaptive reuse. 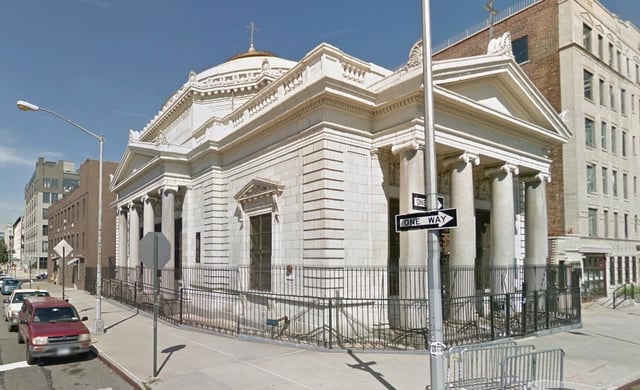 The most important factor in making this building so adaptable is the quality of the original design and construction. According to the Brownstoner website, Architect Frank Helmle designed the Neo-Classical structure for the Williamsburg Trust Company. Opened in 1906, from the very beginning it was intended to be a landmark building. The site allowed for a rare stand-alone structure at the end of established urban blocks. Helmle scaled the classical orders, with stone the columns and pedimented facades, to relate to the urban setting while calling attention to its distinctive character. The dome topping the composition is a reference to the monuments of Roman sacred architecture, the Pantheon, in particular. 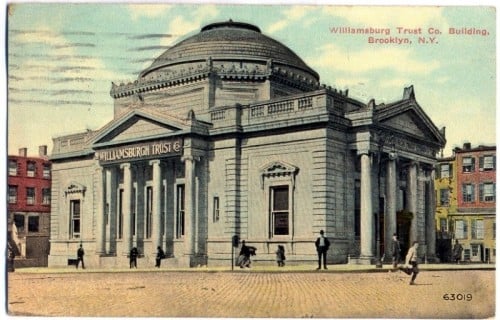 Though its building was designed for the ages, the bank barely lasted there for four years. In 1915, mostly interior renovations converted the space for use as the local Magistrate Court. It is interesting to note that the only significant exterior change was to have a new name carved on the front entablature. This local landmark served as the hall of justice for many decades. But the courts system was consolidated in 1958, so the City sold the building to an Eastern Orthodox church in 1961. The congregation once again respected the beautiful design though they removed the court’s name from the entry. Now known as Holy Trinity Church of Ukrainian Autocephalic Orthodox Church in Exile, several Coptic crosses are the only significant changes noticeable. 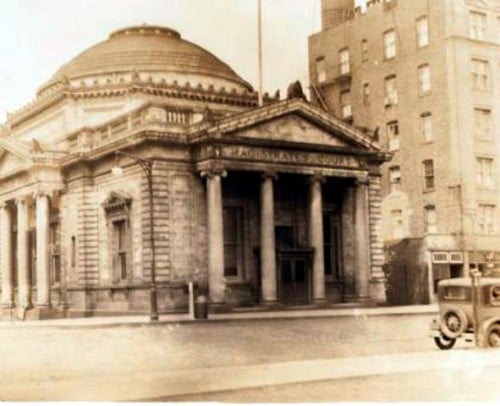 Though the church was not in favor of the historic designation and spoke against the nomination at the public hearing. They argued the landmark status would impose a burden on the church, but the reality is that the church already has shouldered that burden with excellent stewardship over the past 50 years. The status will hinder any plans to tear town or egregiously alter the building’s exterior. It would be unthinkable to consider any plan that would destroy or compromise this historic jewel. The chair of the Commission noted, “(t)his is one of the neighborhood’s most beautiful and prominent buildings.” The Commission discussed ways to offer assistance to this and other churches as they continue to preserve and maintain their landmark structures. Both the church and the City should be encouraged to continue the dialogue.