Caldwell Brethren - Traditional Church With A Hint Of Mid-Century Modern

The town of Caldwell, Texas isn’t very large. Since I drive through Caldwell any time I’m going to the A&M campus in College Station, I feel I know the town. Like many rural communities there are recognizably distinct areas. You’ll find commercial businesses along the main highways as they intersect near the center of town. There’s a historic courthouse square, with the county courthouse commanding the center block. There’s generally several prominent streets with distinctive homes clustered near the courthouse square. Some towns also have a Church Street, where edifices representing major denominations are clustered. In Caldwell, however, the churches are spread out all over town. So I was surprised when I finally discovered the Caldwell Brethren Church on Main Street. 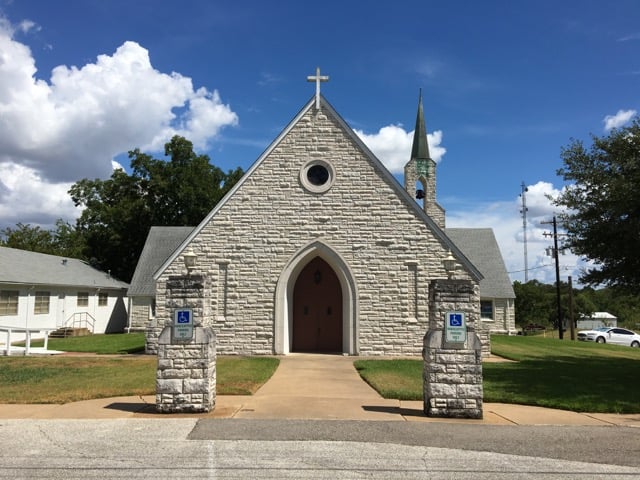 This distinctive stone building, designed by Houston architect, E. Kelly Gaffney, dates from the 1950’s. This was period of transition, particularly for church architecture. The term “Mid-Century Modern” can be applied to some of Gaffney’s residential and commercial work. It also describes many church designs that featured a range of new materials or details used to convey a sense of modernity. But architects at the time were also designing churches that featured traditional forms and details. When Gaffney designed the Caldwell Brethren Church, he showed how even traditional designs could be interpreted with modernist ideas. 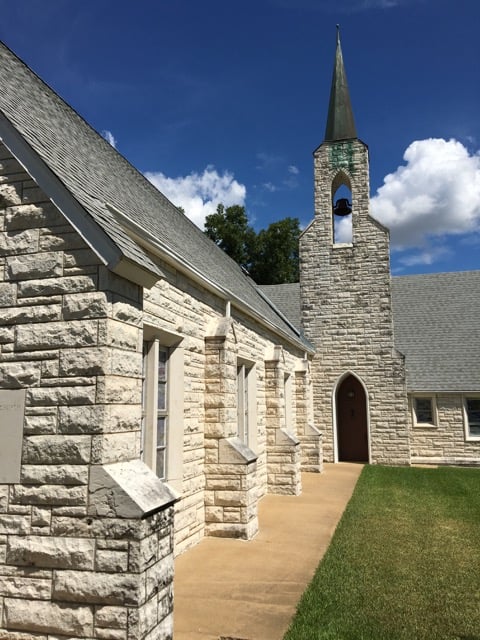 This traditional Gothic church façade presents a formal image to the street. Stone ornamentation is minimalist, framing the door and the round stained glass window quite elegantly. Stone buttresses are expressed on both edges of the façade. In Gothic architecture, buttresses were developed to brace lateral loads from the roof rafters along the side facades. But these front buttresses are wider and are flush with the front wall.  They aren’t shoring up any lateral loads. The architect placed them in order to widen and enhance the appearance of the front façade.

Looking at the tower leaves no doubt of Gaffney’s intentions. It would not be unusual for a traditional bell tower to be placed against the transept crossing. It is unusual that the tower isn’t a tower at all, it’s clearly a flat vertical wall. Seeing the front buttresses and the flat tower together make it clear the architect was emphasizing the appearance of the church from Buffalo Street. And he wasn’t hiding this modernist gesture. In fact, he made this an important part of the design. The sides of the flat walls are most visible from Main Street, presumably the more traveled road, and the primary address for the church. 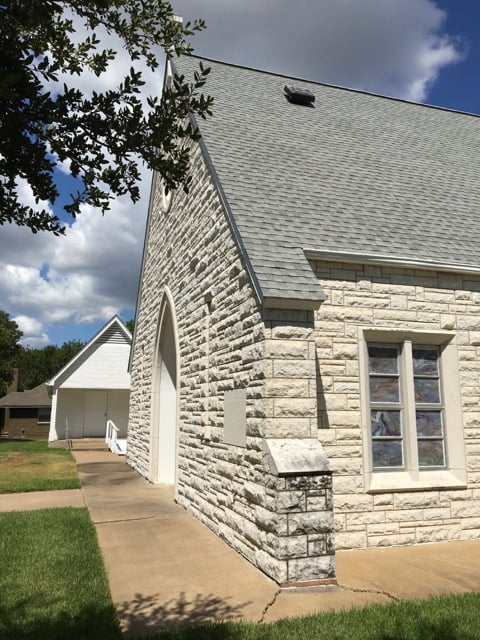