With the changes in US policy towards Cuba, there’s been a growing interest in travel to the previously off-limits country. Though traditional tourism is still prohibited, there are twelve categories of travel that are now allowed. Those include: official business of the government or certain intergovernmental organizations, journalistic activity, professional research and meetings, educational activities, and religious activities. These topics can be broadly enough interpreted that as of this summer US airlines resumed regular scheduled flights to Cuba for the first time in over 50 years. 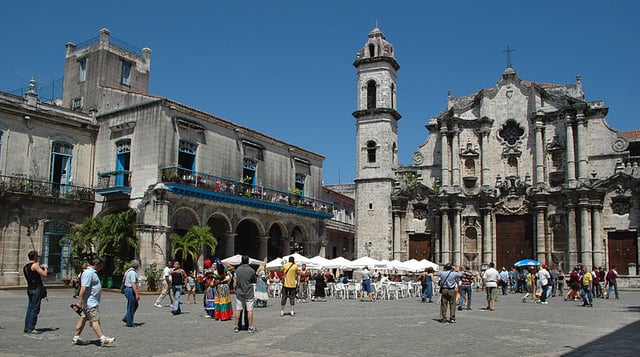 I found it notable that among the promotional photos of Cuba is one reoccurring image of the Cathedral Square in Havana. This plaza is among the oldest European urban spaces in the Americas, the first record of official planning for the site dates from 1577. What developed as the “Swamp Plaza,” was gradually renamed once the Jesuits obtained permission to build a church in 1748. Though Cathedral Plaza didn’t really catch on until much later when the church, after several false starts, was finally completed and designated a Cathedral. 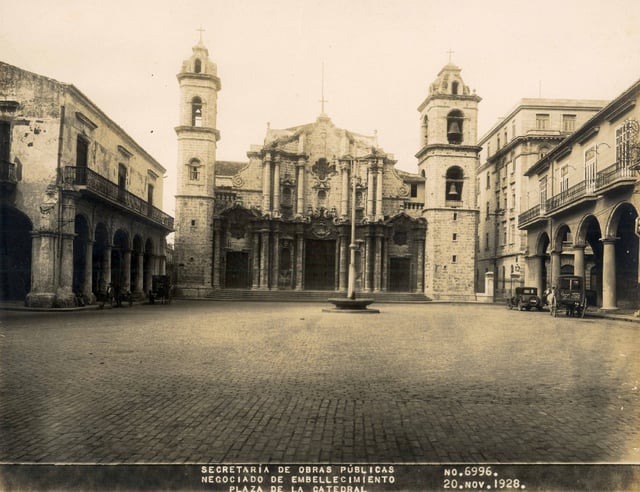 The communist government of Cuba has had a conflicting relationship with the Catholic Church during its decades in power. Initially, though and estimated 90% of Cubans were Catholic, the government, professing full religious freedom, nonetheless shut down hundreds of churches and confiscated many Church properties. In later years, attitudes softened. Raul Castro himself greeted Pope in May as he arrived in Cuba. Current estimates suggest the total Catholic population of Cuba is currently closer to 60%, the image of the Cathedral and the secular and spiritual connections to the beautiful Baroque façade continue to be an iconic image of the island community.