With all the bluster of this campaign season, serious developments are being squeezed out by news outlets overly focused on the latest tweet or web commercial posted by the candidates. But overseas, and in the religious press an event yesterday was noted for its significance and indication of what looks to be a growing trend in main-line denominations. Pope Francis, the leader of the Roman Catholic Church, and Archbishop of Canterbury Justin Welby, the head of the Anglican Church together presided over a worship service as they issued a joint proclamation recommitting to the goal of full union between the two churches. 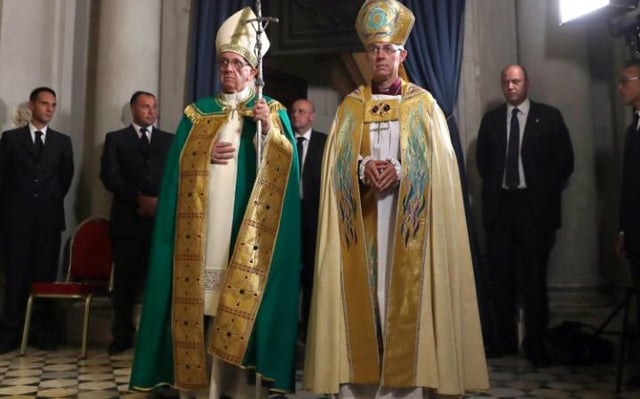 The two leaders also commissioned 19 pairs of Anglican and Roman Catholic bishops to go out together on a mission to give greater witness to their common faith. This group was given their commission, even as the Pope and the Archbishop acknowledged there continue to be differences on issues concerning the ordination of women as priests, and issues of sexuality, particularly regarding gay clergy or same-sex unions. Their joint declaration, however, emphasizes the long history of theological and social connection that has been maintained even after the Church of England broke away in 1534. The declaration also affirmed both churches stances on environmental protection and a commitment to promoting the needs of the poor and marginalized to combat “a culture of waste.”

The joint declaration was issued in conjunction with the highly symbolic Vespers service celebrated jointly by the two church leaders. The event was held in the Church of Saint Gregory in Rome. This is the same location where, in the year 597, Pope Gregory blessed Augustine as he was sent to Briton for the Catholic Church to be the first archbishop of Canterbury. The joint declaration text signifies the importance for both denominations of continuing the work of finding common ground. “(Differences)… cannot prevent us from recognizing one another as brothers and sisters in Christ by reason of our common baptism. Nor should they ever hold us back from discovering and rejoicing in the deep Christian faith and holiness we find within each other’s traditions.” 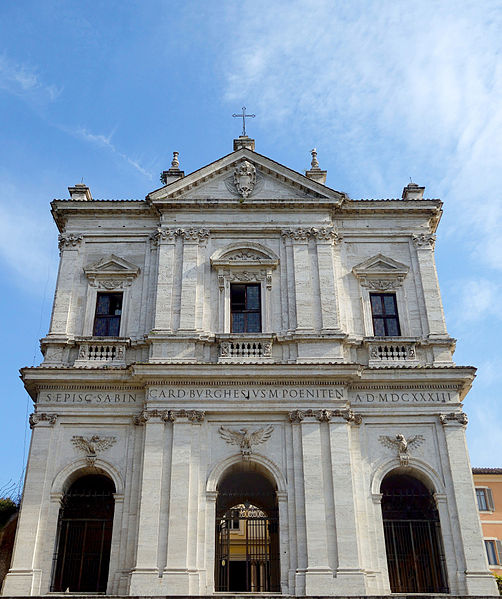