Cautionary Tale as a Church Dies in the Bronx

For over 100 years, Home Street Presbyterian was a prominent presence in the Foxhurst section of the Bronx. An urban area with changing demographics, the congregation began a serving a community mostly of English and Scottish origin. In its early years, it adapted to a wave of Eastern European immigrants, at one point actually merging with another congregation to strengthen both ministries. In more recent decades, it served a mostly Puerto Rican community, but by the end, it appears, adaptability and flexibility were long gone. 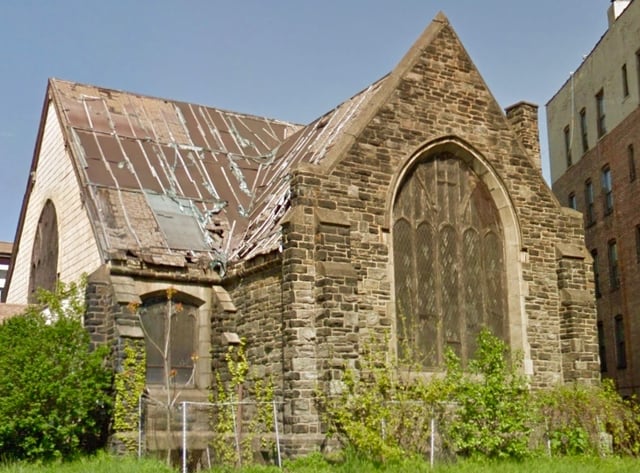 A frank report by an Administrative Commission documents how two hostile groups vied for power in the waning days of the congregation. The conflict became so toxic that the last pastor actually abandoned his position in dereliction of his call. In 2008, the New York Presbytery stepped in to give the congregation one last chance, but it was not to be. The congregation was dissolved and the death of Home Street Presbyterian was made official in 2011.

The congregation had formed in 1910 out of a mission group that had been worshipping in temporary facilities on a prime site in the Bronx. A classic gothic church was constructed on the property at Home Street and West Farms Road and dedicated in 1910.  A photo from the 1970’s shows a traditional church façade with Spanish signage reflecting the local community. 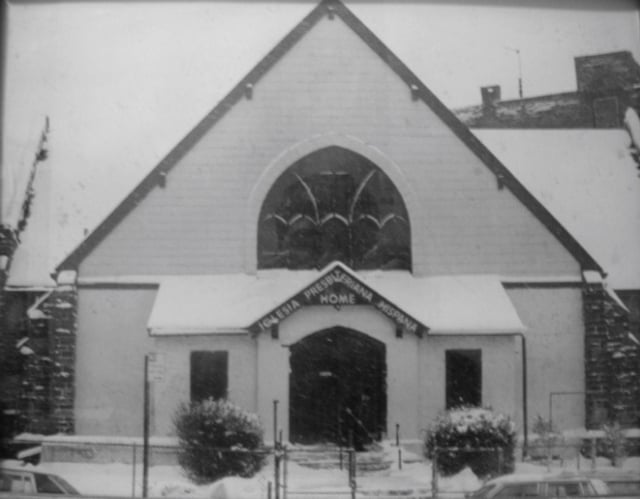 Though the New York Presbytery intervened to save the conflicted congregation, their efforts were immediately confounded when a cold snap caused pipes to burst and destroy the boiler. Insurance funds were unavailable since the economic downturn caused the church’s insurer to fail. A plea for donations from members still bitter over internal fights went unanswered. The Administrative Commission’s report did envision a way to restore the facilities to provide a range of community services and possibly revive the congregation. Obviously, the Presbytery took a different action in closing the church and eventually putting the dilapidated property up for sale. 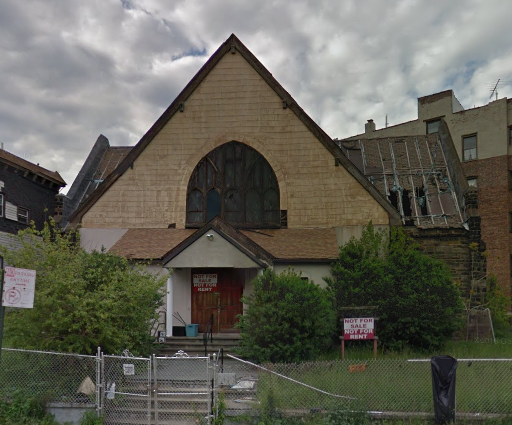 These photos from Google and Flicker are probably the final images of the Home Street Church. As reported in the real estate website, New York YIMBY, the property has been sold to a developer. Plans are underway for a 46 unit affordable senior housing project on the site. The church should be demolished soon. 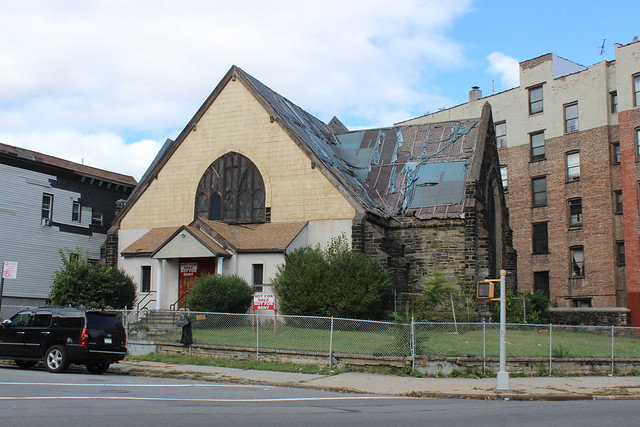