Centennial for Memorial to an Irish Poet Few Remember

Boston 100 years ago was expanding physically and culturally. A growing Irish community was established and asserting its influence in the city. Boston’s Back Bay had been recently completed, the largest of several reclamation projects started as early as 1820. In 1890, the Fens was completed. This linear park was part of Frederick Law Olmstead’s vision of an Emerald Necklace surrounding Boston’s urban center. The Fens transformed a swamp area into an engineered drainage system and public recreation area. 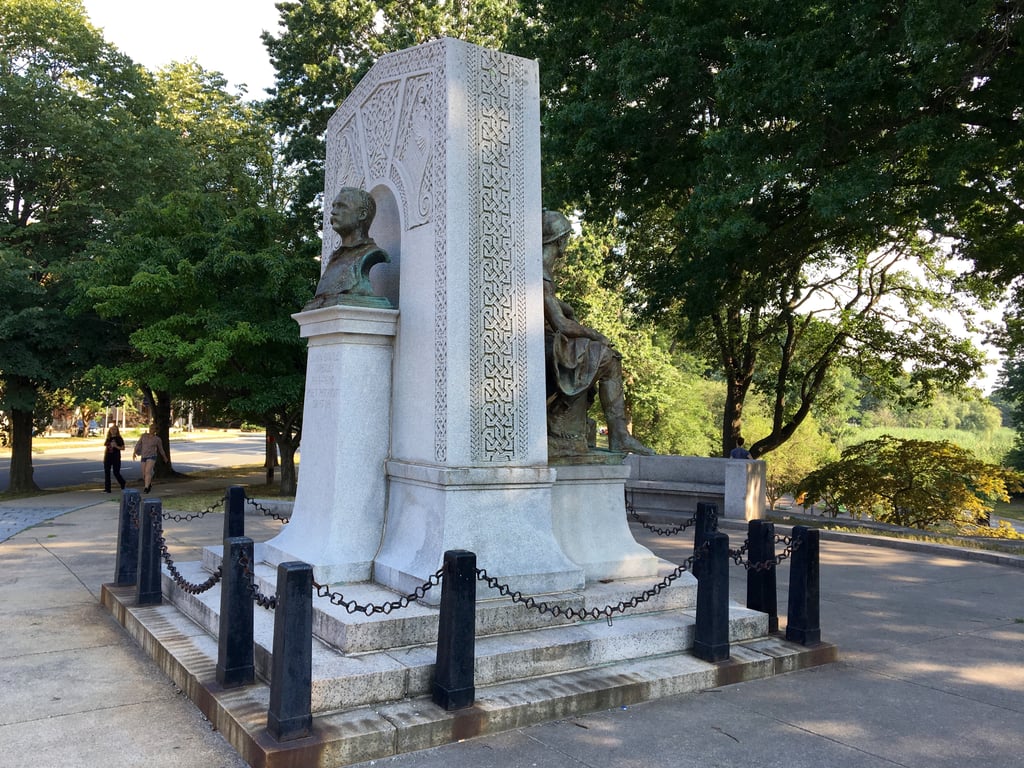 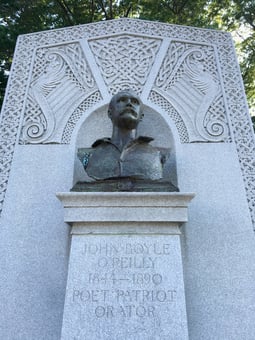 That same year, 1890, beloved Irish poet, editor, and patriot, John Boyle O’Reilly died suddenly. This local personality was greatly mourned. The Massachusetts Historical Society notes that thousands of people came to pay their last respects at his funeral. So it is makes perfect sense that six years later this hero was commemorated with his own Celtic-styled monument near the entrance to the Fens.

The memorial is backed with a large granite stele covered with carved decorations based on traditional Celtic patterns. A bronze bust of O’Reilly looks out from a plinth on the front of the monument. On the park side sits a larger than life figure of Erin, a symbolic figure representing Ireland. She is flanked by figures representing Patriotism and Poetry.

Though O’Reilly is honored by Irish Americans as an important cultural figure, his poetry is largely forgotten. The Pilot, the Catholic publication he promoted and edited, was bought by the Boston Diocese and continues to publish as the oldest Catholic newspaper in America. As Boston has continued to update and restore its parks system, and as more activities grow on Boylston Street, the John Boyle O’Reilly monument will be recognized, even if the name isn’t. 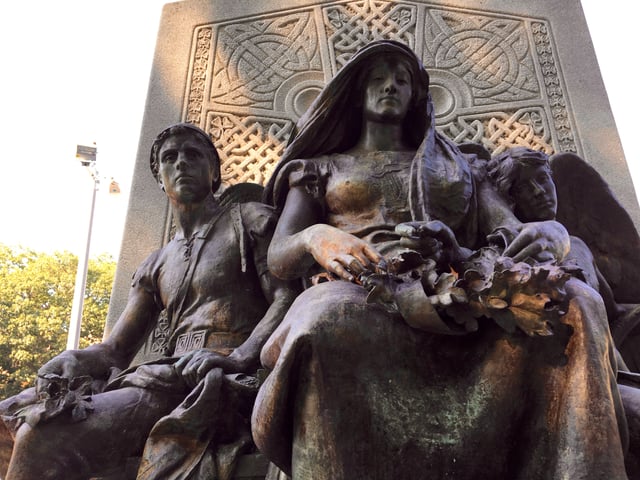 The John Boyle O’Reilly monument is at the entrance to the Fens near the intersection of Fenway and Boylston Street, Boston, Massachusetts