It’s hard to say something bad about the Challenger Seven Memorial Park, but one major issue soured an otherwise positive recent visit. The 326-acre park and preserve was dedicated in 1986 to honor the crew of the ill-fated Challenger Seven shuttle mission. There are many notable amenities in the park. I saw well-maintained pavilions filled with family gatherings. I noted nearby playscapes teaming with children Their locations near shade trees and the use of generous shade canopies make them accessible during the blistering heat. A nature trail offers invitations to walk or jog to the boardwalk for views to Clear Creek. Even a contemporary art installation celebrating Mother Earth is well placed and worthy of note. The only negative to the entire experience was, sadly, the Challenger 7 Memorial itself. 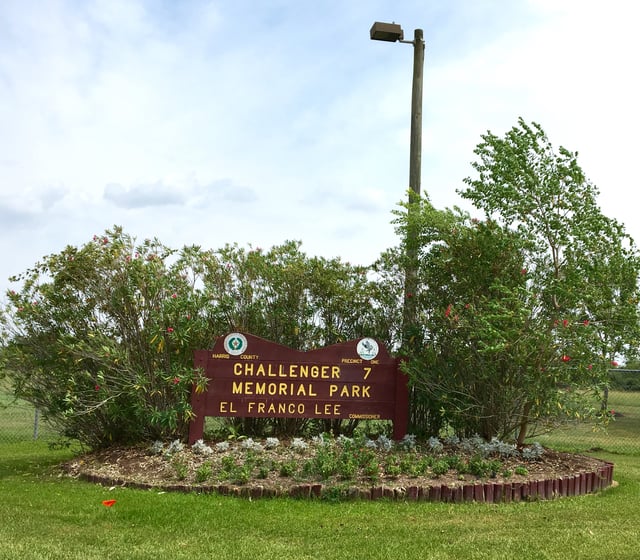 With all the accommodations at the park, the monument is placed far away from everything else. Visitors reach the monument from an exposed parking lot near the park entry in what appears to be the middle of an empty field. From the car, a visitor can see the simple black granite stone on a small rise with a few rugged ornamental trees. If that was all, then I might only say that the placement and design of the monument was arguably uninspired. But the landscape designer added one detail that proved too much. 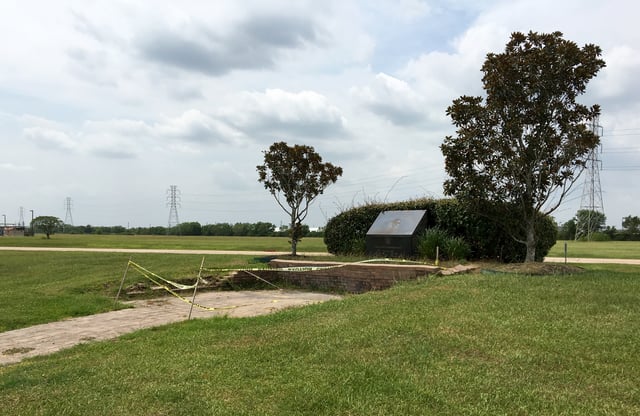 As the ground rises up to form the small hill, the walkway remains level, requiring a small excavation into the hillside, just tall enough to add low brick retaining walls. I don’t know if these walls date from the original park, but clearly, they were not installed well and have begun to crumble. So someone has placed yellow police tape around the walls, effectively cordoning off the monument. Or actually, not very effectively, since the yellow tape is quite faded and most of it was on the ground. 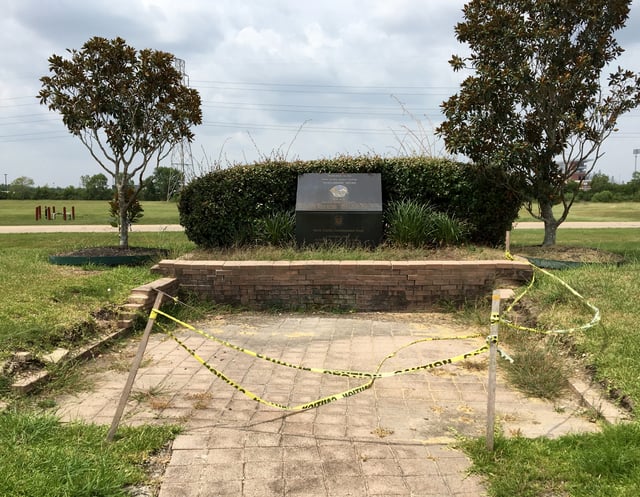 What can only be seen as an embarrassing irony, this monument to a space tragedy caused by construction failure is prominently displaying its own construction failure! A small retaining wall isn’t that difficult to build, but if there was any concern about stability in the soils, I would have expected to see select fill materials behind the bricks. Where the wall had crumbled, it looked to me like the structure was only backfilled with regular soil. 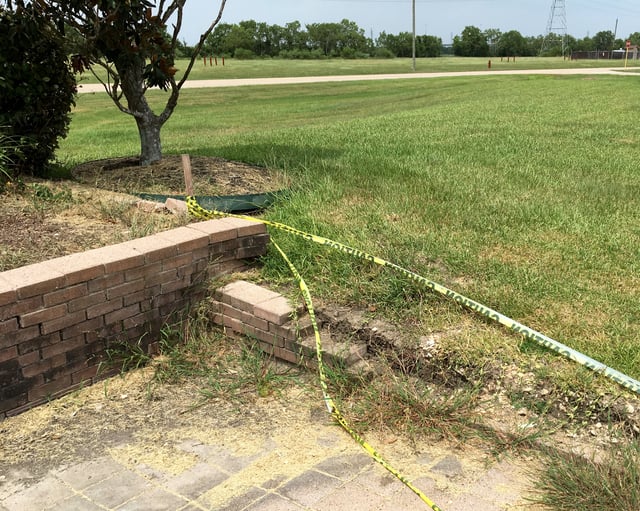 So if the original wall wasn’t in good shape, it was particularly aggravating to see the structure left in a compromised position. A maintenance crew could fix, repair or completely replace the entire wall in a day or two. Faded warning tape and the steep angle of the wall sections that hadn’t collapsed indicate the monument has been in this condition for quite some time. Instead of memorializing brave astronauts, this memorial symbolized for me a lack of interest or sympathy for our fallen heroes. I do hope someone takes note soon, and I do look forward to a follow-up visit to check out the repairs.