So there is no confusion, the name I’ve given this project, Church-a-Day, in no way limits the inquiry exclusively to Christian places or images. I've thought a lot about this issue, and I’m interested in the way all faiths and religious have cultural influences on modern society. For most of us, unless a faith tradition is our own, or one we are familiar, we may know nothing of the spirituality behind a particular image. 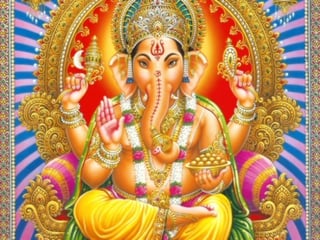 So today I wanted to focus on, Ganesha, the Elephant Diety. This loveable character has been adapted easily to pop culture. In Hindu tradition, Lord Ganesha is associated with prosperity and removing obstac 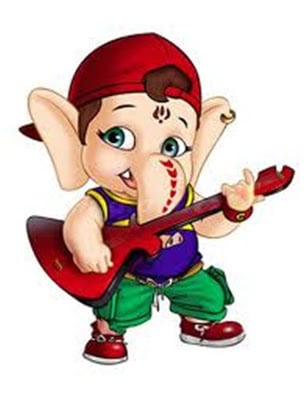 les. A festival in his honor is popular in parts of India and has made its way through the diaspora to celebrations in Britain, Canada, and the US.   I’ve seen traditional Ganesha images on t-shirts and banners. A quick search came up with these very contemporary renditions; Ganesha with an electric guitar and Genesha at the computer. This affable elephant sure gets around!

When we worked with the Austin Hindu Temple, their first permanent temple had been built for the Lord Ganesha deity. It was explained to us that the main temple would be home for the other deities while the smaller Ganesha temple would remain adjacent. In a small way this geographic relationship makes sense, and has helped me appreciate the role of this god. The remover of obstacles ought to be the one out front, approachable. And who can’t love a cuddly elephant? 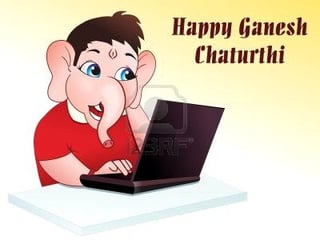