In the 1980’s, the exterior of Christus Church in Hanover was preserved as a significant Neo-Gothic historic landmark. But the interior remained in a deteriorated state. The congregation on its own was unable to afford the major upgrades needed to maintain the soaring 19th Century nave. So local officials stepped in to assist. Solving two problems at once, Hanover leaders arranged to renovate the church interior, provided the structure also serve as the home for an esteemed music institution, the Hanover Girl’s Choir. The merging of the two groups was set to accommodate the growing choir’s need for practice space while also updating and preserving the church. 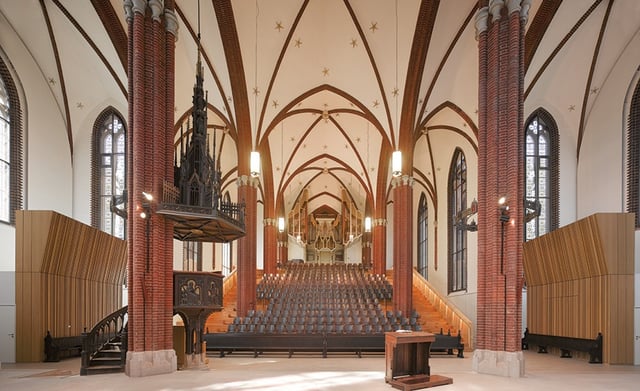 Apparently, the idea of sharing the main worship space wasn’t an acceptable solution. So architects Ahrens & Grabenhorst, devised an idea to insert a stepped up riser to create seating in the interior and the required practice room underneath. This solution was only possible thanks to the massively tall interior. Architectural Record quotes principal architect, Roger Ahrens, about developing the idea: “Since the architecture is vertical,” says Ahrens, “we decided to start with the floor and fold it upwards.” 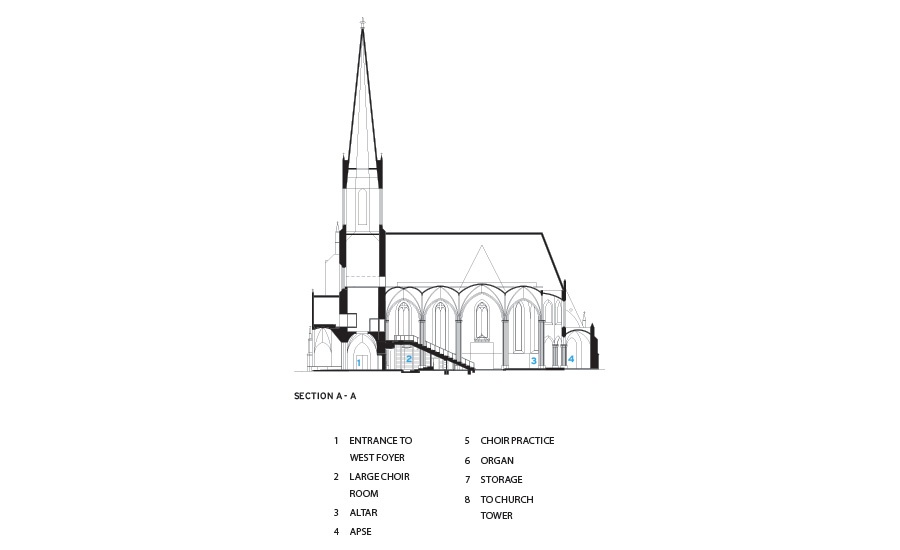 Over the course of last year, I noted many examples of churches getting adaptively reused for a variety of new uses. Nearly all of these assumed that the structure would no longer serve a congregation’s needs for worship. This program not only restored a historic landmark, it provided a new space for the musicians and an improved space for the church. Christus Church actively functions now as both a civic and sacred landmark.