One of the hottest new dance clubs in Manhattan is based on - guess what? Worship spaces! The Flash Factory is the brainchild of Michael Satsky, an empresario who tops the city’s club scene. He created a 10,000 square foot interior entirely from castoff building elements. Gothem quotes Satsky in an interview months before the opening: “They’re pieces taken from temples, churches, schools—any space where large groups of people have congregated,” he says. “It gives you the feeling that you’re in a spiritual environment.” 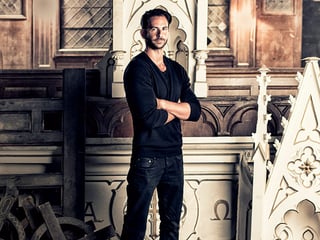 Is this the start of some crazy new fashion? Are traditional churches and temples about to become hipster chic? It’s probably way too soon to call it a trend, but the concept, at least, does make some sense.

In clothing design, Steampunk has grown in the past few years as inventive designers and science fiction enthusiasts merged Victorian design with actual pieces of 19th century machinery. Now Steampunk is recognized as a legitimate fashion trend featuring the look of antique mechanics, but with little or no regard to the actual use of the technology.

So the idea of reusing church and temple pieces for design effect isn’t so far fetched. Like Steampunk using antique gears and tools, the designers at the Flash Factory used church pieces for aesthetic looks only. Maybe by association this did create the feeling of a religious space. There was no regard, however, to the actual uses of these pieces, except for a few instance of ironic juxtaposition. It was noted that a stained glass window and religious icons are placed behind one of the bars. Oh, and there is also the ironic logo.