Since yesterday’s blog had me thinking about India, I looked back over my photos from a recent visit to the Museum of Fine Arts in Houston. There’s a permanent display of art from the East, offering a basic survey of art and artifacts from Japan, China, Korea and other countries, including India. I photographed their Ganesh statue, since I’ve blogged about this approachable deity and how its image has become a popular culture icon. 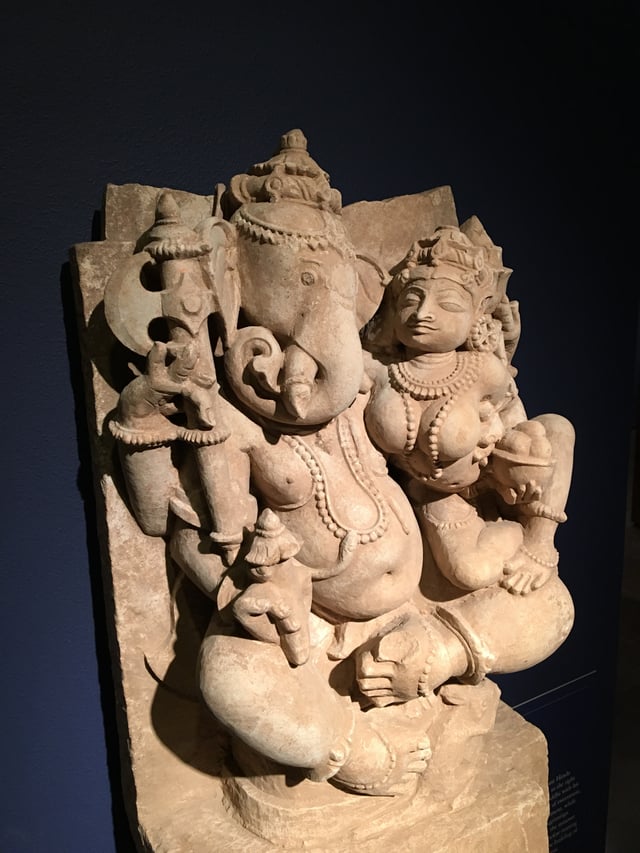 This stone-carved Ganesh is shown embracing his consort and fellow deity, Siddhi. While Ganesh sways gently to the right, Siddhi leans into him, holding her bowl of sweetmeat, a symbol of fulfillment and attainment. This cuddling couple dates from the 10th - 11th Century India and no doubt adorned a temple or holy site, along with other holy images depicting a wide range of very human emotions and concerns. These images could be easily understood by contemporary viewers who would either read these overt expressions or they could interpret the more rarified symbols.

Except I realized that these statues may not have been viewable by visitors at all. I also recalled my visit with the Sthilpi working on the Austin Hindu Temple. As I noted in that blogpost, their artistic creations were placed entirely on the roof and would never by seen by the public. 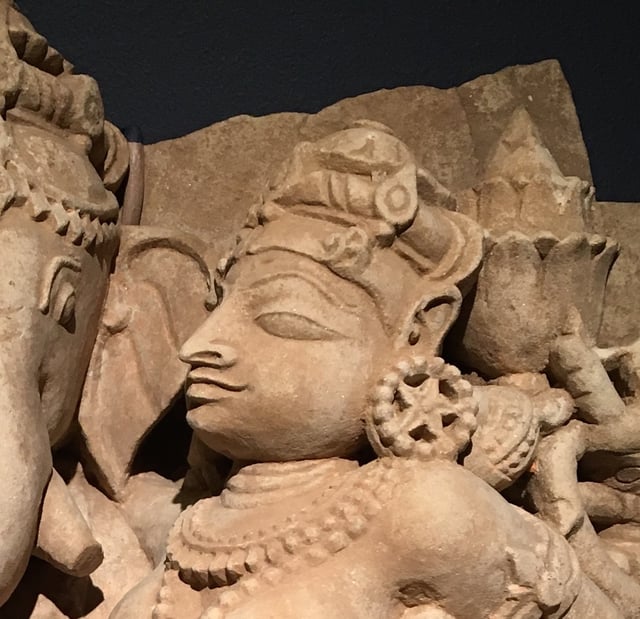 But even more significant is the amazing continuity between these artistic creations in the service of Hindu beliefs. I’m not well enough versed in Hindu traditions to say which goddess is rendered in this composition from Austin. The Sthilpi had just placed it on the central Vimana, having molded the features and carved the ornamentation in soft clay, which still hadn't completely dried when I took this photo. 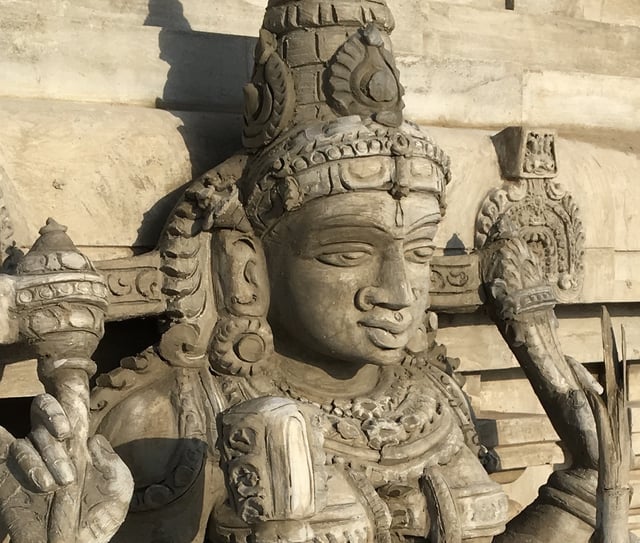 The resemblance between the two goddesses is stunning. Though the gestures are different, the overall proportions, the elongated eye, the rendering of ornamentation and detail have many similarities. Just think about the timeframes. These two compositions are separated by at least 10 centuries!! By comparison, Abbot Suger built his new chapel at St. Denis, initiating the Christian tradition of liturgical stained glass only in the 12th Century. Our Western idea of liturgical arts would have to be greatly expanded if we were to consider continuity through so many generations a priority.