With the massive destruction of so much territory in Canada over the past week, it is obvious why I would be thinking about fire and its association with things spiritual. The Fort McMurray fires in Alberta have wiped out acres of forests and hundreds if not thousands of homes. The whole world has been fixated by images of towering flames wreaking havoc on everything it their path. 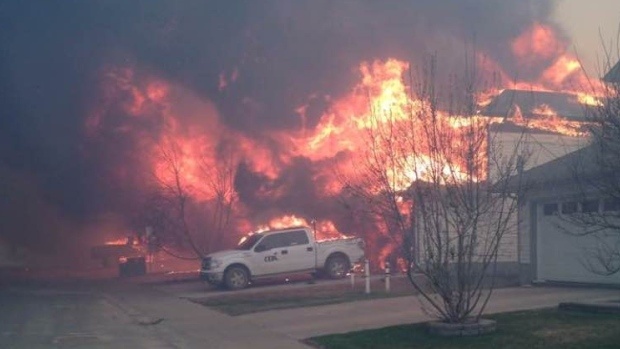 I was reviewing dedication photos from the Austin Hindu Temple and it occurred to me that a major part of the preparation included fire. Under a large tent outside the temple walls, families and groups of priests fashioned square brick fire pits in preparation for the week-long event. At various stages in the ceremonies, fires were set alight in these pits. Apparently, the flames served to heat or purify various elements used in the ceremonies indoors. But it also seems that the fire pits were locations for their own prayers and rituals. 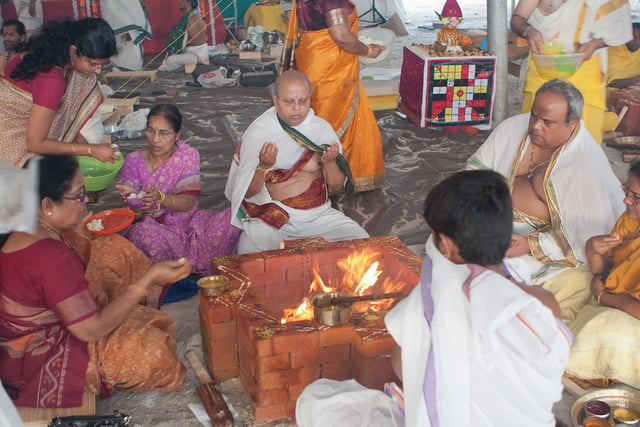 I immediately associated these Hindu rituals with the Christian tradition of the Easter Vigil. An Easter Fire is lit outdoors at the beginning of the vigil mass or service. The fire is blessed and is used to light the Paschal candle. In many churches, the parishioners hold candles and stand around the flame. These candles are lit from the Easter Fire as the congregation processes into the building to begin the Easter celebration. 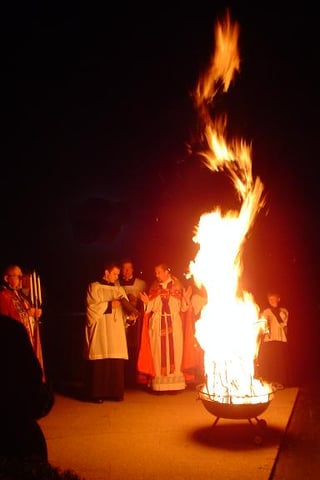 In popular culture, the classic fire symbol, the phoenix, has been resuscitated thanks to the Harry Potter phenomenon. This mythical bird must perish in flames in order to be reborn. Once the awful act is complete, then a new phoenix rises gloriously from the ashes. 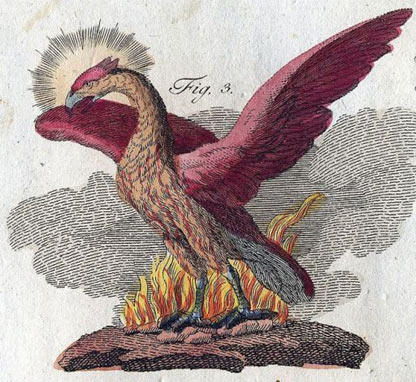 Fire as a spiritual symbol reminds us of a simple yet painful truth. Burning flames causing massive destruction also make new life possible. The fire, as I think about these two faith traditions and the glory of the symbolic phoenix, is associated more with the beginning than the end. Our hope and prayers for the residents of Alberta is for a glorious new life after such unthinkable loss and destruction.