A news story out of Dallas illustrates what can happen when a memorial for a pivotal event is important to some people, but others may feel differently. You would think that the impetus for placing the memorial would spark a moment of exchange to identify lingering issues and resolve conflicting feelings. But you might just as likely see people take the other approach and do everything possible avoid the issue. To use the apt metaphor, you may find people desperately try sweeping the whole thing under the rug. Apparently, that is exactly what is happening now at Dallas’ Love Field. Though considerable work was done to commemorate the inauguration of Lyndon Baines Johnson, the effort has been mysteriously stopped dead in its tracks. 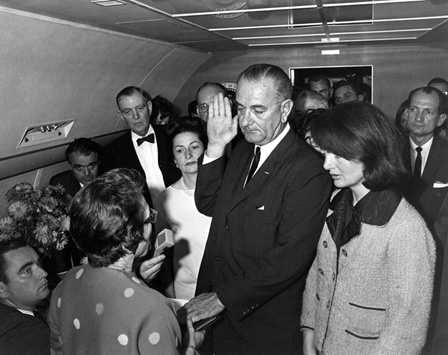 Anyone of my generation remembers the photograph of LBJ inside an airplane with Jackie Kennedy beside him immediately after the assassination of John F. Kennedy. The reassuring gesture of the raised hand in taking the oath of office is a jarring contrast to the jumbled scene aboard the aircraft. What most of us didn’t know is that moment, on November 22, 1963, the airplane was not flying but was actually on the tarmac at the Dallas airport, now known as Love Field.

In 2015, through the diligent efforts of former State Rep. Dan Branch, historian Farris Rookstool III and a group of influential historians and politicians, private funds were raised to place a marker on the exact spot where Airforce One was parked at the moment of the fateful event. The group noted that there were only four presidential inaugurations that have taken place outside of the capital city. The other three have been preserved and are appropriately marked.

The group had also advanced plans to create a display in the airport explaining the importance of the event. The design included a viewing window to let visitors gaze at the marker and an LED light at the site. With some fanfare, the work began in 2015. Without notice, however, a short time later the work was stopped. 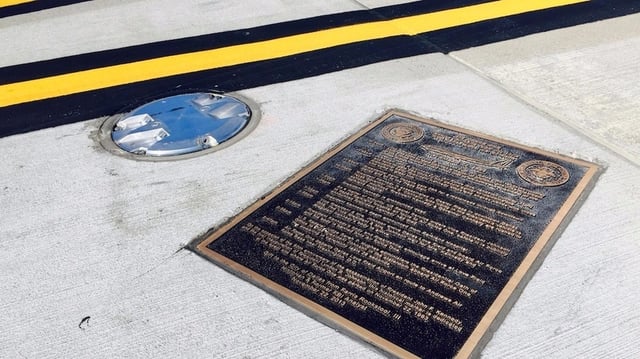 Jason Whitely, a Senior News Reporter at WFAA in Dallas reports in the Texas Tribune on the mysterious circumstances surrounding the cessation of the memorial program. As it turns out, no one will admit to actually stopping the work. Whitely quotes several officials who imply the FAA or Southwest Airlines were somehow involved, but spokespersons for both groups make it clear this effort is of no concern to their organizations. From his investigation, it would seem that someone or some group with influence in the City of Dallas, or the Department of Aviation is the culprit. To date, their objections, for whatever reason, have scuttled the project, though its hard to believe someone won’t eventually trace their fingerprints.