Facebook has a setting for an account of someone who is deceased - it becomes memorialized. Friends and loved ones can continue to post memories or share images, and next to the person’s name will be the word “Remembering.” I don’t know whether a similar status is available when a church goes under, but apparently it’s needed for the Facebook page of the Bethesda Baptist Church in Jersey City.

The real estate websites, New York Yimby and Jersey Digs note the old church structure is slated for conversion to a 10 unit residential condominium. In September, the local Historic Preservation Commission approved a certificate of appropriateness for the project that includes roof and window alterations, but will otherwise preserve the old structure.

The old structure has been through a lot since its dedication in 1874 as the Scotch Protestant Episcopal Church. Over the years, the neighborhood changed and so did the congregations that called this church home. According to Hudson Reporter, Lutherans and Greek Orthodox congregations were each located here for a time. 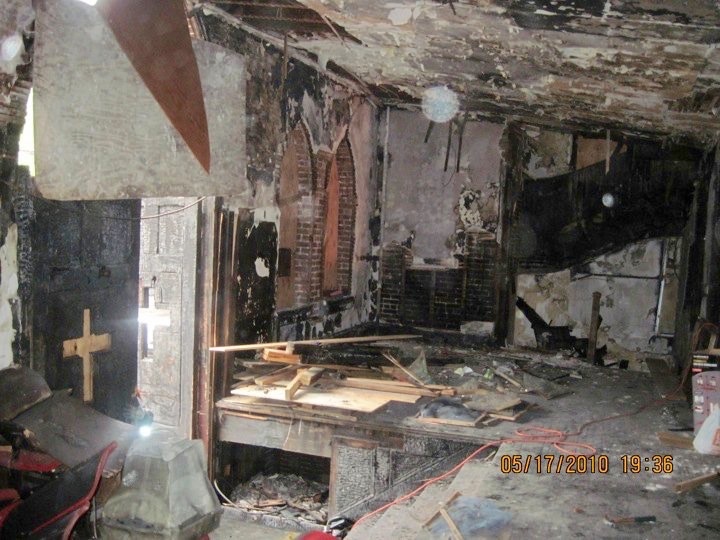 Bethesda Baptist, a group that dated from 1882, relocated to the Mercer Street property in 1964. A fire in 2007 severely damaged the interior. The church began temporary services at a nearby high school while members worked to raise money for the restoration. Demolition for the work began in 2010 and it was reported the church had already raised half of the $4.5 million budget. Citi Structures, a project management company, lists the church as one of its clients. They note, however, that the initial bids for the project were over $10 million. Citi Structures says it was retained to bring the project back in budget. 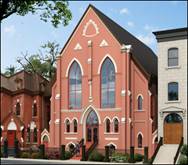 Rendering of the scuttled restoration for Bethesda Baptist from Citi Structureswebsite.

Somewhere in the period that followed, the dream for a restored church became a nightmare. Looking to find out what happened to Bethesda Baptist Church, I came upon a Chapter 11 bankruptcy filing in 2013. Among the church’s creditors was Citi Structures. There are certainly more details to fill in the story, but the ending is pretty clear. Bethesda Baptist Church ultimately lost its struggle, while the old, adaptable building will once again be given a new life with a new purpose.