We watch helplessly from a distance as tens of thousands of refugees flee from the massive upheaval in Syrian. We see pictures of desperate people braving the seas or huddling in camps. The heart wrenching images of children will continue to haunt us as indelible horrific images of the Syrian conflagration. Amid the human misery is also a cultural carnage. Irreplaceable monuments, mosques, and landmarks, including World Heritage Sites have been damaged or destroyed. One such casualty is the Great Umayyad Mosque in the ancient city of Aleppo. 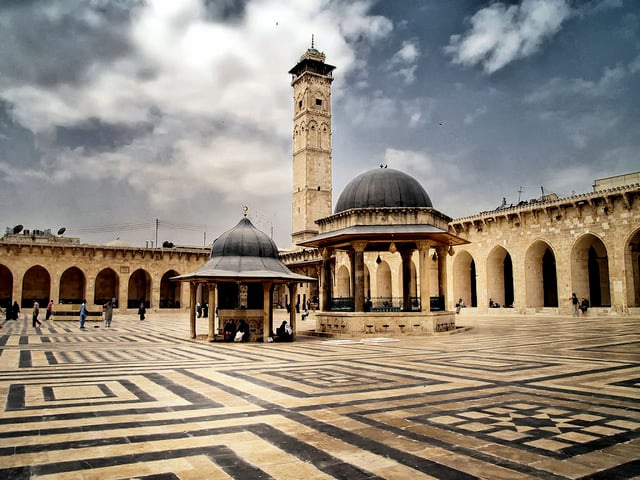 The Great Mosque has been a center of worship and learning for centuries. Founded in the year 715, the present structure dates largely from the 12th through the 15th Century. The oldest part is the prominent minaret that dates from 1090. The massive courtyard is famed for its polished patterned paving. The entire complex was given a major restoration in 2003-2004 and was a major tourist destination. 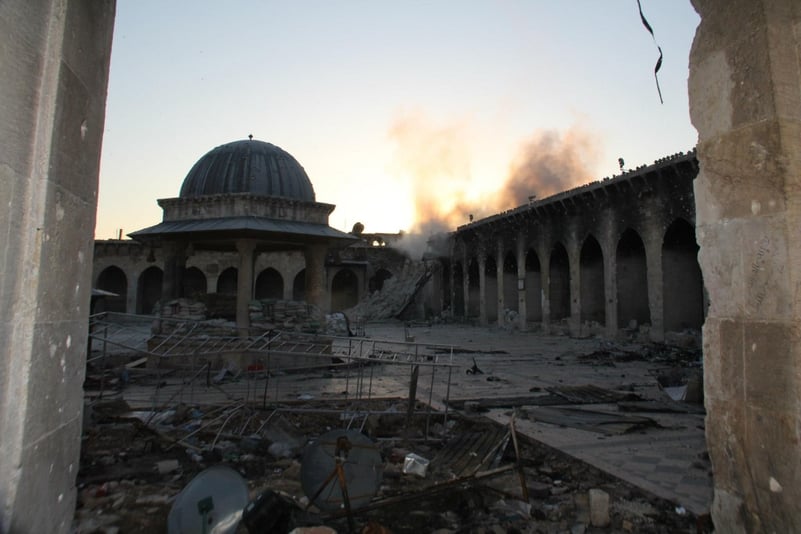 What we know of the Great Mosque now is troubling. In 2013, the grounds were the site of major fighting. In the aftermath, photos show the courtyard in strewn with rubble and the ancient minaret completely destroyed. 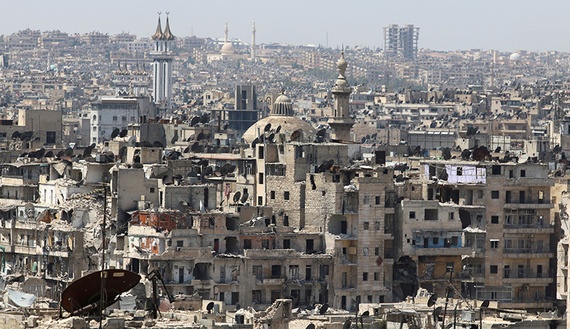 View of the City of Aleppo Aug 2016 (REUTERS/Abdalrhman Ismail)

At the present moment, Aleppo is once again the center of a chaotic battles from many competing forces. Rebels are fighting to control the city and to free besieged areas. Turkey has moved its forces across the border to battle ISIS but also the Kurdish Syrians. The Assad government, backed by Russia and Hezbollah is sending in reinforcements to try to hold the city. No matter who wins, there is certain to be more human suffering and cultural destruction in the aftermath.