In the dark, pulled off the access road of a jam-packed highway, we stumbled upon the Billy Dan Howry Memorial completely by happenstance, or maybe it was somehow predestined. Here's the story, and you decide how it was that we discovered it. 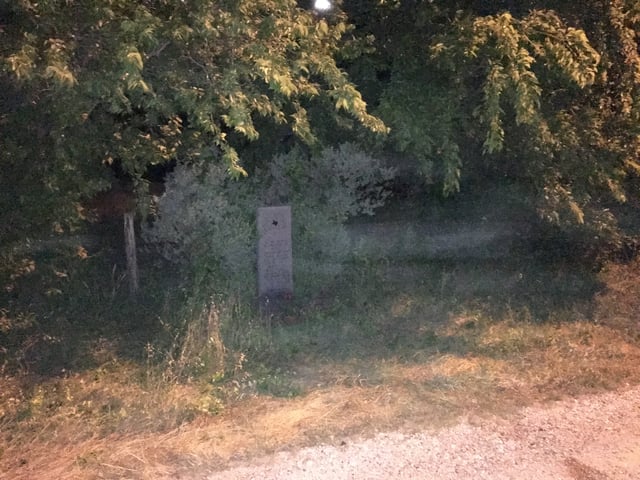 My colleague, Richard Peña and I were driving back from a committee meeting on I-35, when we suddenly were stopped in backed up traffic just north of Temple, Texas. Even though it was after 11 pm, we found ourselves creeping along as highway construction, somewhere in front of us, shut down all but one lane . Richard drove while I pulled out my laptop and started my blogpost about James O’brien, a fallen officer whose memorial I had photographed earlier in the day. We finally made the exit and inched along towards an intersection. Richard was getting tired so he pulled off the road behind an parked 18-wheeler. He was more than ready for me to take the wheel.

But I hadn’t finished my blogpost. It was approaching midnight and I was determined to complete my daily blogpost. I’m taking this 365 challenge very seriously, and traffic on I-35 wasn’t going to get the better of me. I rigged up my I-phone’s hotspot and connected with my laptop’s wireless, checking the Officer Down Memorial Page for more information on Officer O’brien. Richard got out and stepped into the darkness to stretch. 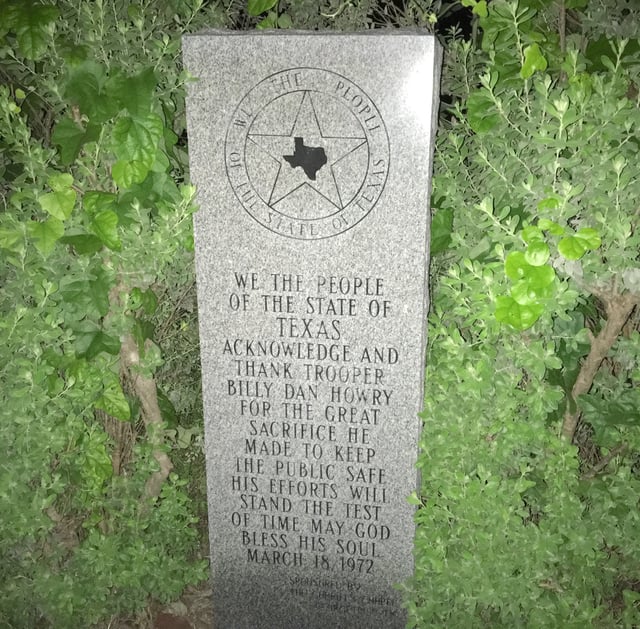 “Hey, there’s a memorial here to a fallen officer!” He looked up the name on the ODMP. “He was a highway patrolman and died here in 1972.  It says Billy Dan Howry was killed by a drunk driver.” I wrapped up my blogpost, snapped the laptop shut, and got out to take a look. 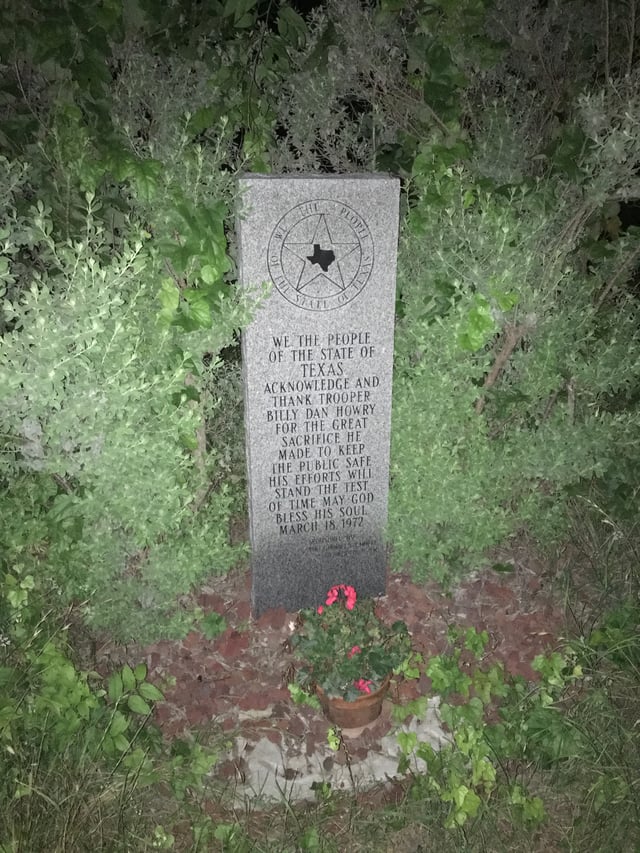 The granite memorial is overgrown by trees and shrubs. Had we been driving, even slowly, along the access road, we never would have seen it. If it we’d been looking for it in the middle of the day, it still would be hard to find. But there we were, thinking about a fallen officer in the town nearby, and we were drawn stop no more than 20 feet from another memorial. This one, the Howry memorial, dating from 1972, still shows that someone remembers. At the base of the stone is a pot of flowering geraniums. We may have a hard time finding this place again, but someone knows and honors the memory of Officer Billy Dan Howry. 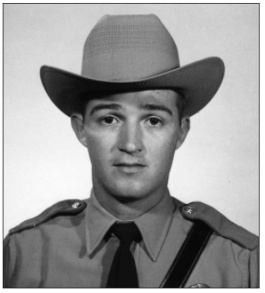